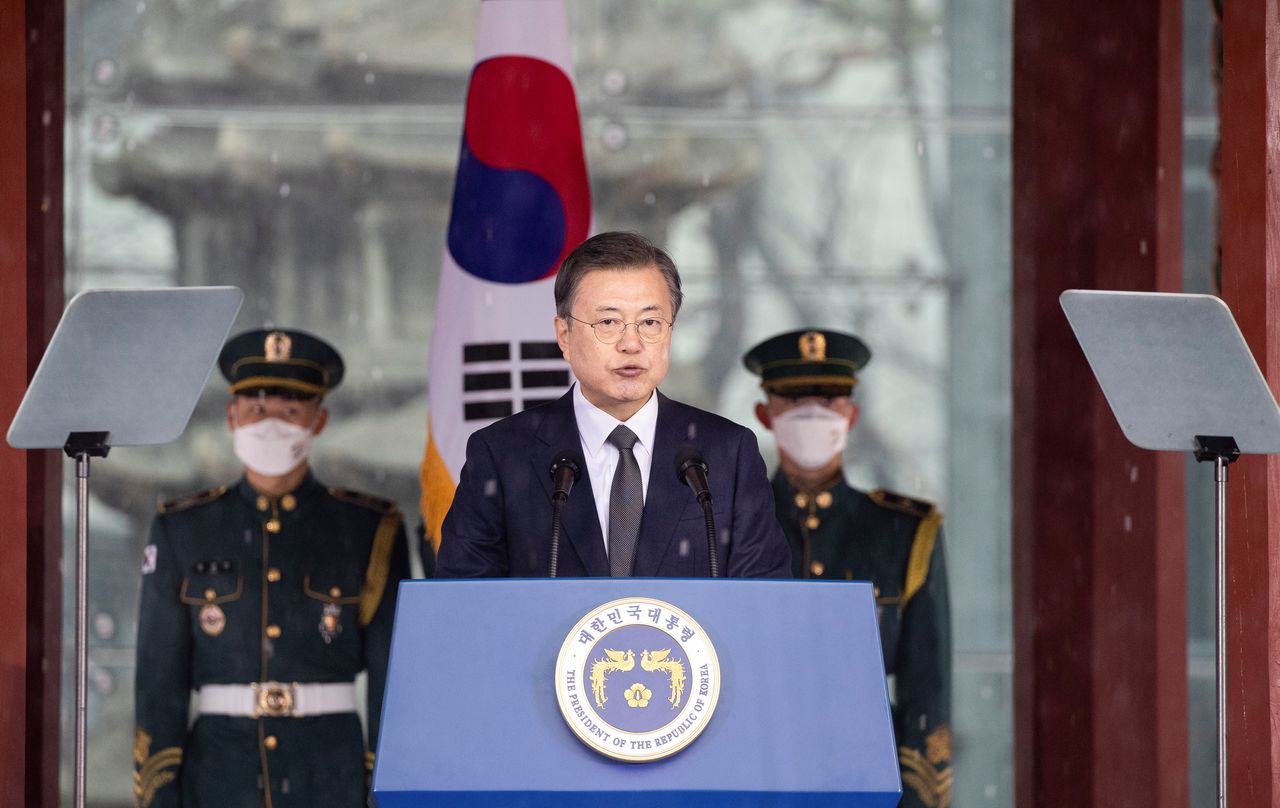 SEOUL (Reuters) - South Korea’s President Moon Jae-in said on Monday that the Tokyo Olympics could provide a chance to reopen talks between North Korea and the United States, North Korea and Japan, and the two Koreas.

Speaking at a ceremony marking the 102nd anniversary of the March 1 Independence Movement Day in Seoul, Moon also said South Korea will work with Japan for the success of the Tokyo Olympics, which could help the two countries recover from the fallout from the coronavirus pandemic.

Moon’s speech came as North Korea’s relations with South Korea and Japan have soured after its denuclearisation negotiations with the United States fell apart in 2019.

Seeking to take a page from its 2018 Winter Olympics, Seoul is pinning high hopes on the Tokyo Olympics to revitalise diplomacy with North Korea despite uncertainty over the coronavirus pandemic and Pyongyang’s cutoff of exchanges with the outside world.

“I hope that both Korea and Japan will be able to revive our economies, which were hit by the COVID-19 pandemic, and jointly create a new order in the post-COIVD-19 era.”

In January, a Seoul court for the first time ordered Japan to compensate 12 former “comfort women” who were forced to work in its wartime brothels, following a 2018 ruling by South Korea’s Supreme Court that two Japanese firms should compensate some wartime forced labourers.

Both rulings drew a rebuke from Tokyo, which says the women and labour issues were settled under a 2015 deal and 1965 treaty, respectively.

Moon said he was “ready to sit down” for talks with Japanese officials on those issues while seeking “wise solutions based on a victim-centred approach.”

“We must not let the past hold us back,” he said. “I am confident that if we put our heads together ... we will also be able to wisely resolve issues of the past.”