Z Holdings said it is targeting sales of 2 trillion yen and operating income of 225 billion yen in three years, as the COVID-19 pandemic boosts demand for online services.

Following a complex transaction, two thirds of Z Holdings shares will be owned by a new holding company, A Holdings, owned 50:50 by SoftBank Corp and South Korea’s Naver Corp.

Z Holdings remains a consolidated subsidiary of SoftBank. Naver was the previous majority owner of Line.

The CEOs of Z Holdings and Line, Kentaro Kawabe and Takeshi Idezawa respectively, become co-CEOs of the combined entity, reflecting the hybrid origin of the firm which straddles e-commerce, payments, advertising and chat.

Kawabe pointed to the breadth of those services, many of which are deeply embedded in the lives of Japanese consumers, as its defence against rivals like Google parent Alphabet and Amazon.com and their larger research budgets.

In an early indicator of efforts to save on costs, Z Holdings said it was looking to integrate Line’s QR code payment service Line Pay into peer PayPay, which SoftBank has promoted aggressively to attract consumers away from cash, in April 2022.

Z Holdings retains its listed status, one of a number of such firms among SoftBank’s domestic holdings, despite calls for Japanese firms to unwind such structures. 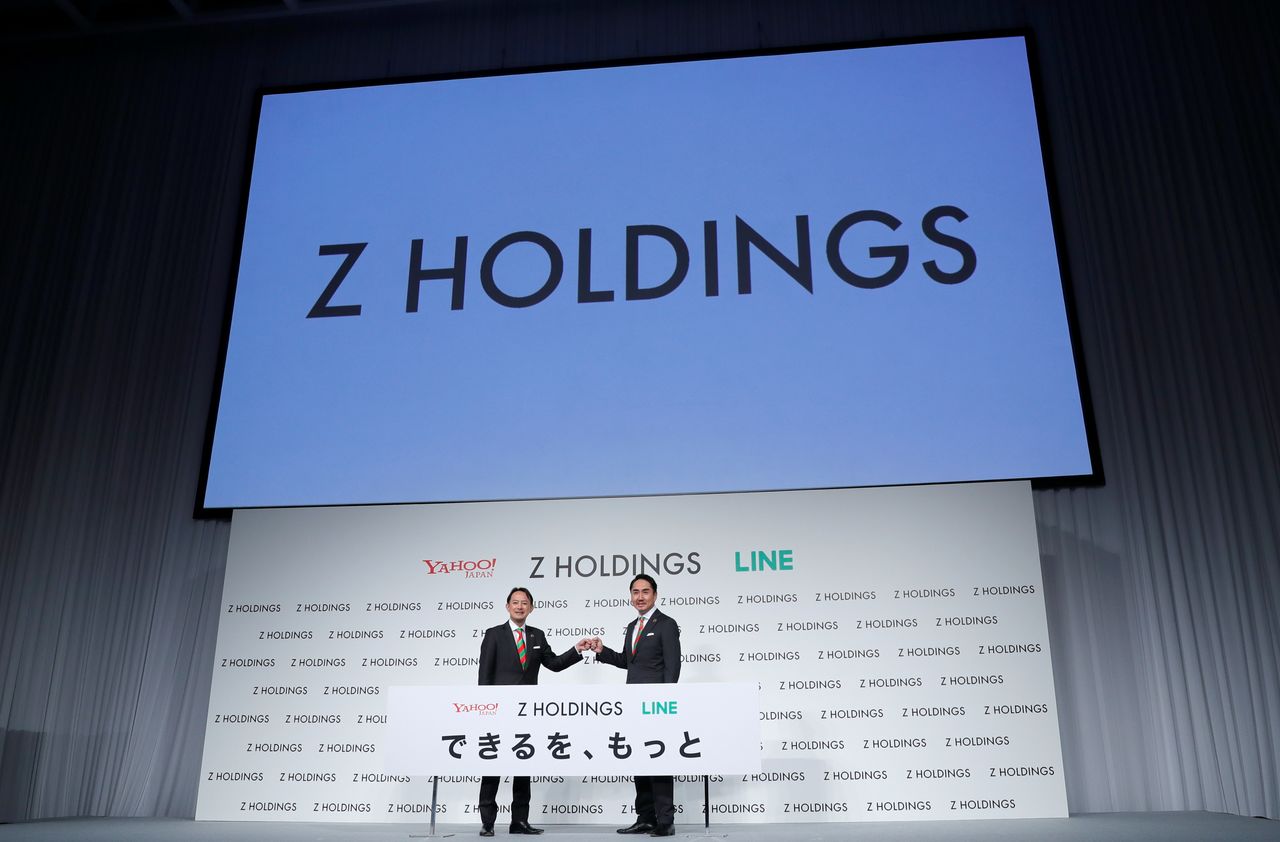 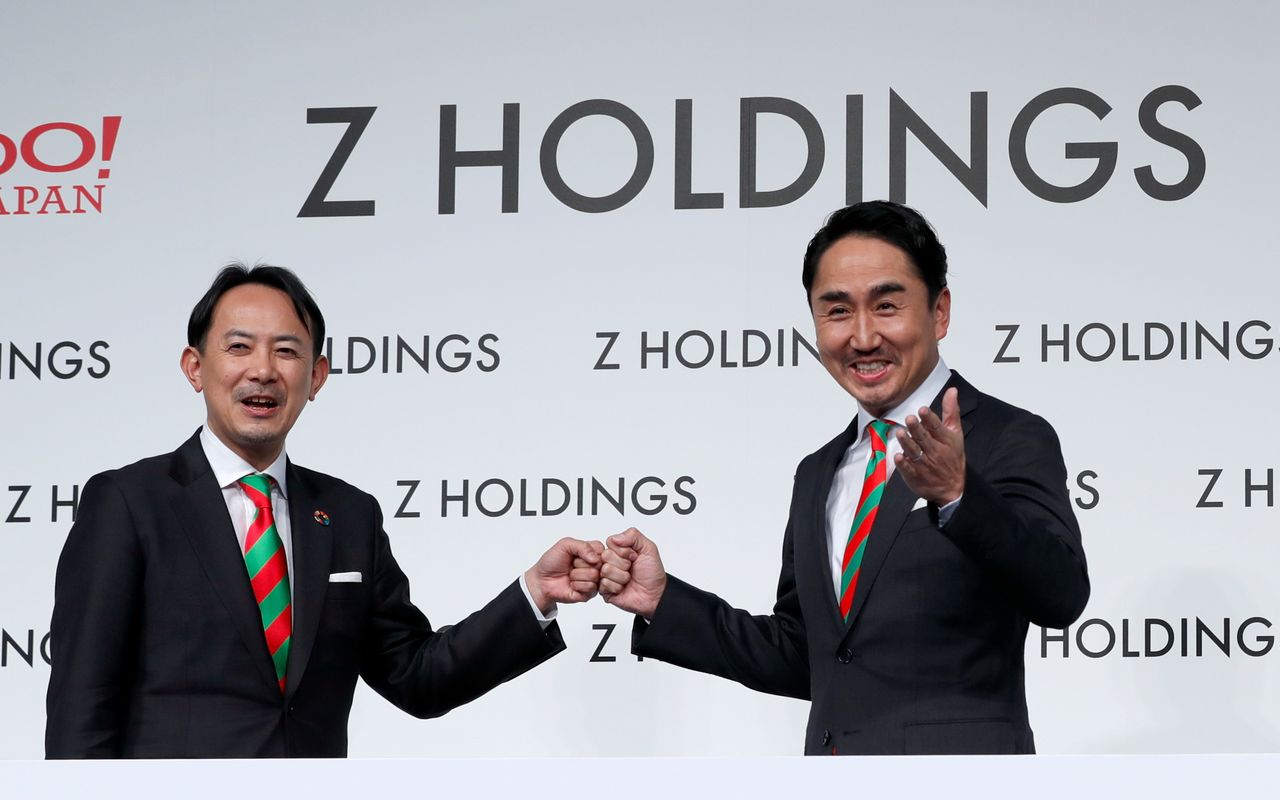 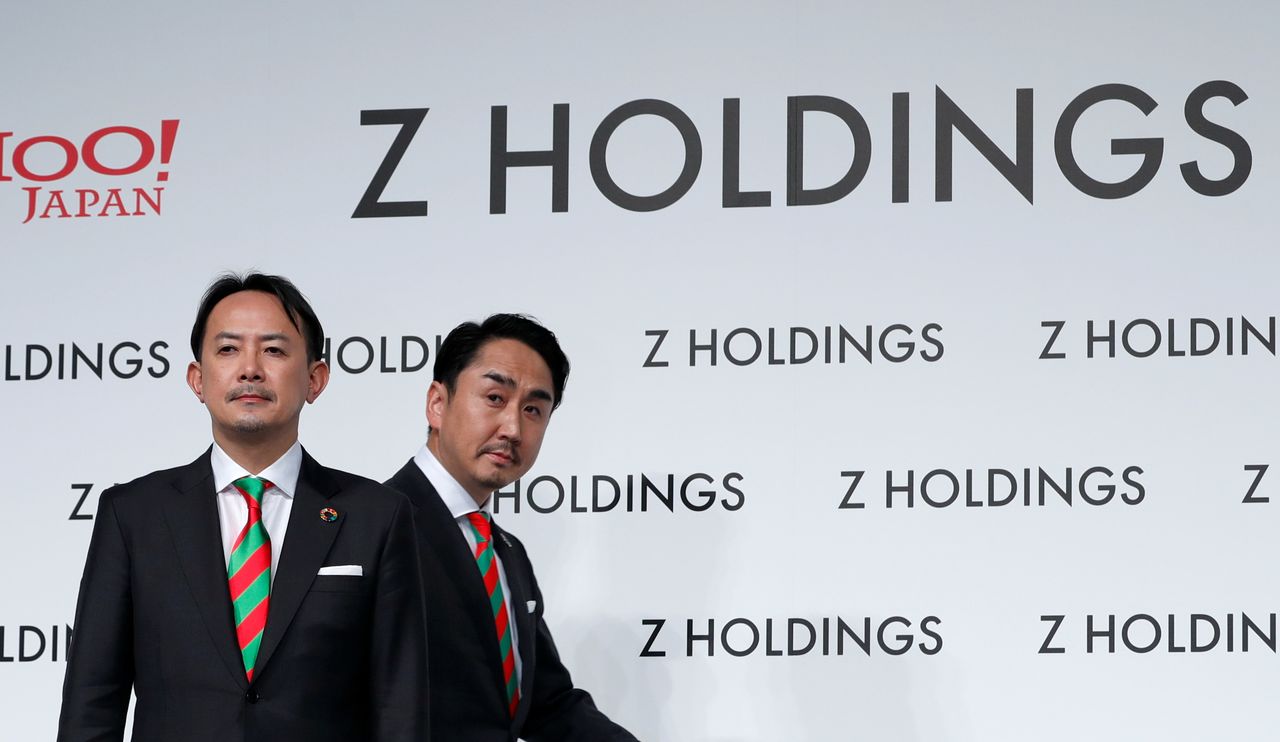