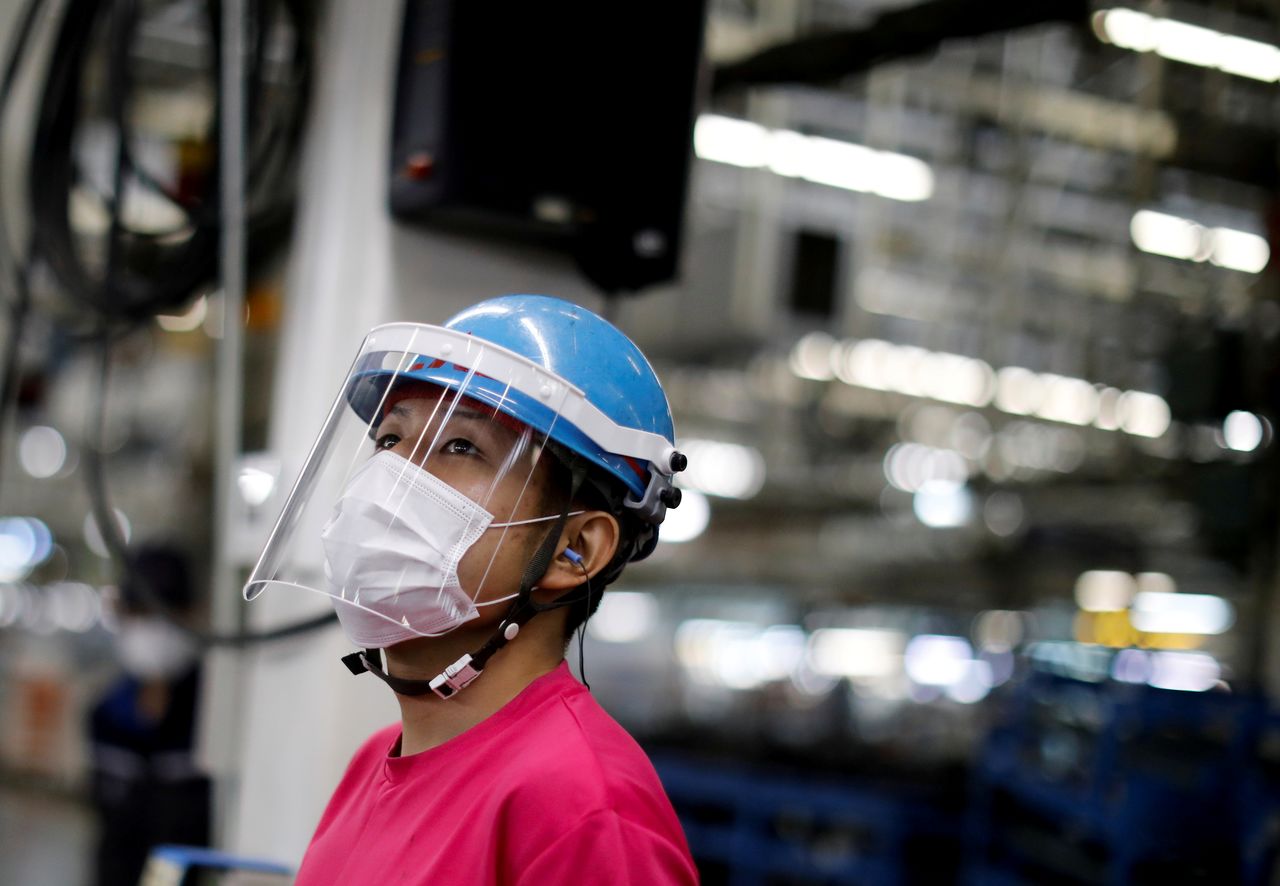 TOKYO (Reuters) - Japanese companies slashed spending on plant and equipment for the third straight quarter in October-December as manufacturers cut costs, casting doubt about the strength of the country’s recovery as the COVID-19 pandemic hits private demand.

Weakness in capital expenditure is likely to worry policymakers counting on private-sector investment to help the world’s third-largest economy decisively shake off the health crisis.

Capital spending fell 4.8% in October-December compared with the same period a year earlier, Ministry of Finance (MOF) data showed on Tuesday, posting a third straight quarter of declines following a 10.6% drop in July-September.

“As they’re seeing a recovery on the back of increased China and U.S.-bound exports, they’re firmly securing profits, but on the other hand they’re making quite an effort to reduce costs,” he added.

Business expenditure shrank 0.3% quarter-on-quarter on a seasonally adjusted basis, the data showed, with manufacturers slashing investments including on software at a faster pace and for the third straight quarter.

Before the health crisis hit, capital spending had been a bright spot in Japan’s export-reliant economy, driven by investment in automation and the high-tech sector as firms sought to cope with labour shortages in the ageing society.

Ordinary corporate profits dropped 0.7% in October-December compared with the same period a year before, extending declines to their seventh straight quarter.

While manufacturers posted the first increase in ordinary profits in 10 quarters year-on-year, their business spending fell 8.5% compared to the same period a year earlier.

Sales dropped 4.5% year-on-year in October-December, down for the 6th straight quarter and slowing further from the previous period’s 11.5% decline.

The jobless rate was unchanged at 2.9% in January from the previous month. Job availability climbed to 1.10 from the prior month’s revised 1.05, hitting its highest since June last year when the ratio stood at 1.12, labour ministry data showed.

“New job offers should rebound soon and lead to a further pickup in employment as the economy resumes its recovery,” said Tom Learmouth, Japan economist at Capital Economics.