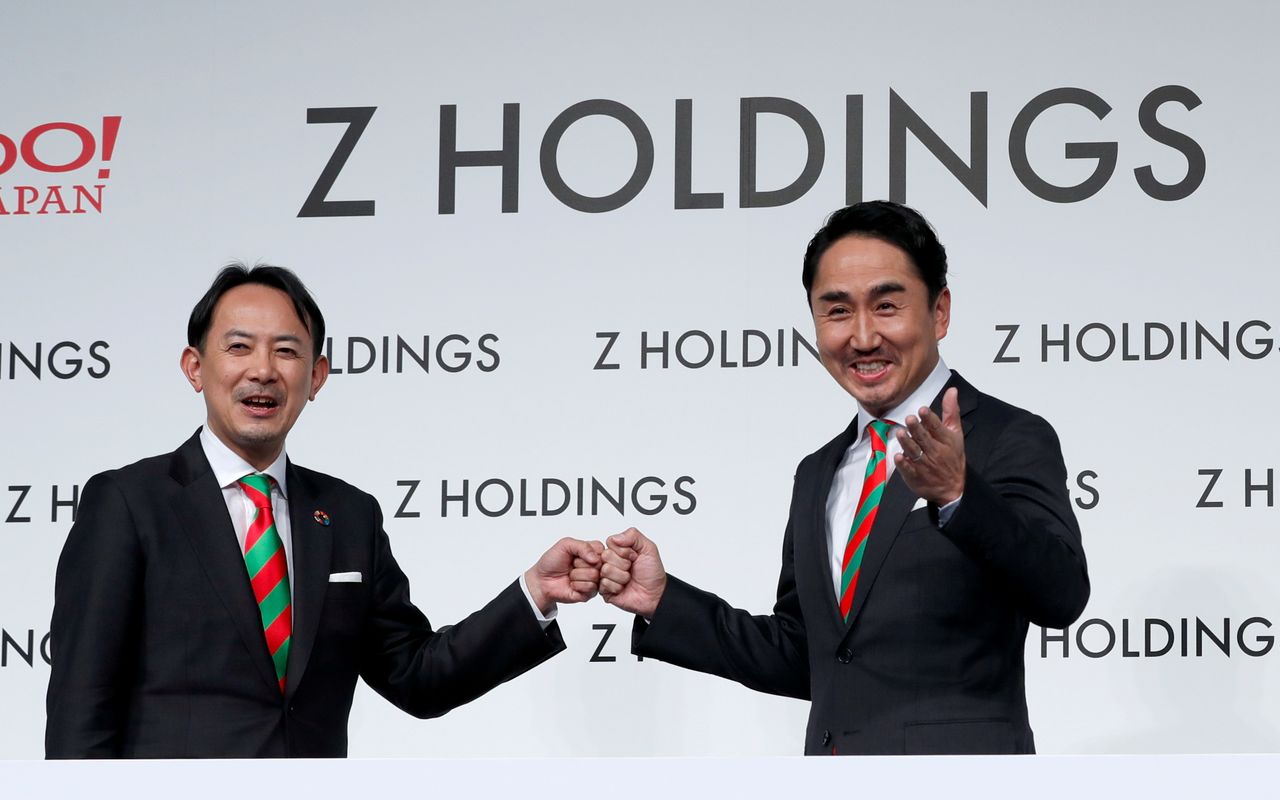 By Sam Nussey and Noriyuki Hirata

TOKYO (Reuters) - SoftBank aims to double user numbers at its PayPay QR code payment app in the next three to four years, an executive at its domestic internet subsidiary Z Holdings told Reuters on Wednesday, as it seeks to extend its lead in cashless payments.

PayPay has used SoftBank’s sales network and aggressive rebates to attract 36 million users in the three years since launch, driving a shift to push Japanese consumers to digital payments away from their traditional preference for cash.

“We want to double the user base during the investment phase,” Z Holdings co-CEO Kentaro Kawabe said in a joint interview with fellow co-CEO Takeshi Idezawa.

Z Holdings announced on Monday that Line Pay, which has 39 million users but is less widely used and has signed up fewer merchants, would be merged with PayPay in 2022.