Japan embarks on random and targeted COVID-19 testing, but some experts call for more 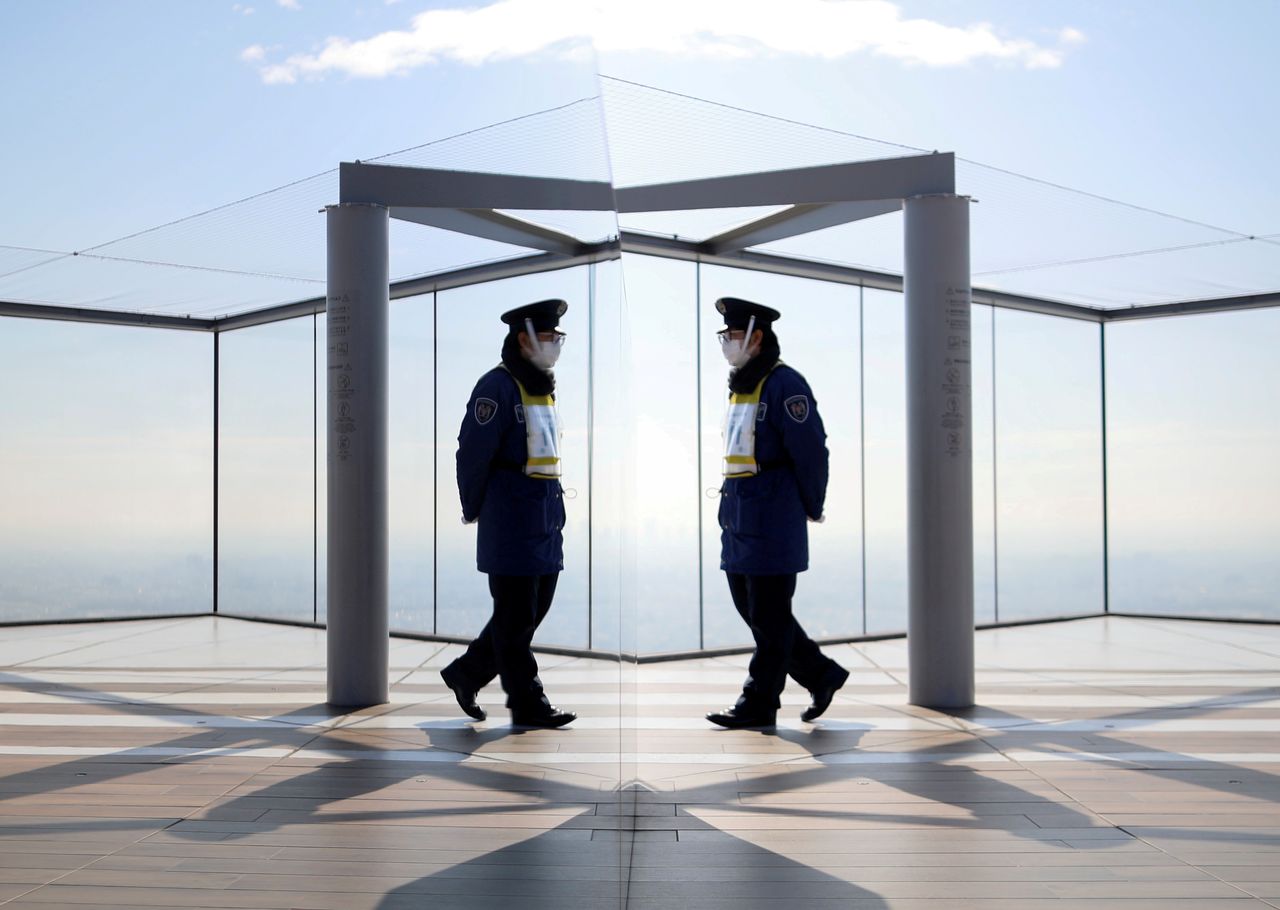 FILE PHOTO: A security guard wearing a protective face mask is reflected on the surface of an object, amid the coronavirus disease (COVID-19) outbreak, at an observation deck in Tokyo, Japan January 22, 2021. REUTERS/Issei Kato/File Photo

By Rocky Swift and Kiyoshi Takenaka

TOKYO (Reuters) - Last week, about 600 people were tested for the coronavirus in the city of Utsunomiya, north of Tokyo - the Japanese government’s first stab at systematic random and targeted testing that it hopes will prevent a new wave of infections.

Some 300 people walking in the city and another 300 at local schools were given saliva-based PCR or polymerase chain reaction tests.

Compared to mass-testing drives in South Korea, China and other nations, it was a small effort but for Japan, the testing exercise - set to be replicated in many parts of the country - represents a significant step up.

Concerned by highly transmissible variants of the virus and asymptomatic spread, Japan revised its pandemic strategy in early February, and the new testing comes as many regions emerge from a two-month state of emergency and Tokyo prepares to host the Olympics from July.

However, many health experts argue the updated strategy still falls far short of what is needed, especially given that inoculations have only just started and vaccine supplies are limited.

The health ministry’s policy of eschewing mass-testing to conserve manpower and hospital resources is “upside down and totally wrong,” says Yusuke Nakamura, a renowned geneticist and cancer researcher.

He believes Japan has squandered opportunities to drive down infections to zero with extensive PCR testing and should be investing heavily in automated PCR testing systems.

The government conducts around 40,000 PCR tests a day, about a quarter of its capacity, restricting tests to people who are symptomatic or who have had a high chance of being infected.

Over the course of the pandemic, it has performed about 60 COVID-19 tests per 1,000 people, compared with 130 in South Korea or 1,000 in the United States, according to the Our World in Data website run by an Oxford University research programme.

Instead, Japan has concentrated on busting up clusters by tracing their sources, with the health ministry defending its COVID-19 testing regime as in line with standards set by the World Health Organization.

To be fair, that policy combined with instructions to the public to avoid crowded and poorly ventilated places as well as widespread mask-wearing, had been relatively successful in containing the virus until a surge in infections early this year.

This year’s state of emergency, Japan’s second and which focused on getting restaurants and bars to close at 8 p.m., has brought cases down sharply. Tokyo is currently averaging less than 300 cases daily over the past seven days, compared with several days of more than 2,000 cases in early January.

Health Ministry officials have also argued that testing is sufficient if the coronavirus positivity rate is around 5% or less. Japan’s 7-day average positivity rate as of end-February was 2.8% while Tokyo’s was 3.5%.

The calls for more testing, however, have also found backers among some lawmakers.

“Now that cases are going down, this is our chance to expand testing,” said Yuichiro Tamaki, who leads the Democratic Party for the People, a small opposition party. He wants the government to provide free, antigen-based self-testing kits to every citizen.

Tamaki says he has the support of other lawmakers including some from the ruling Liberal Democratic Party as widespread testing could allow the government to restart tourism promotion campaigns.

Underscoring misgivings about the central government efforts, some local governments are taking matters into their own hands. The cities of Ichikawa and Inzai, east of Tokyo, are offering free PCR tests to people over 65, while Hiroshima has set up five temporary PCR test centres for free.