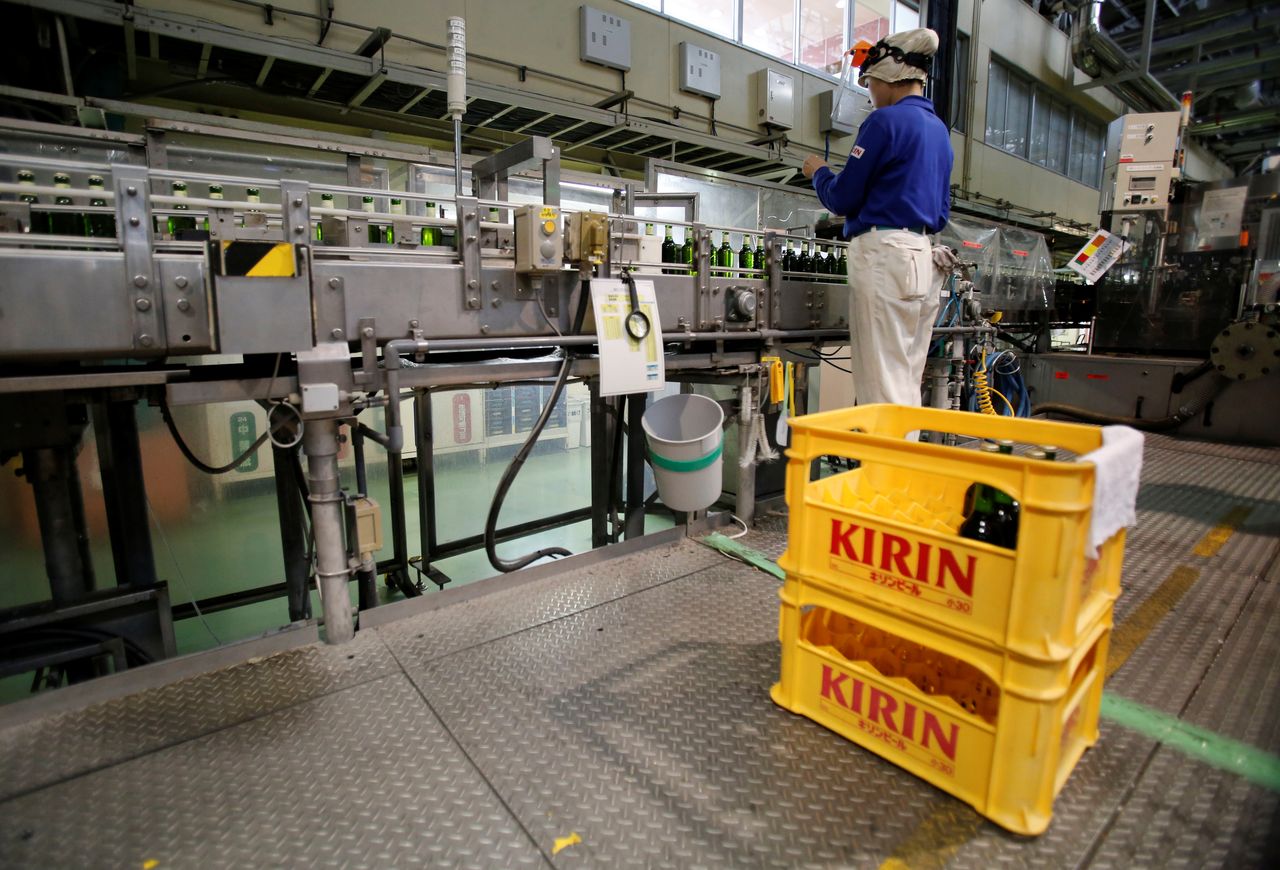 OSLO (Reuters) - The Norwegian central bank said on Wednesday it had put Japan’s Kirin Holdings Ltd Co on a watch list for possible exclusion from its $1.3 trillion sovereign wealth fund over the beverage giant’s business ties to Myanmar’s military.

Kirin on Feb. 5 said it would end its partnership with Myanma Economic Holdings Public Company Limited (MEHPCL), a company run by Myanmar’s army, after a military coup deposed the democratically elected government.

As part of its decision on whether to maintain its ownership in Kirin, the Norwegian fund will monitor the implementation of the company’s plan to end the ties, Norway’s central bank said in a statement.

Kirin’s decision effectively scraps the Myanmar Brewery joint venture, in which the Japanese firm’s controlling stake was valued at up to $1.7 billion, although Kirin also said it still wanted to keep selling beer in Myanmar.

Norges Bank Investment Management (NBIM), which manages the world’s largest sovereign wealth fund, held a 1.29% stake in Kirin Holdings at the end of 2020 with a value of $277.1 million.

“We remain focused on urgently implementing the termination of our joint-venture partnership with MEHPCL,” Kirin said in an emailed statement to Reuters.

“As part of this, we hope to find a way forward that will allow Kirin to continue to contribute positively to Myanmar. We value opinions and feedback from all of our stakeholders and are open to constructive engagement on this matter,” it added.

The Norwegian sovereign fund, formally called the Government Pension Fund Global and set up in 1996 to save petroleum revenues for future generations, owns about 1.5% of all globally listed shares.

Holding stakes in around 9,100 companies worldwide, it has set the pace on a host of issues in the environmental, social and corporate governance (ESG) field, and its decisions are often followed by other investors.

The bank separately said it would allow the wealth fund to invest again in Poland’s Atal SA, which had been excluded since 2017 for risk of human rights violations through its use of North Korean workers at Polish construction sites.

“As a result of a resolution in the United Nations Security Council, all North Korean workers have now been sent out of Poland. Therefore, there are no longer grounds for excluding the company,” Norges Bank said.

Atal did not immediately respond to an email seeking comment.

A third firm, Germany’s Thyssenkrupp AG, will be the subject of an “active ownership” process as the fund’s management seeks to probe the company’s anti-corruption work, Norges bank said.

“Norges Bank has been in dialogue with the company over a long period of time. We therefore have a good foundation for active ownership on the issues to which this matter relates,” the central bank said.

Thyssenkrupp did not immediately respond to an email seeking comment.