Decision on foreign spectators up to Japan, says IOC’s Coates 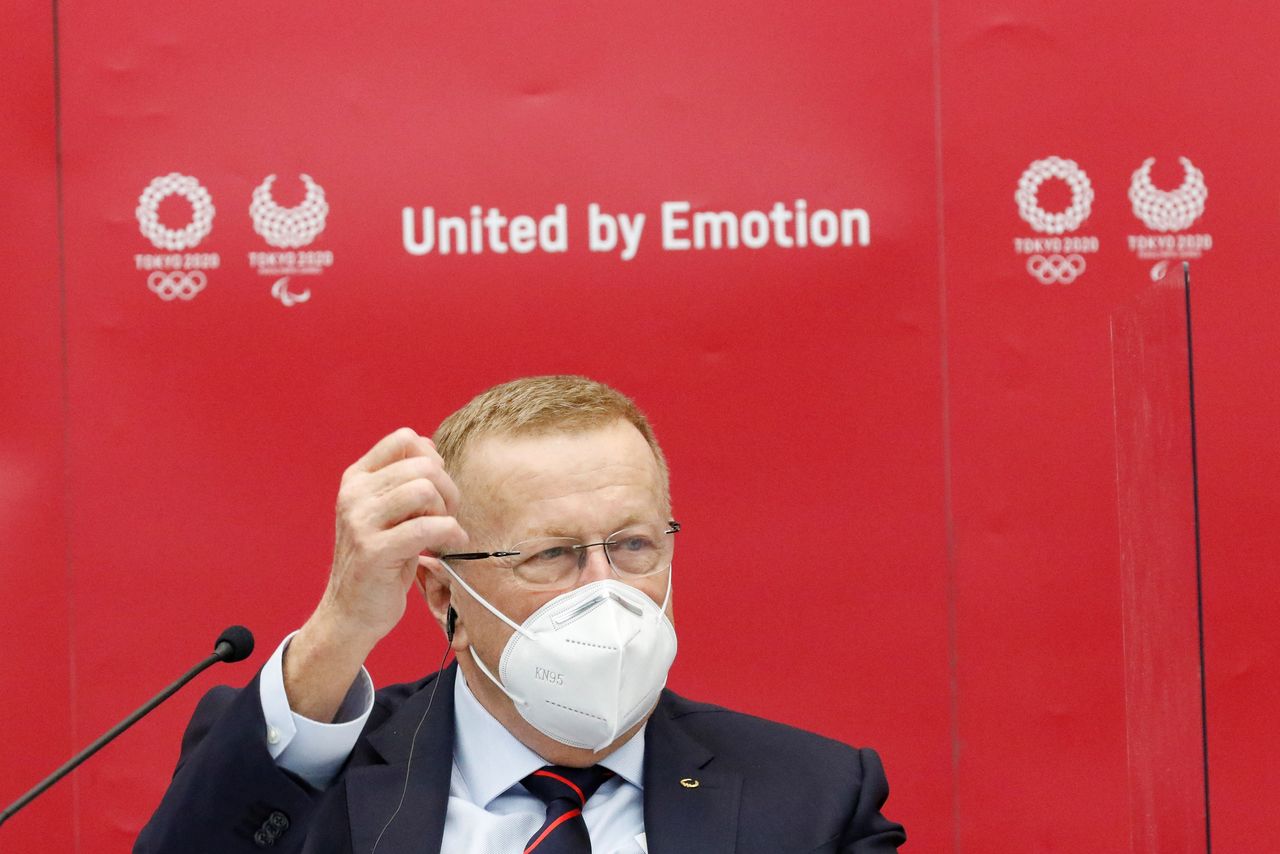 FILE PHOTO: John Coates, Chairman of the Coordination Commission for the Games of the XXXII Olympiad Tokyo 2020, wears a face mask as he speaks during a joint press conference with the organizers of Tokyo 2020 at Harumi Island Triton Square Tower Y in Tokyo, Japan November 18, 2020. Rodrigo Reyes Marin/Pool via REUTERS

TOKYO (Reuters) - The decision whether to allow overseas spectators to attend the Summer Games is up to Japan, a senior International Olympic Committee official said on Thursday, signalling that it is up to the host nation what to do about fans in venues.

The comments came after Tokyo 2020 President Seiko Hashimoto said she wanted to reach a decision on foreign spectators by the start of the torch relay on March 25. Olympics Minister Tamayo Marukawa said the government would decide by the month-end.

“I will let the government make a decision on that. I think they’ll talk about foreign spectators later this month,” John Coates, head of the IOC’s coordination committee for the Games, told Japanese broadcaster TBS.

Marukawa has also said the government would decide on maximum capacity for domestic spectators in April, ahead of the Games’ July 23 start.

The Mainichi newspaper and other domestic media have said the government planned to bar overseas spectators over concerns they would spread the coronavirus, which led to the postponement of the Games from the originally scheduled date last year.

Opinion polls have shown most Japanese oppose holding the Games this year during the pandemic.