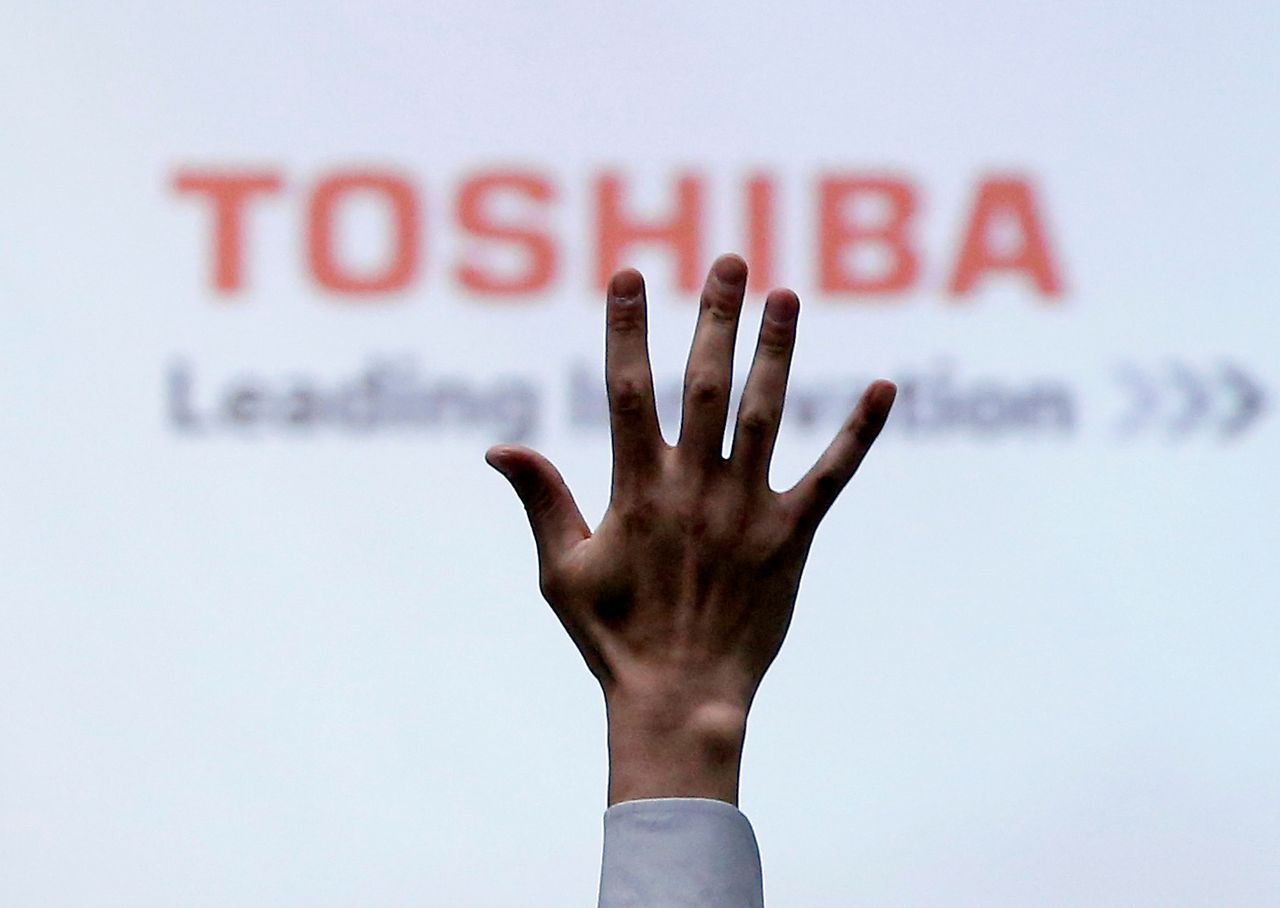 FILE PHOTO: A reporter raises his hand for a question during a Toshiba news conference at the company headquarters in Tokyo, Japan June 23, 2017. REUTERS/Issei Kato/File Photo

By Makiko Yamazaki and Takashi Umekawa

TOKYO (Reuters) - Effissimo Capital Management has gained further backing in its push for a probe into Toshiba Corp, but big stakes built up by investors like BlackRock have raised questions over how much influence it and other activist shareholders will ultimately wield.

Glass Lewis became on Friday the second major proxy advisor to recommend shareholders vote in favour of an independent investigation into allegations that investors were pressured ahead of last year’s annual general meeting.

Singapore-based Effissimo, which is Toshiba’s top shareholder with a 9.9% stake, made the proposal after investor complaints about the last AGM.

Reuters has reported the Harvard University endowment fund had been told by a Japanese government adviser that it could be subject to a regulatory probe if it voted against management at the AGM. The fund abstained from voting as a result and later learnt there was no basis for any probe, sources have said.

Toshiba conducted its own investigation into complaints about last year’s AGM and found it was not involved in any effort to pressure the Harvard fund. It did not reach a conclusion as to whether there had been any pressure.

The vote about the proposed independent investigation will take place at an extraordinary shareholders’ meeting on March 18.

Activist investors are estimated to hold about 25% of Toshiba’s shares and their dissatisfaction with management saw Chief Executive Nobuaki Kurumatani only narrowly hang onto his job with 57% of the vote at the last AGM.

Toshiba, however, was reinstated in the Topix index on Feb. 25, requiring index-linked funds to purchase its shares - a shift that is expected to dilute the influence of activist shareholders in the longer term.

Both BlackRock Inc and Mizuho Financial Group Inc have built stakes of 5% in Toshiba, filings on Friday and late Thursday showed - stakes which sources familiar with the matter said likely reflects the need to have shares on hand for their customers.

Toshiba shares jumped 6% on the news.

But to vote at the March 18 meeting, shareholders need to have held Toshiba shares as of Feb. 1. It is unclear at what point BlackRock and Mizuho began additional share purchases.

Sumitomo Mitsui Trust Bank Ltd has acknowledged it made mistakes in the counting but Effissimo says some irregularities have not been accounted for.