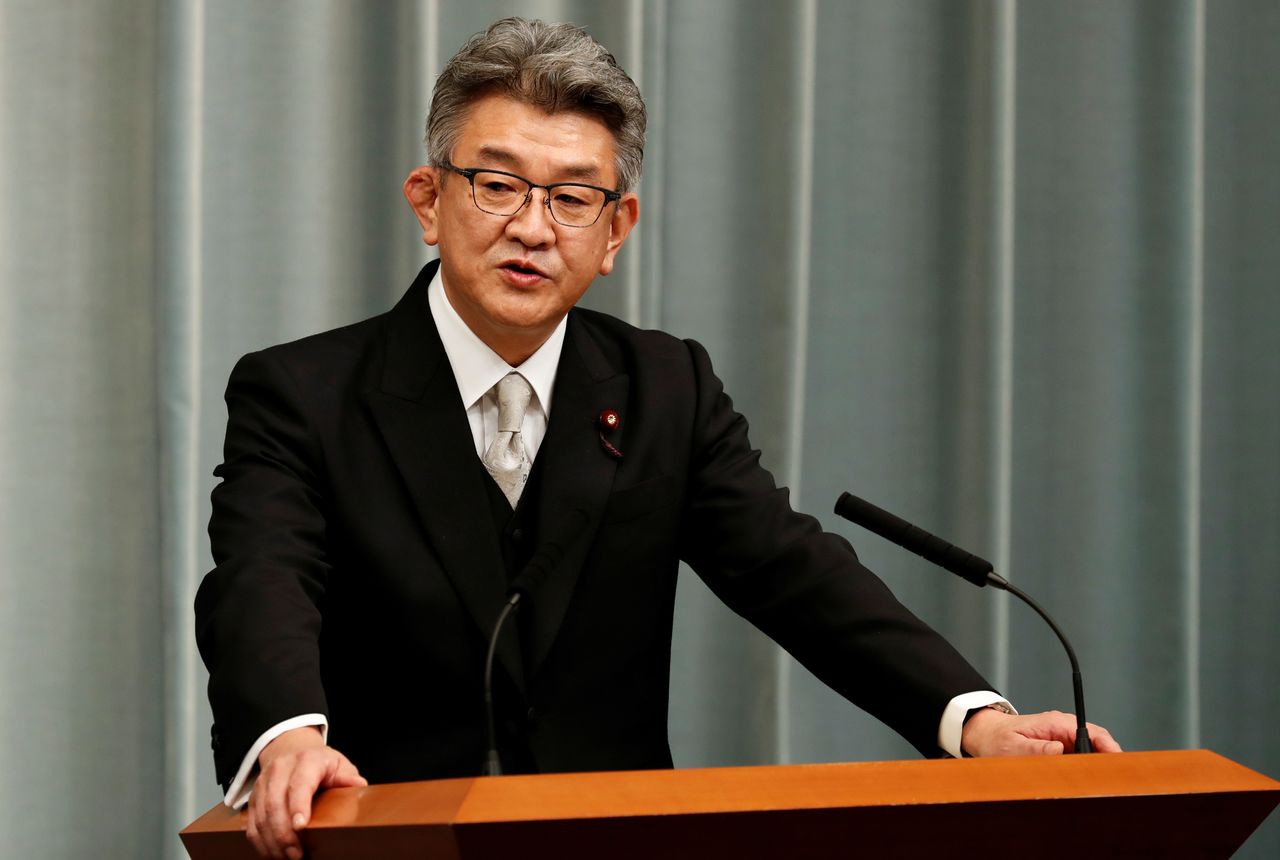 TOKYO (Reuters) - Japan’s internal affairs minister removed a senior bureaucrat from his post and apologised on Monday for what he said could be a breach of the law after an inquiry showed the official attended meals with officials of Nippon Telegraph and Telephone (NTT).

Prime Minister Yoshihide Suga’s administration has faced public criticism after the Shukan Bunshun magazine said internal affairs officials wined and dined with NTT, as well as Suga’s son, an executive at a company that produces television programmes for satellite broadcasters.

Yasuhiko Taniwaki, the vice-minister for policy coordination, was transferred to another section after an investigation by the internal affairs ministry confirmed he had attended the dinners, with NTT president Jun Sawada, among others.

“It’s regrettable that something that seriously undermines trust in public affairs has occurred,” said Ryota Takeda, the minister for internal affairs and communications.

Japan’s National Civil Service Ethics Law forbids government employees from receiving gifts or entertainment from individuals or firms that could be seen to curry favour.

However, a Yomiuri daily poll published on Monday showed support for Suga’s administration outstripping the non-support rate for the first time since December as new coronavirus cases declined.

Support for Suga’s administration rose to 48% in the survey conducted between March 5 and 7, for an increase of nine percentage points from the previous month’s poll.

A spokesman for NTT, which was previously state-owned, declined to comment on the case, saying only that it was considering setting up a third-party panel to investigate.

The internal affairs ministry oversees the telecom and broadcasting industries.

Suga apologised last week after a key government spokeswoman, who hailed from the internal affairs ministry and attended the dinners hosted by Suga’s son along with other officials, resigned.

Lowering cellphone service charges has been a key policy goal for Suga.