Japan COVID-19 inoculations off to snail pace start due to vaccine, syringe shortages 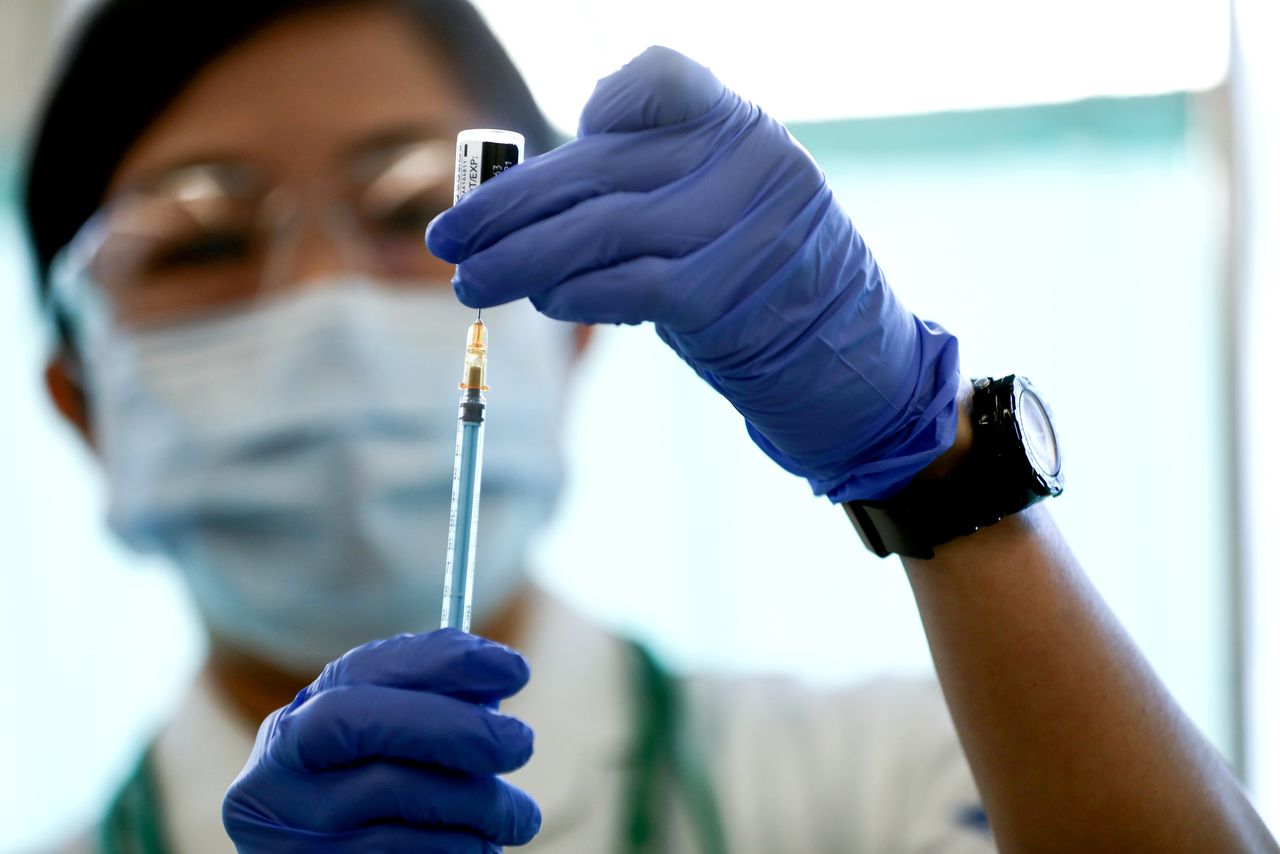 TOKYO (Reuters) -     Japan’s COVID-19 inoculation campaign is moving at a glacial pace, hampered by a lack of supply and a shortage of specialty syringes that underscore the enormous challenge it faces in its aim to vaccinate every adult by the year’s end.

Since the campaign began three weeks ago, just under 46,500 doses had been administered to frontline medical workers as of Friday.

At the current rate, it would take 126 years to vaccinate Japan’s population of 126 million. Supplies are, however, expected to increase in the coming months.

By contrast, South Korea, which began its vaccinations a week later than Japan, had administered nearly seven times more shots as of Sunday.

Unlike many other countries, Japan requires clinical trials for new medicines, including vaccines, to be conducted with Japanese patients, slowing down the approval process.

So far, only the vaccine developed by Pfizer and BioNTech has been approved. Clinical trials in Japan for AstraZeneca and Moderna’s vaccines have been conducted and the vaccines are now awaiting regulatory approval.

“The sense of urgency among the government is not, I think, similar to other G7 countries,” said Haruka Sakamoto, a physician and researcher at Keio University, noting Japan’s comparatively low case numbers and death toll.

Sakamoto said the health ministry’s conservative stance stems from previous examples of a new medicine gaining approval relatively quickly only for the ministry to be criticised by the public and media for going too fast and endangering safety.

The health ministry did not immediately reply with comment on the pace of the inoculation rollout.

Japan is focusing on vaccinating about 4.8 million medical workers first before moving on to its elderly population of 36 million. Vaccine Minister Taro Kono has said that while shots for those over 65 will start next month, supplies will be extremely limited.

Unlike South Korea, which has been using low dead space syringes to extract six or even seven doses of Pfizer vaccine from a vial instead of five, and 12 doses of AstraZeneca vaccine per vial instead of 10, Japan has fallen short on readying sufficient supply of the specialty syringes.

That shortage will mean that some doses will go to waste when shots for the elderly start, Kono said on Friday.

Japan is continuing to negotiate with Pfizer on supplies, Kono said, and imports are expected to increase four-fold in April from March to about 1.7 million vials. Each shipment must be approved by the European Union, which introduced the mechanism in late January to monitor vaccine exports after drug makers announced delays in their supplies to the bloc.

Japan has secured rights to at least 564 million doses of COVID-19 vaccines, the largest volume in Asia, and Prime Minister Yoshihide Suga has pledged to have enough for the whole population by June, before the July 23 start of the Tokyo Olympics.