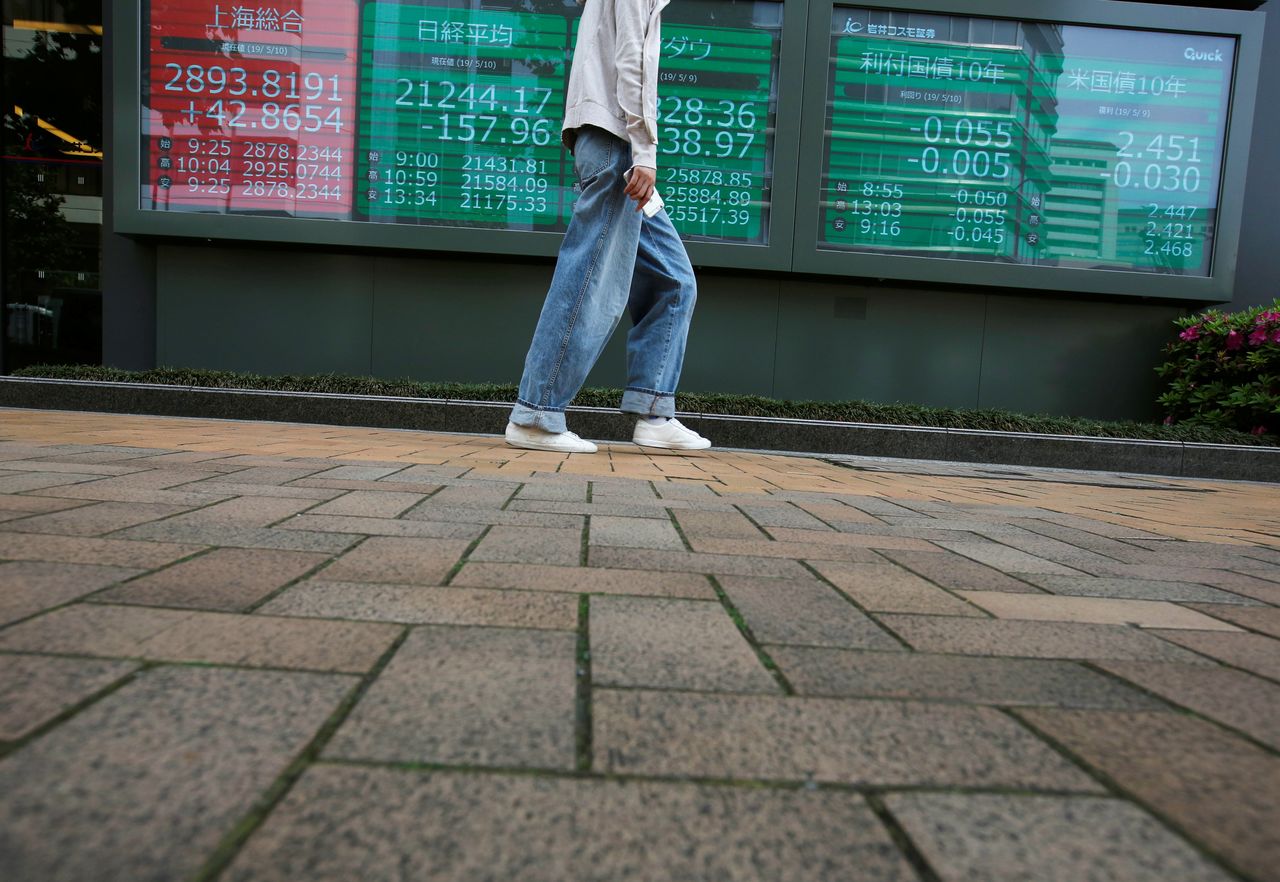 FILE PHOTO: A passerby holding a smart phone walks past in front of a screens showing market indices outside a brokerage in Tokyo, Japan, May 10, 2019. REUTERS/Issei Kato

The smartphone alerts were introduced in Aizuwakamatsu city, Fukushima prefecture, last week by consultancy firm Accenture, which has worked with researchers to revitalise the city using technology since a devastating earthquake in 2011.

Aizuwakamatsu residents can choose to subscribe to the digital services - a markedly different approach to the mandatory initiatives in other smart cities that have been held back by data privacy and surveillance concerns, said Shojiro Nakamura, co-lead of Accenture Innovation Center Fukushima.

“Opt-in is the fundamental approach in our smart city initiatives,” he told the Thomson Reuters Foundation.

“Most smart city data derives from citizens’ activities - energy usage, healthcare, etc - and the owner of the data is the citizen, even if it is held by companies or clinics. So it is critical that citizens have control over the degree to which their data is accessible,” he added.

Other digital tools offered to residents of Aizuwakamatsu are in the areas of mobility, education, healthcare, and energy consumption. Citizens can opt in and share any degree of information they are comfortable with.

Cities around the world are racing to embrace technology in a bid to improve urban life by collecting data to address problems such as traffic gridlock, crime and waste management.

Global spending on smart cities initiatives was estimated to hit nearly $124 billion last year, according to the International Data Corporation (IDC), in a study released before worldwide lockdowns to contain the coronavirus pandemic.

Japan and Latin America were forecast to see the fastest growth in spending on smart cities.

In Japan, smart cities became an area of focus after the 2011 earthquake and tsunami, with local governments partnering with businesses and researchers to tackle social and economic issues including an ageing population and the impacts of climate change, with technologies such as artificial intelligence (AI).

Appliance makers Panasonic and Hitachi, and messaging app LINE are among other companies working on smart cities in Japan.

Toyota Motor broke ground last month on a new smart city near Tokyo, that the automaker said will be a “living laboratory” to test and develop autonomous vehicles, robotics, personal mobility and AI for residents.

“Building a complete city from the ground up, even on a small scale like this, is a unique opportunity to develop future technologies,” Toyota president Akio Toyoda said at the ground-breaking ceremony at the site, a former auto factory.

In China too, Alibaba Group Holdings, Tencent Holdings and Baidu are among companies participating in the government-led planning of more than 100 smart cities.

But while these initiatives have the potential to solve problems, discussions about smart cities in Japan are too “technology-oriented” and “efficiency-oriented”, said Yoshinori Hiroi, a professor at Kyoto University.

“More human elements should be taken into account,” said Hiroi, an advisor at Smart City Institute Japan, citing improvements to the walkabilty of cities.

“We need more diverse agents such as general citizens and nonprofits to be involved in the development of smart cities in Japan,” he added.

(Reporting by Rina Chandran @rinachandran; Editing by Michael Taylor. Please credit the Thomson Reuters Foundation, the charitable arm of Thomson Reuters, that covers the lives of people around the world who struggle to live freely or fairly. Visit http://news.trust.org)