How Toyota thrives when the chips are down

(Reuters) - Toyota may have pioneered the just-in-time manufacturing strategy but when it comes to chips, its decision to stockpile what have become key components in cars goes back a decade to the Fukushima disaster.

After the catastrophe severed Toyota’s supply chains on March 11, 2011, the world’s biggest automaker realised the lead-time for semiconductors was way too long to cope with devastating shocks such as natural disasters.

That’s why Toyota came up with a business continuity plan (BCP) that required suppliers to stockpile anywhere from two to six months’ worth of chips for the Japanese carmaker, depending on the time it takes from order to delivery, four sources said.

And that’s why Toyota has so far been largely unscathed by a global shortage of semiconductors following a surge in demand for electrical goods under coronavirus lockdowns that has forced many rival automakers to suspend production, the sources said.

“Toyota was, as far as we can tell, the only automaker properly equipped to deal with chip shortages,” said a person familiar with Harman International, which specialises in car audio systems, displays and driver assistance technology.

Two of the sources who spoke to Reuters are Toyota engineers and the others are at companies involved in the chip business.

Toyota surprised rivals and investors last month when it said its output would not be disrupted significantly by chip shortages even as Volkswagen, General Motors, Ford, Honda and Stellantis, among others, have been forced to slow or suspend some production.

Toyota, meanwhile, has raised its vehicle output for the fiscal year ending this month and jacked up its full-year earnings forecast by 54%.

While Harman doesn’t make chips, because of its continuity deal with Toyota, it was obliged to prioritise the carmaker and ensure it had enough semiconductors to maintain supplies of its digital systems for four months, or more, the source said.

However, Toyota changed the way it buys MCUs and other microchips after the 2011 earthquake, which caused a tsunami that killed more than 22,000 people and triggered a deadly meltdown at Fukushima’s nuclear power plant.

In the aftermath of the quake, Toyota estimated its procurement of more than 1,200 parts and materials might be affected and it drew up a list of 500 priority items that would need secure supply in the future, including semiconductors made by key Japanese chip supplier Renesas Electronics.

The repercussions of the disaster were so severe it took six months for Toyota to get production outside Japan back to normal levels, having done so at home two months earlier.

It was a big shock to Toyota’s just-in-time system because a smooth flow of components from suppliers to factories to assembly lines - as well as lean inventories - were central to its emergence as an industry leader for efficiency and quality.

At a time when supply chain risk is now front and centre in almost every industry, the move shows how Toyota was ready to throw out its own rule book when it came to semiconductors - and is reaping the rewards.

A Toyota spokesman said one of the goals of its lean inventories strategy was to become sensitive to inefficiencies and risks in supply chains, identify the most potentially damaging bottlenecks and figure out how to avoid them.

“The BCP for us was a classic lean solution,” he said.

Toyota pays for its stockpiling arrangement with chip suppliers by returning a portion of the cost cuts it demands from them each year during the life cycle of any car model under so-called annual cost-down programmes, the sources said.

Inventories of MCU chips - which often combine multiple technologies, CPUs, flash memory and other devices - are held for Toyota by parts suppliers such as Denso, which is partially owned by Toyota Group, chip makers like Renesas and Taiwan Semiconductor Manufacturing, and chip traders.

While there are different kinds of MCUs, those in short supply now are not cutting-edge chips but more mainstream ones with semiconductor nodes ranging from 28 to 40 nanometres, the sources said.

Toyota’s continuity plans for chips has also cushioned it from the impact of natural disasters exacerbated by climate change, such as fiercer typhoons and rain storms which often cause floods and landslides across Japan, including the southern Kyushu region manufacturing hub where Renesas also makes chips.

One of the sources involved in semiconductor supply, said Toyota and its affiliates had become “extra risk averse and sensitive” to the impact of climate change. But natural disasters and are not the only threat on the horizon.

Automakers fear there will be more disruptions to chip supplies because of rising demand as cars become more digital and electric, as well as fierce rivalry for chips from makers of smart phones to computers to aircraft to industrial robots.

The sources said Toyota has another advantage over some rivals when it comes to chips thanks to its long-standing policy of ensuring it understands all the technology used in its cars, rather than relying on suppliers to provide “black boxes”.

“This basic approach sets us apart,” said one of the sources, a Toyota engineer.

“From what causes flaws in semiconductors to gory details about production processes like what gases and chemicals you use to make the process work, we understand the technology inside and out. It’s a different level of knowledge that you can’t simply gain if you’re just buying those technologies.”

There has been an explosion in the use of semiconductors and digital technologies by automakers this century thanks to the rise of hybrid and fully electric vehicles, as well as autonomous driving and connected car functions.

Those innovations require even more computing power and use in part a new category of semiconductors called system on a chip, or SoC, which roughly speaking combines multiple CPUs on one logic board.

The technology is so new and specialised many carmakers have left it to big parts suppliers to manage the risks.

In keeping with its no black box approach, however, Toyota developed a deep in-house understanding of semiconductors to prepare for the launch of its successful Prius hybrid in 1997.

Years before, it poached engineering talent from the chip industry and opened a semiconductor plant in 1989 to help design and manufacture MCUs used to control Prius powertrain systems.

Toyota designed and manufactured its own MCUs and other chips for three decades until it transferred its chip-making plant to Denso in 2019 to consolidate the supplier’s operations.

The four sources said Toyota’s early drive to develop a deep understanding of semiconductor design and manufacturing processes was a major reason why it has managed to avoid being hit by the shortages, in addition to its continuity contracts.

Two of the sources, however, said they were worried the Denso deal might indicate that Toyota was finally willing to ditch its no black box approach, even though the supplier is part of the broader Toyota Group.

“We were okay this time, but who knows what awaits us in the future?” one source said. “We may be losing our grip on technology in the name of technological development efficiency.”

(Reporting by Norihiko Shirouzu from Beijing; Editing by David Clarke) 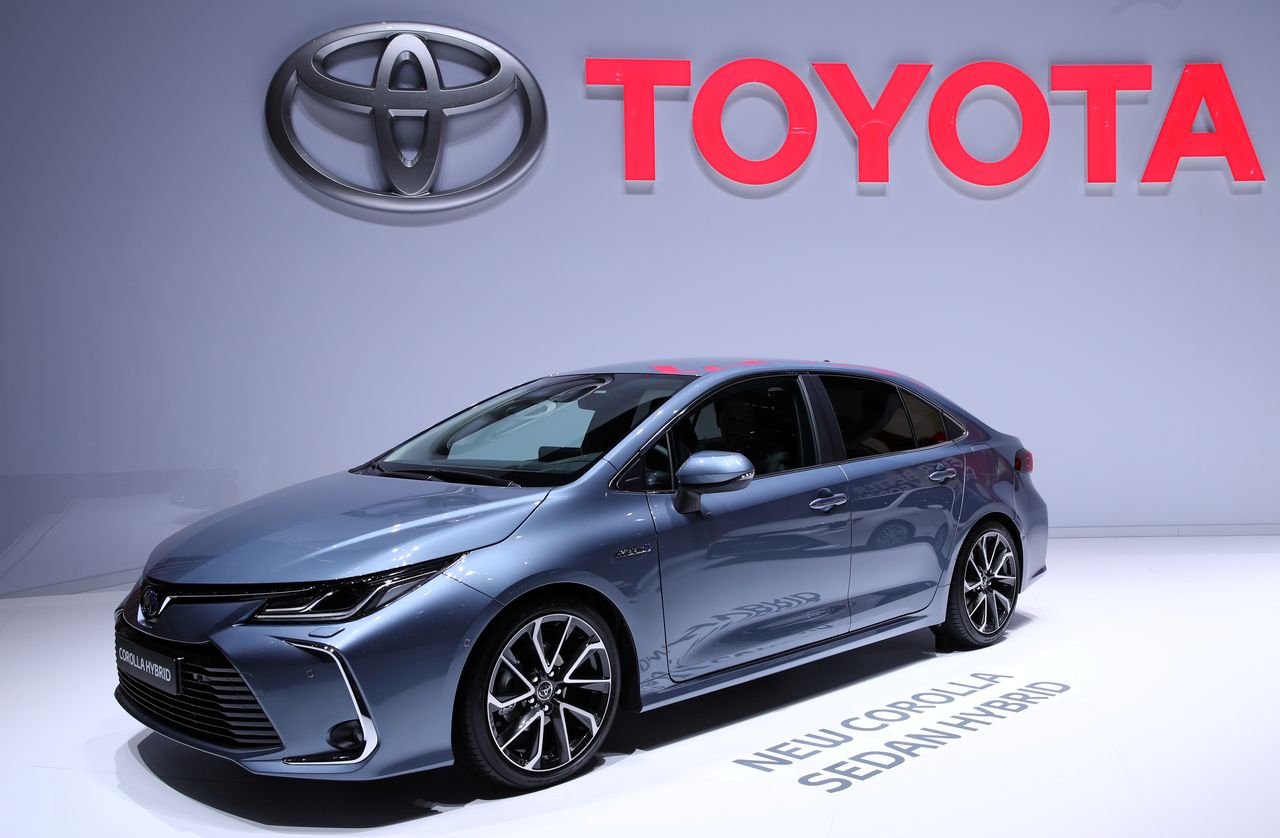 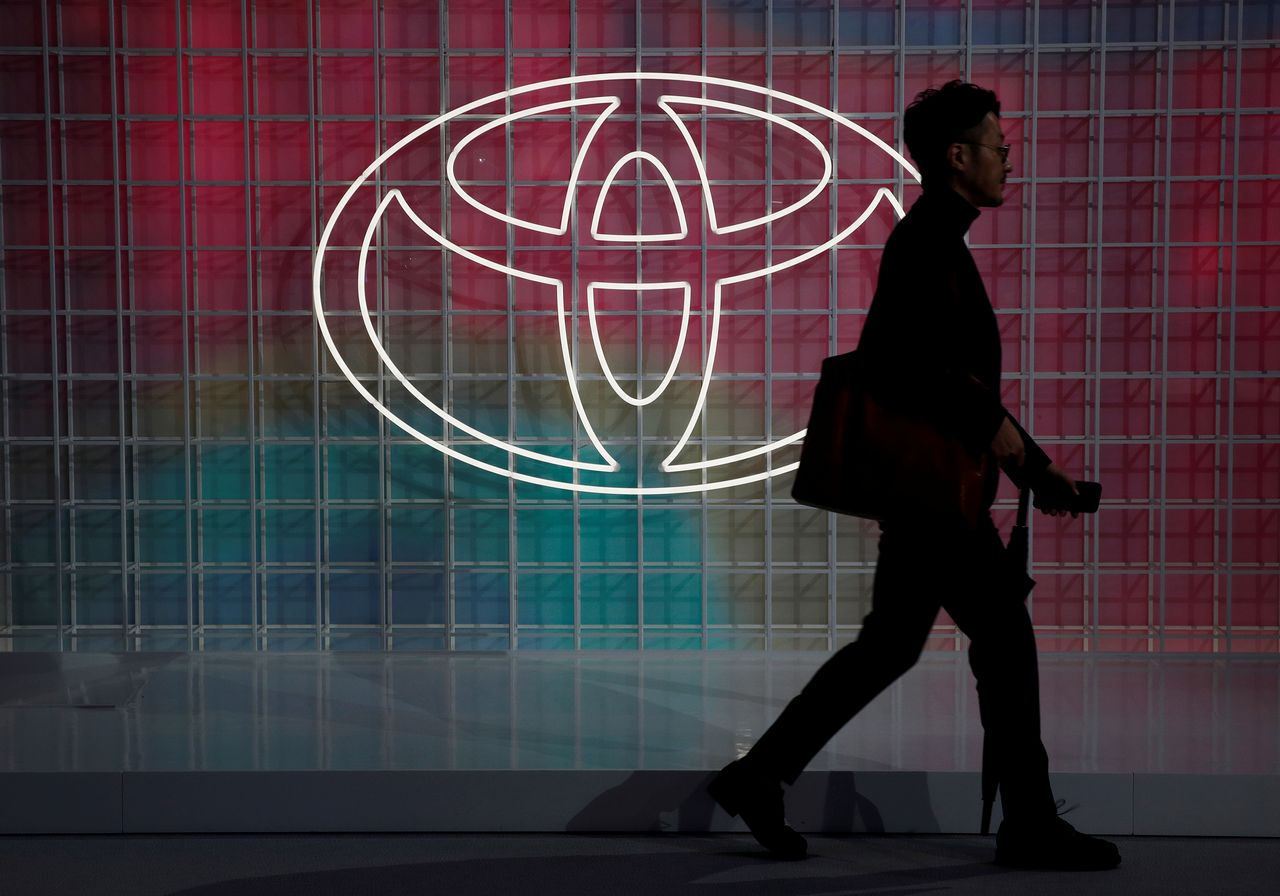 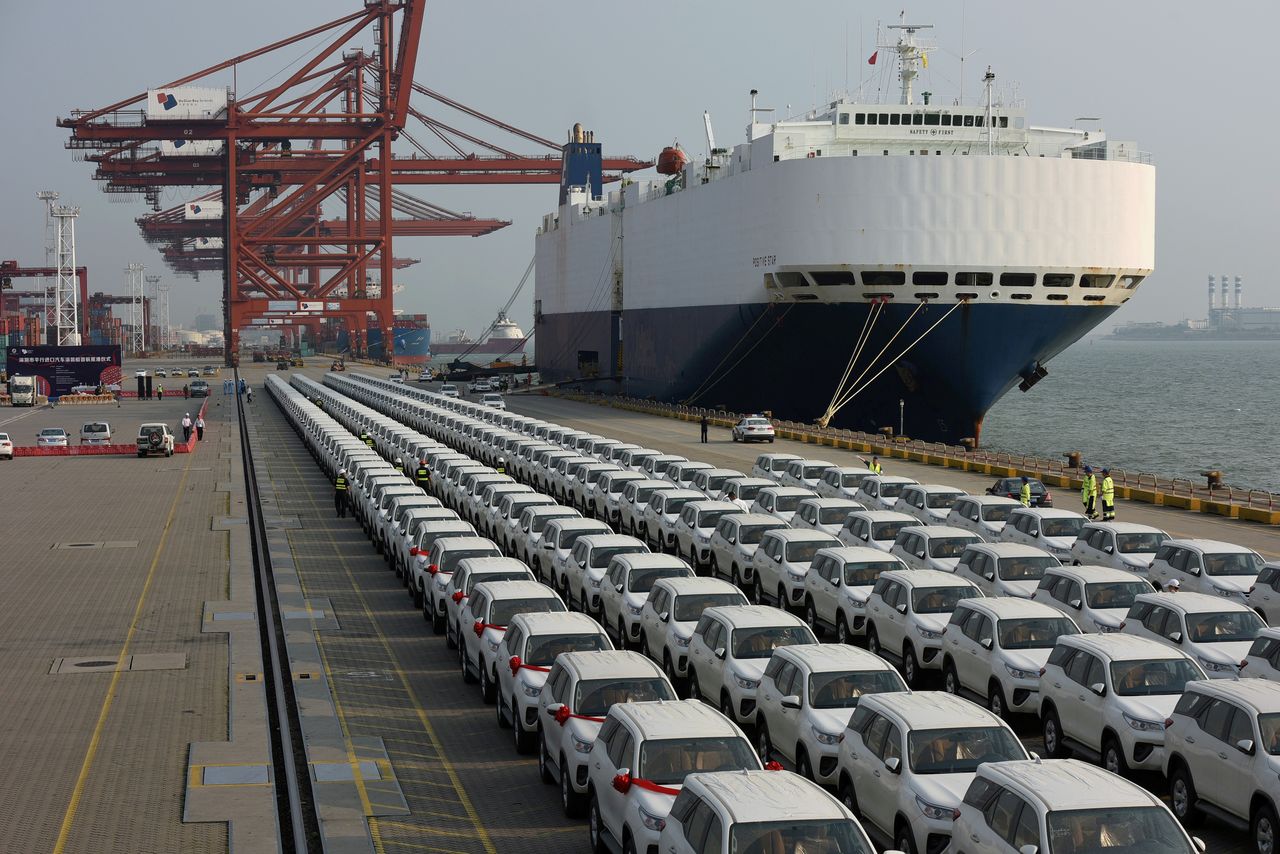 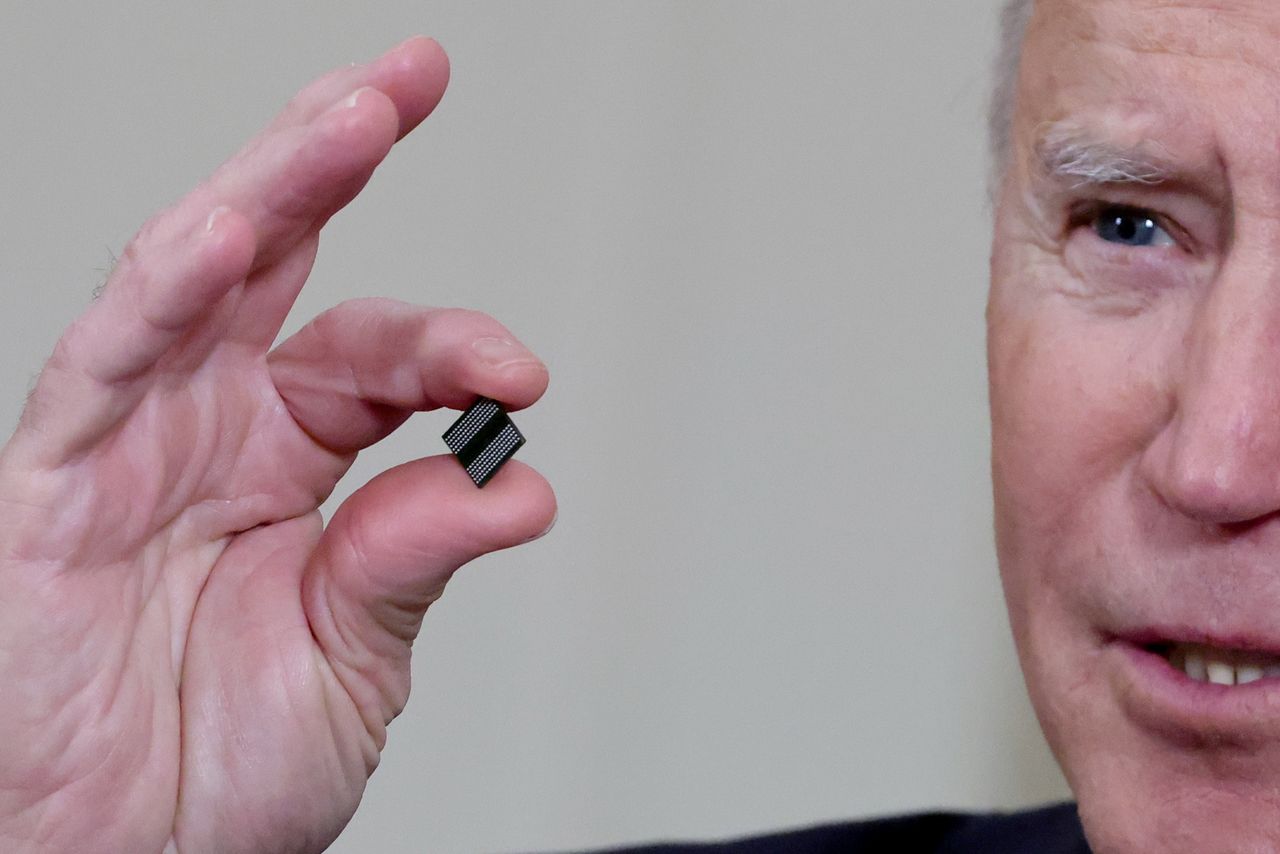 FILE PHOTO: U.S. President Joe Biden holds a semiconductor chip as he speaks prior to signing an executive order, aimed at addressing a global semiconductor chip shortage, in the State Dining Room at the White House in Washington, U.S., February 24, 2021. REUTERS/Jonathan Ernst/File Photo