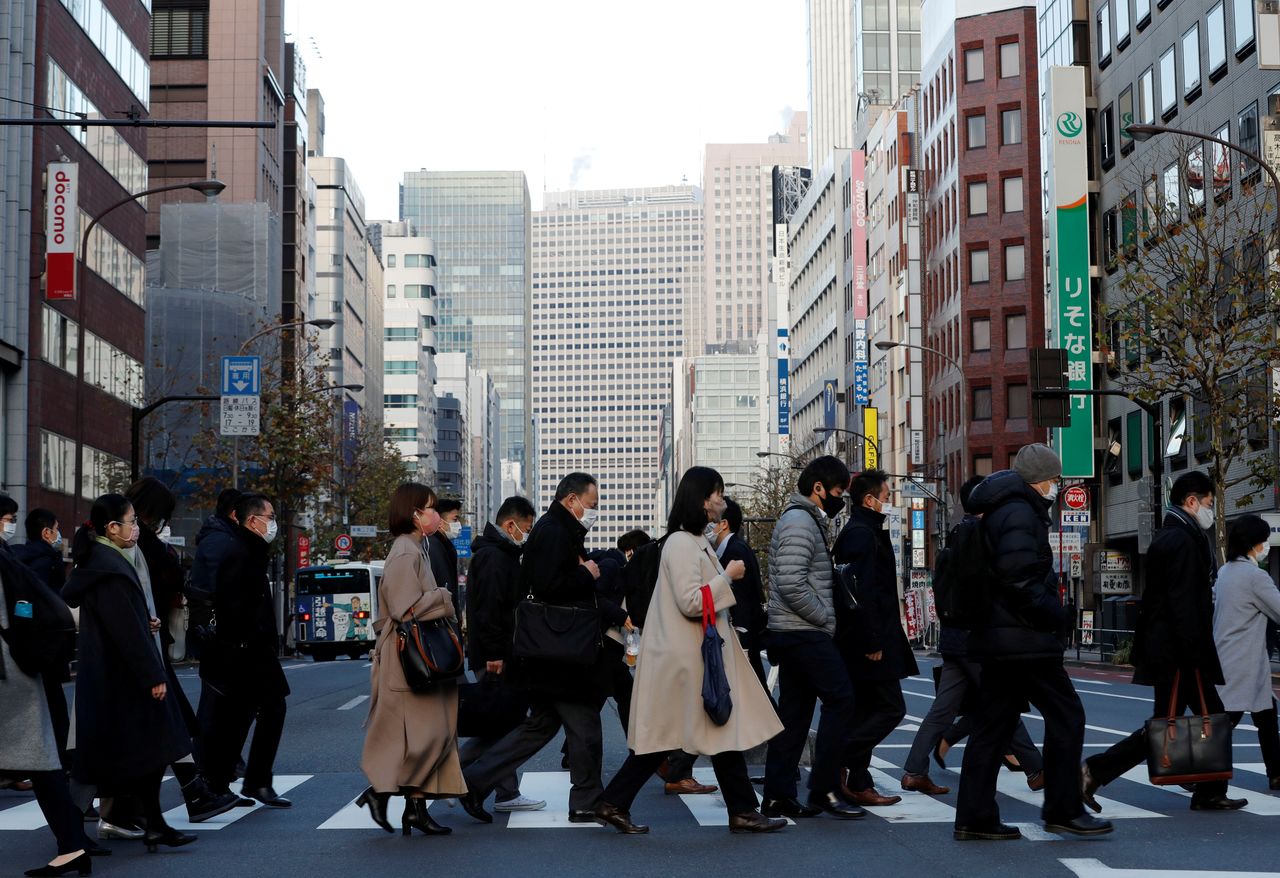 TOKYO (Reuters) - Japan’s economy expanded at a slower-than-initially-reported pace in October-December, with firms tightening spending on plant and equipment and sharply cutting inventories as the coronavirus pandemic hit demand.

The slower growth was mainly due to a sharper contraction in private inventories and capital expenditure expanding less than previously thought in the fourth quarter, even as exports remained solid.

Separate data showed household spending was hit by a bigger annual drop in January than in the prior month, a sign the COVID-19 pandemic was keeping consumers cautious about shopping.

The economy grew an annualised 11.7% in October-December, weaker than the preliminary reading of 12.7% annualised growth to mark the second straight quarter of growth, Cabinet Office data showed Tuesday.

The reading, which was weaker than economists’ median forecast for a 12.8% gain, translates into a real quarter-on-quarter expansion of 2.8% from October-December, versus a preliminary 3.0% gain.

Capital spending grew 4.3% from the previous quarter, lower than a preliminary 4.5% rise, but outpacing the median forecast for a 4.1% increase.

“Although vaccination started in Japan, it will take time to yield its impact, so the economy is forecast to go though some ups and downs,” said Yoshiki Shinke, chief economist at Dai-ichi Life Research Institute.

“We expect the economy will pick up from the second quarter but it will be difficult to regain soon what it will lose in the first quarter.”

Private consumption, which accounts for more than half of GDP, rose 2.2% from the previous three months, matching the preliminary reading.

Household spending, however, fell 6.1% in January compared with the same month a year earlier, official data showed on Tuesday, worse than the 2.1% drop expected by economists in a Reuters poll.

Some analysts are worried that a cold spell in corporate investment and household spending could last longer than expected, boding ill for demand and threatening to leave the world’s third-largest economy without a domestic growth driver.

The Bank of Japan will conduct a review of its policy tools next week to make them more “effective and sustainable” as the pandemic forces it to keep its radical stimulus programme in place longer than originally expected.