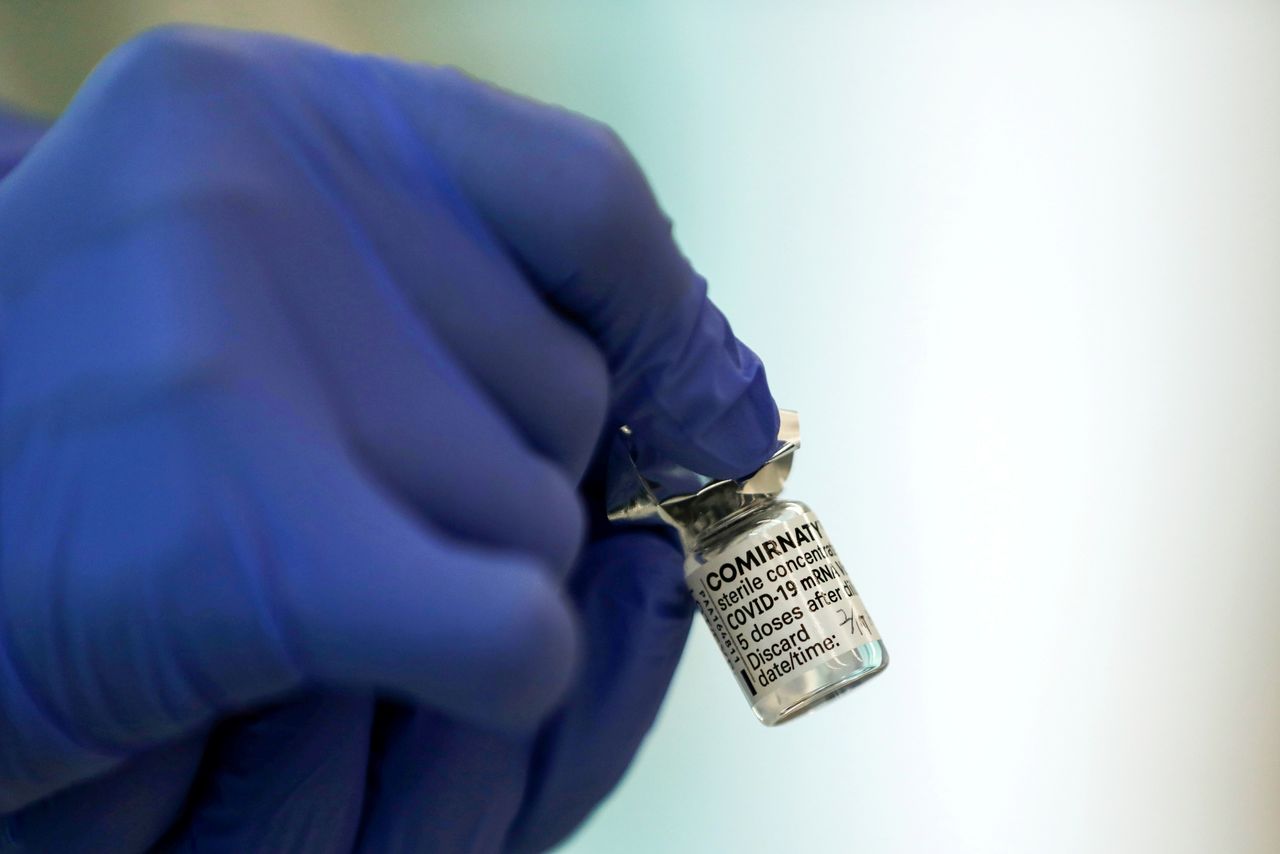 TOKYO (Reuters) - Japan’s Terumo Corp said on Tuesday it has developed a new syringe that can get seven doses out of each vial of COVID-19 vaccine made by Pfizer Inc, at least one more than accessible with existing syringes.

The health ministry approved the design on Friday, and Terumo will begin production at the end of March, a Terumo spokesman told Reuters. The Kyodo News agency, which first reported the development, said Terumo is aiming to make 20 million units this year.

The vaccine made by Pfizer and its German partner BioNTech, is shipped in vials initially indicated to hold five doses. Six doses can be drawn with special syringes, call low dead space, which minimize the amount of vaccine left in the syringe after use.

Japan began its COVID-19 inoculation campaign last month, using Pfizer’s vaccine. Taro Kono, the minister in charge of the effort, said on Friday that some shots may go to waste amid a shortage of the specialty syringes.

(Reporting by Noriyuki Hirata and Rocky Swift in Tokyo; Editing by Lincoln Feast.)