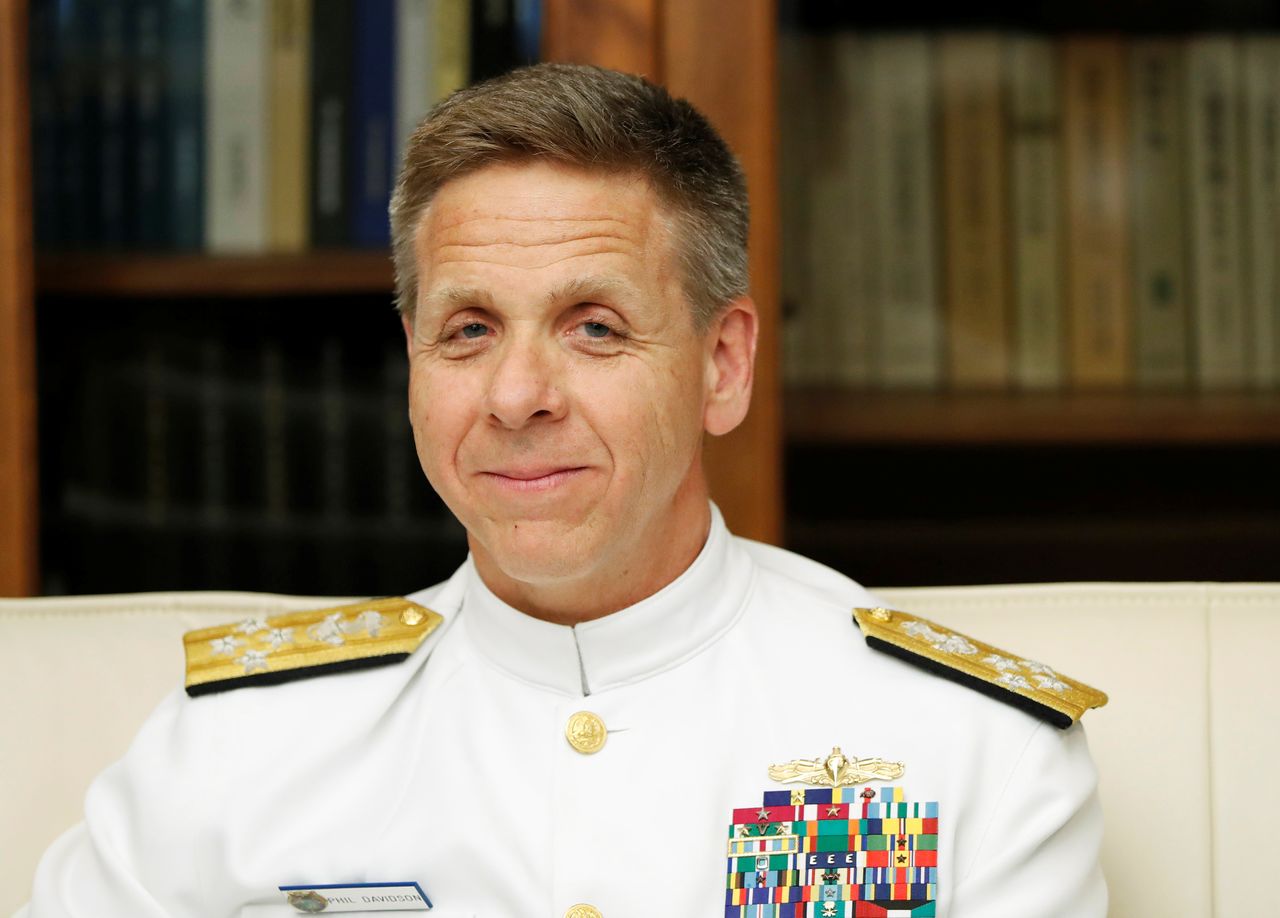 President Joe Biden’s administration has said the United States intends to compete with China’s growing influence and military strength in the Asia-Pacific. The Pentagon is carrying out a review of its strategy in the region.

“A wider base of long-range precision fires, which are enabled by all our terrestrial forces - not just sea and air but by land forces as well - is critically important to stabilize what is becoming a more unstable environment in the western Pacific,” Admiral Phil Davidson, commander for U.S. Indo-Pacific Command, told a Senate Armed Services Committee hearing.

Davidson cited enthusiasm by the Army and Marine Corps “to embrace some of the capabilities that the Navy and Air Force have already developed.”

A budget document provided to Congress last month by the Indo-Pacific Command said the United States needed increased ground-based weapons along the first island chain, which would cost $408 million in fiscal year 2022 alone and $2.9 billion from fiscal years 2023 to 2027.

The first island chain is the string of islands that run from the Japanese archipelago, through Taiwan, the Philippines and on to Borneo, enclosing China’s coastal seas.

While the United States has been able to use long-range weapons on ships and aircraft, there were limits placed on it because of an arms control treaty.

But the United States pulled out of the Intermediate Nuclear Forces (INF) treaty with Russia in 2019.

While the Pentagon has said it was in favor of placing such missiles in the region, allies in Asia have so far appeared to be opposed to the idea of hosting them.

Davidson said, however, that missile defense was not enough to deter a potential adversary.

“Missile defense is the hardest thing to do. And if I’m the manager of a baseball team, if I can have the best defenses in the world but if I can’t score some runs, I can’t win the game,” Davidson said.