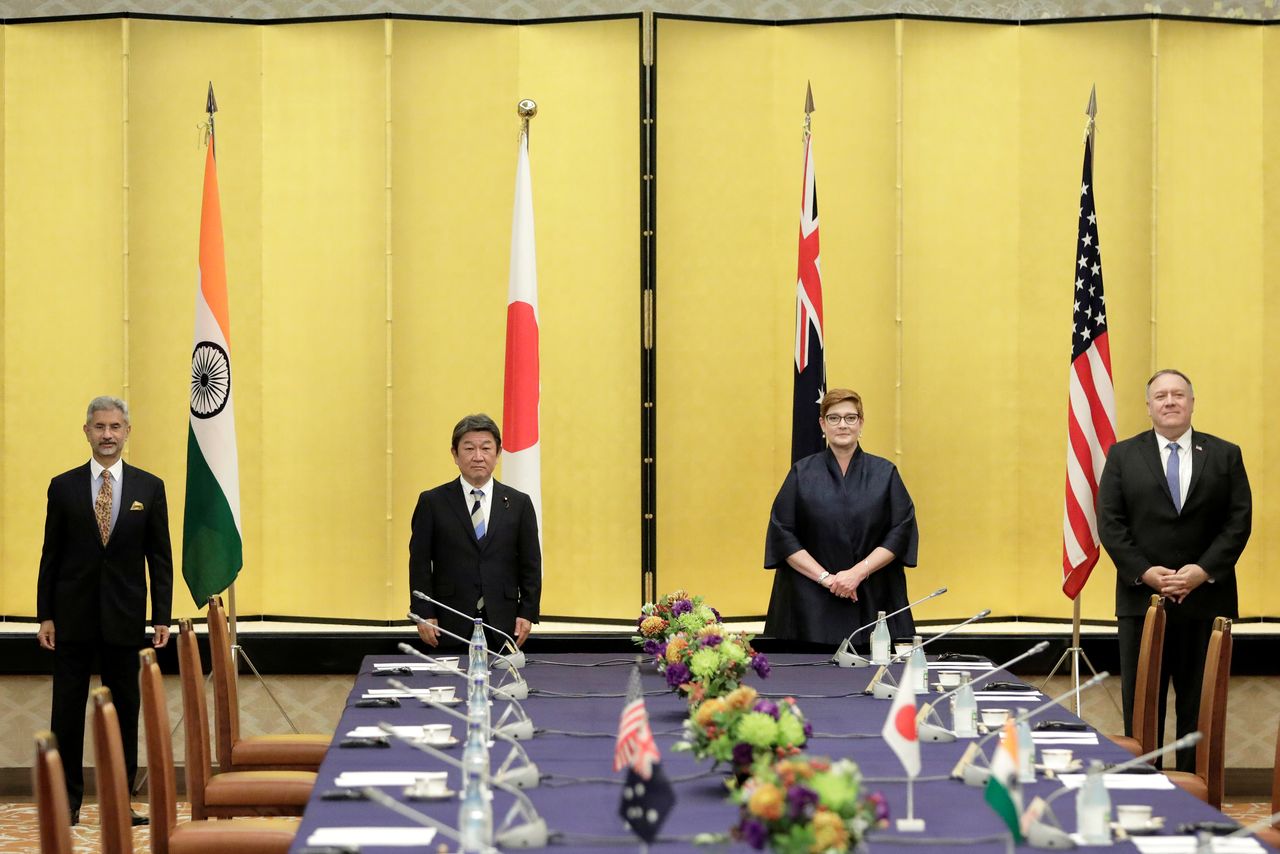 WASHINGTON (Reuters) - A first ever leaders’ meeting of the Quad group of countries on Friday plans to announce financing agreements to support an increase in manufacturing capacity for coronavirus vaccines in India, a senior U.S administration official told Reuters.

The financing agreements will be between the United States, Japan and others and focus particularly on companies and institutions in India manufacturing vaccines for American drugmakers Novavax Inc and Johnson & Johnson, the official, who did not want to be identified by name, said.

The aim of the initiative by the Quad, which groups the United States, India, Japan and Australia, would be to reduce manufacturing backlogs, speed vaccination, and defeat some coronavirus mutations, the official said.

“The idea is that the quicker you can vaccinate, the more that you can defeat some of these mutations. So this is a capacity that will come online later this year, and it will substantially increase our capacity, collectively,” he said.

Some of the additional vaccine capacity created in India would be used in vaccination efforts in Southeast Asian countries, the official added.

The White House announced earlier on Tuesday that President Joe Biden will participate in an online Quad meeting on Friday, the first leader-level meeting of a group seen as part of efforts to balance China’s growing military and economic power.

White House spokeswoman Jen Psaki said she expected a range of issues facing the global community to be discussed “from the threat of COVID, to economic cooperation and ... the climate crisis.”

India has urged the other Quad members to invest in its vaccine production capacity in an attempt to counter China’s widening vaccine diplomacy.