By Elaine Lies and Akira Tomoshige

NAMIE, Japan (Reuters) - Toshiharu Onoda, a thirteenth-generation potter living in a town close to the Fukushima Daiichi nuclear plant, had just finished loading his kiln on March 11, 2011, when the massive earthquake struck.

Clinging to a wall as the room filled with choking dust, Onoda watched stunned as his two-tonne kiln began to move across the floor.

“Things were smashing all over the place, the kiln was clattering, everything inside just shattered,” he said in the dusty ruins of his studio in Namie, built roughly a century ago.

Even in that dramatic moment, Onoda thought the danger would pass and he would continue at his studio.

“I didn’t imagine I’d never work there again. I expected to start cleaning up the next morning,” he said ruefully.

Instead, Onoda and nearly two dozen other potters were forced to evacuate within hours after reactor buildings at the plant owned by Tokyo Electric Power Company (TEPCO) exploded, spewing radiation across the area where they’d lived and worked for over 300 years.

Now, with restrictions relaxed, Onoda and the potters in the group he heads have been able to come back to downtown Namie to a new showroom and workspace complete with kilns, which opens in 10 days.

“If we don’t make it in Namie, it’s not really Oborisoma-yaki,” said Onoda, his thick-fingered hands faintly dusted with clay, of the unique pottery known for the high-pitched singing sound made when kilns are opened and the glaze cracks.

Though Namie in name, very little about the pottery or the process remains the same. Some 80% of the town in the Fukushima prefecture is still out of bounds due to high radiation and half the Namie potters have quit. The valley that was their base, echoing with the call of whippoorwills, remains off limits as well.

Even the clay and glaze used to give their wares a distinctive blue-green sheen are unavailable since the materials used to make it can no longer be gathered from the valley and processed there.

“It’s not quite the same,” Onada said of the clay he now uses, sourced from central Japan. The glaze, chemically recreated through over 100 experiments by Fukushima scientists, isn’t quite the same colour either.

Onoda has been able to return and visit his house and studio, though the buildings are too damaged from weather and wild boars to be repaired. He won’t go there alone because it makes him depressed.

Instead, he and the town have their hopes pinned on the gleaming new building in the centre of Namie where the nine remaining potters will sell their wares, teach, and fire their work in kilns.

“Having a place for the potters to maintain their connection and community is essential,” said town official Yuichi Konno.

“This pottery is an important part of Namie’s heart.”

Onoda sees the new centre as a way of keeping the tradition alive, but he still dreams of having his own studio in Namie once again.

“I want to be somewhere here in Namie, somehow,” he said. “In Namie, there’s scenery I know. It’s easier to relax.” 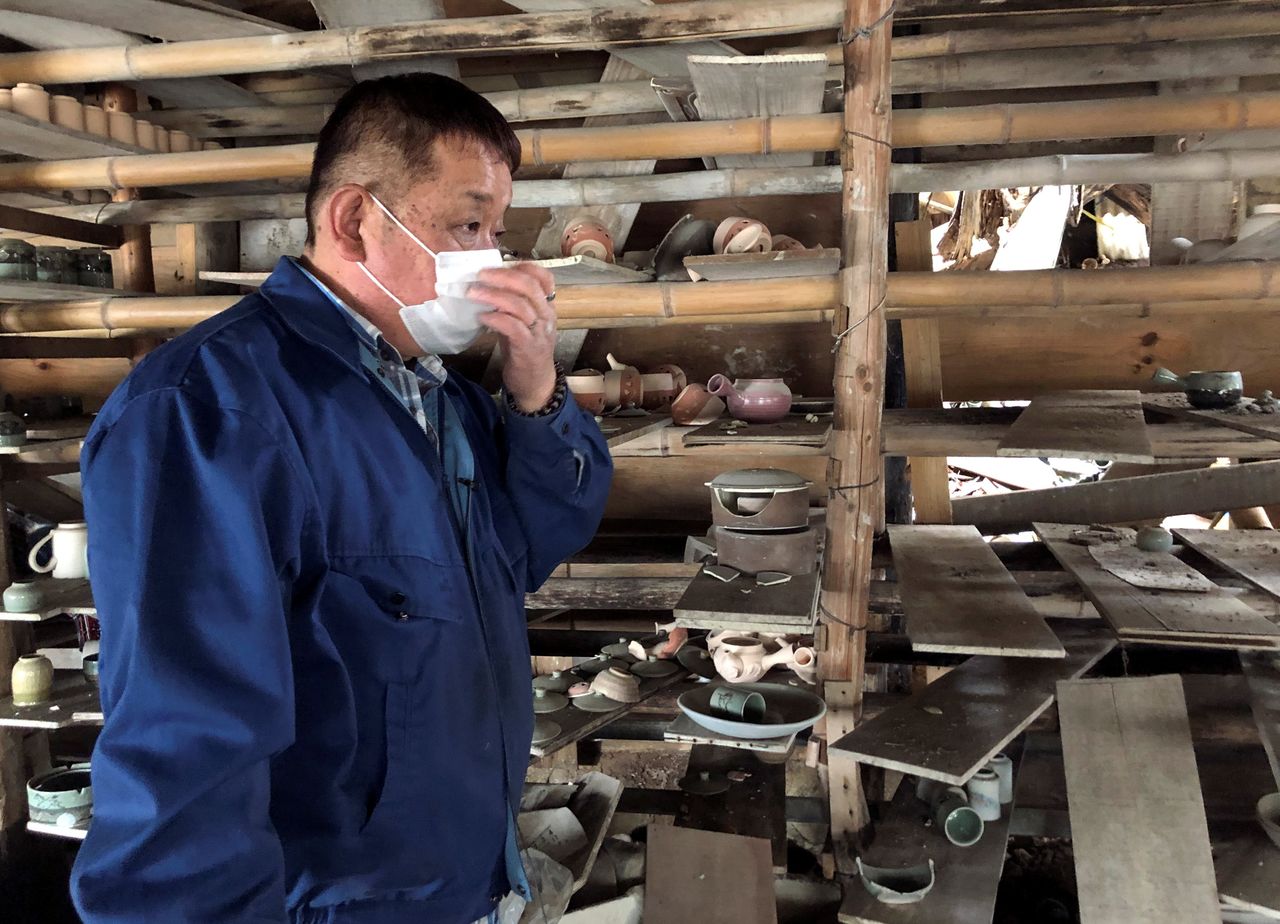 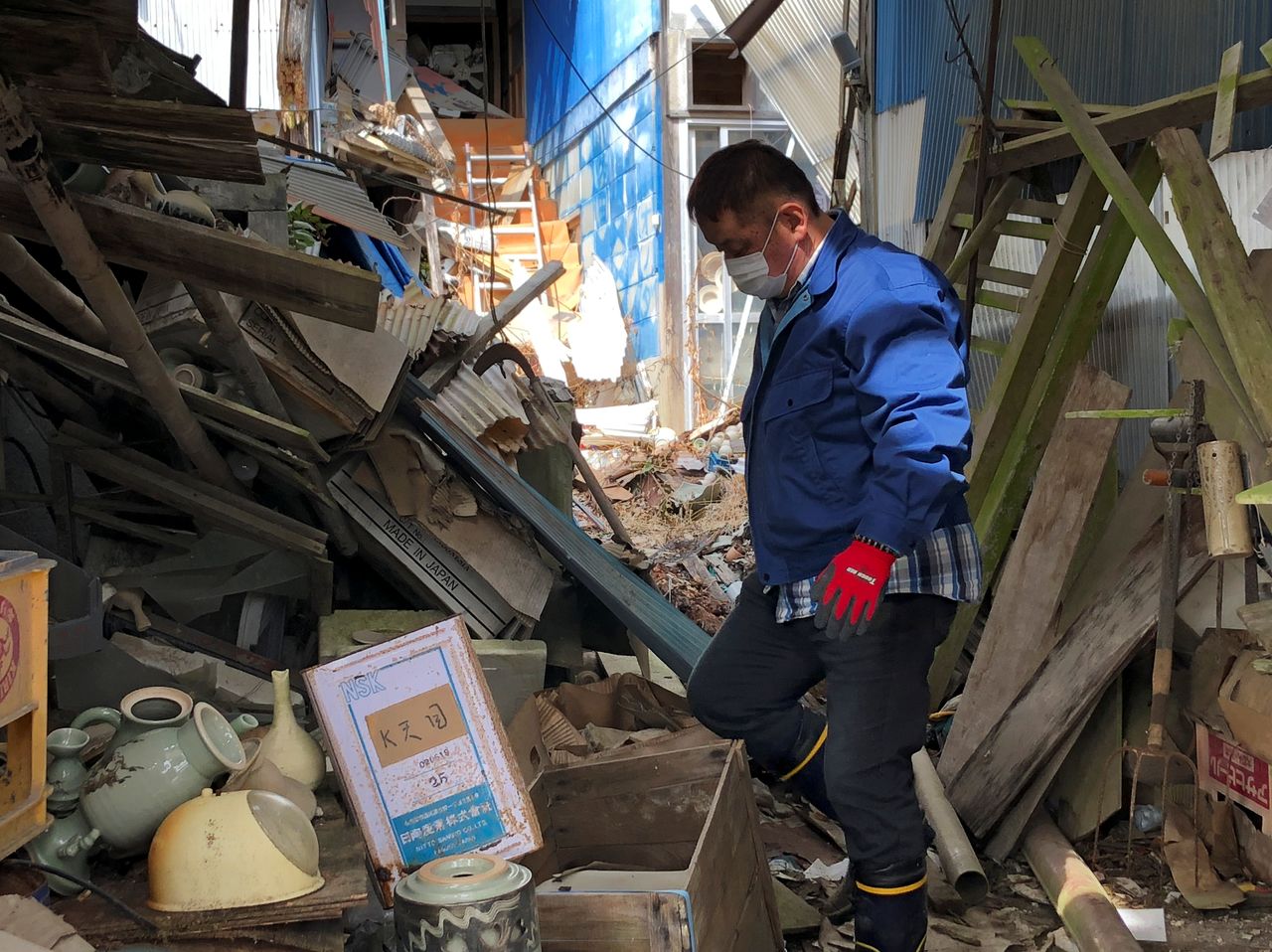