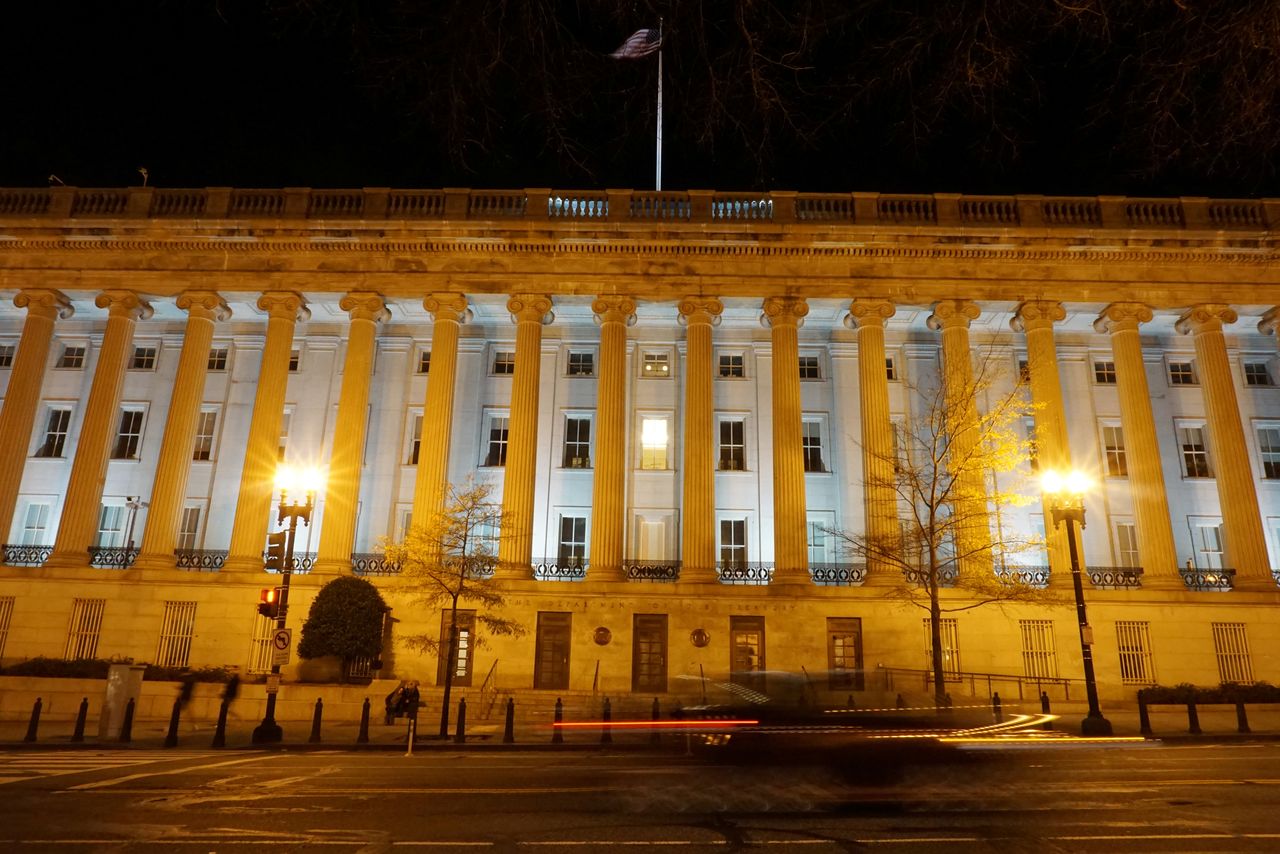 NEW YORK (Reuters) - Investors concerned about demand for U.S. Treasury debt will be watching Wednesday’s 10-year auction for clues to where yields in the recently volatile market may be headed.

The U.S. Treasury Department has increased debt issuance dramatically in the last year to fund coronavirus stimulus endeavors. Roughly $3.6 trillion of new government paper was issued in 2020 versus $2.9 trillion the year prior, according to SIFMA. With President Joe Biden’s $1.9 trillion fiscal package on the docket, issuance in 2021 is slated to rise to $4 trillion this year, according to ING.

Ballooning supply and weak demand at an auction of seven-year notes in late February helped send the 10-year yield more than 20 basis points higher, with spillover volatility in the equity market. That has put investors on watch for Wednesday’s auction https://www.treasurydirect.gov/instit/annceresult/press/preanre/2021/A_20210304_6.pdf of $38 billion in 10-year notes at 1 p.m. EST.

“I think (the 10-year) auction will have a significant impact on sentiment over the next few weeks,” said Gregory Whiteley, portfolio manager at DoubleLine.

Analysts at NatWest wrote in a note that the 10-year and subsequent 30-year auction - scheduled on Thursday - could cause “another mid-week surge in yields.”

An auction on Tuesday of $58 billion in U.S. three-year notes went “not so well as to warrant any rethink” on the 10-year auction, said NatWest.

A move higher in yields could also prompt a comment from the Federal Reserve, which holds its next policy-setting meeting on March 16-17.

“If the market runs too far ahead of itself, I would expect (the Fed) to have to say something ... to cap rates from going too much higher,” said David Norris, head of U.S. credit at TwentyFour Asset Management.

Whiteley said another 20-basis-point move higher in the 10-year yield is possible in the next week or two if demand at auction is weak.

Among the tools the Fed has at its disposal are an increase in its Treasury purchases and an extension of a regulatory break on a rule called the supplementary leverage ratio, which would allow banks to maintain current holdings of Treasuries. Still, Fed Chair Jerome Powell in an interview with the Wall Street Journal brushed off concerns about higher yields.

“If the auctions go well, this could be a sign to the Fed that rates are increasing for all the right reasons,” said Meghan Swiber, U.S. rates strategist at Bank of America, adding that with a fair amount of demand at auctions the Fed might not “necessarily need to step in.”

Key to the performance of Wednesday’s auction is demand from investors in Japan - the largest foreign holder of U.S. government debt securities, according to Treasury Department data - as investors square away positions ahead of the March 31 year end. Some of the weak demand at the seven-year auction was due to less buying from Japan, said Ben Jeffery, U.S. rates strategist at BMO Capital Markets.

“The same dynamic holds this week for the 10-year auction this week,” he said.

But a further rise in yields following the auction could ultimately entice those investors back into the market and cap the rise in rates.

“We think that as rates increase we could actually have Japanese investors and pension funds step in at these levels because Treasury yields do look really attractive relative to their local alternatives,” Swiber said.