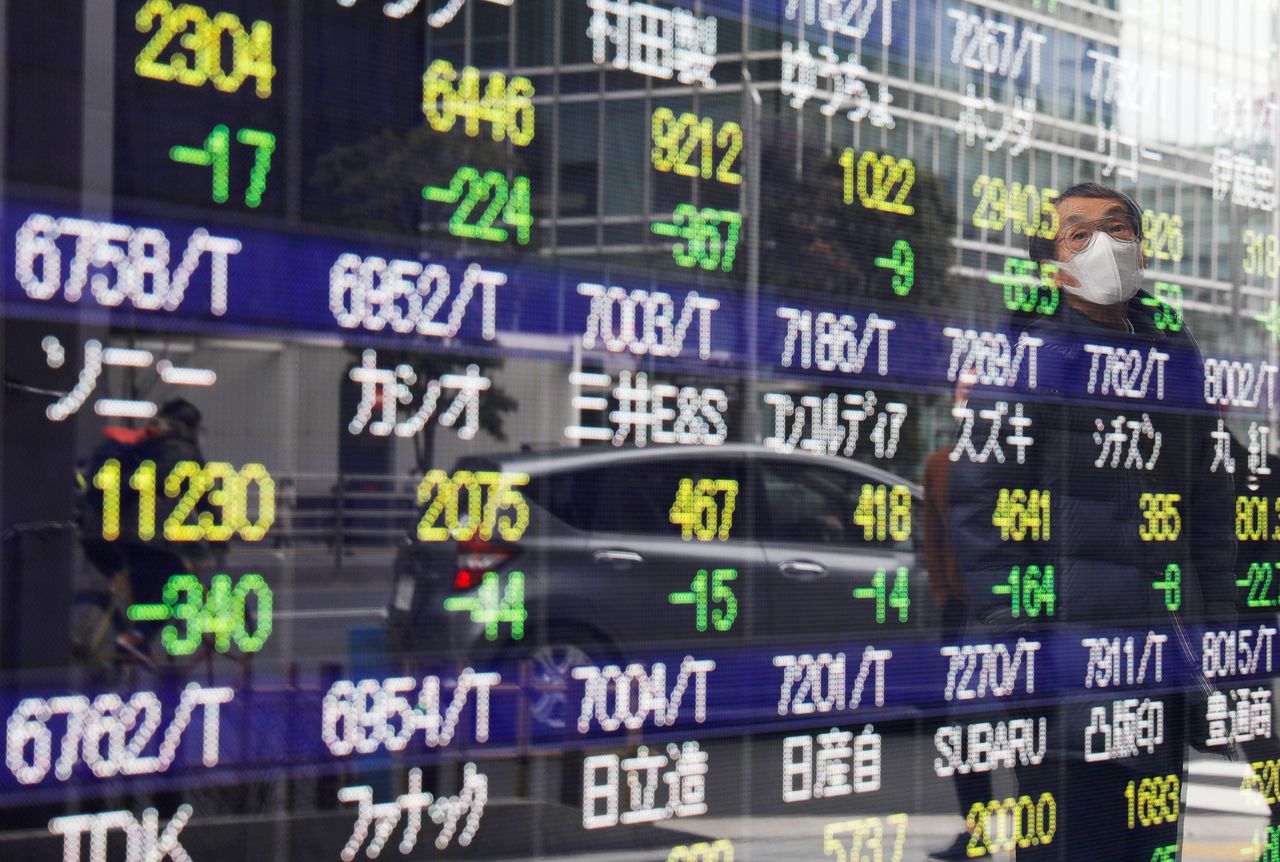 LONDON (Reuters) - World stocks rose to their highest in just over a week on Thursday after a report on U.S. consumer prices calmed investor nerves about inflation and lifted the Dow Jones Industrial Average to a record close.

MSCI’s All Country World Index, which tracks stocks across 49 countries, rose to its highest in just over a week, up 0.5% on the day.

Earlier in Asia, an index of regional stocks excluding Japan rose 1.7%, led by a 2.3% surge in South Korea’s Kospi, and was on track for its first three-day advance in three weeks.

Relative calm in the Treasuries market also helped risk sentiment, with the benchmark yield settling around 1.5% after shooting to a one-year high above 1.6% last week as investors worried about the U.S. economic recovery running too hot.

“If we look at history, we see that when yields have gone up, after a while equity markets have generally been okay,” said Justin Onuekwusi, portfolio manager at Legal & General Investment Management. “The only time you really see both equities and bonds sell off is in periods when there is a significant inflation scare.”

At this point with unemployment still so high, it is hard to see inflation becoming a problem, Onuekwusi said. Higher yields could be read as showing “that we are actually getting out of the quagmire we have been in.”

“And there is a natural yield cap -- central banks will step in when rates move too quickly. They are differentiating between levels of yield and speed at which yields move.”

The European Central Bank sets its policy on Thursday and is likely to signal faster money printing to keep a lid on borrowing costs but stop short of adding firepower to its already aggressive pandemic-fighting package.

The U.S. Labor Department said its consumer price index rose 0.4% in February, in line with expectations, after a 0.3% increase in January. Core CPI, which excludes volatile food and energy components, edged up 0.1%, just shy of the 0.2% estimate.

Analysts largely expect inflation to pick up as vaccine rollouts lead to a reopening of the economy, but worries persist that additional stimulus in the form of a $1.9 trillion coronavirus relief package set to be signed by U.S. President Joe Biden could overheat the economy.

“Rises in U.S. bond yields appear to have subsided a bit after the 10-year yield has reached 1.5%, even though many investors remain cautious before the Fed’s policy meeting,” said Naoya Oshikubo, senior economist at Sumitomo Mitsui Trust Asset Management.

“The Fed has ratcheted up its rhetoric on bond yields lately. The reality is, the economy is in a K-shaped recovery, with the service sector still in difficult conditions and the Fed would probably not want to let real interest rates rise.”

The dollar remained weaker following the economic data. The dollar index fell to its lowest in a week, 91.547.

(Reporting by Ritvik Carvalho; additional reporting by Sujata Rao in London and Kevin Buckland in Tokyo; editing by Larry King)