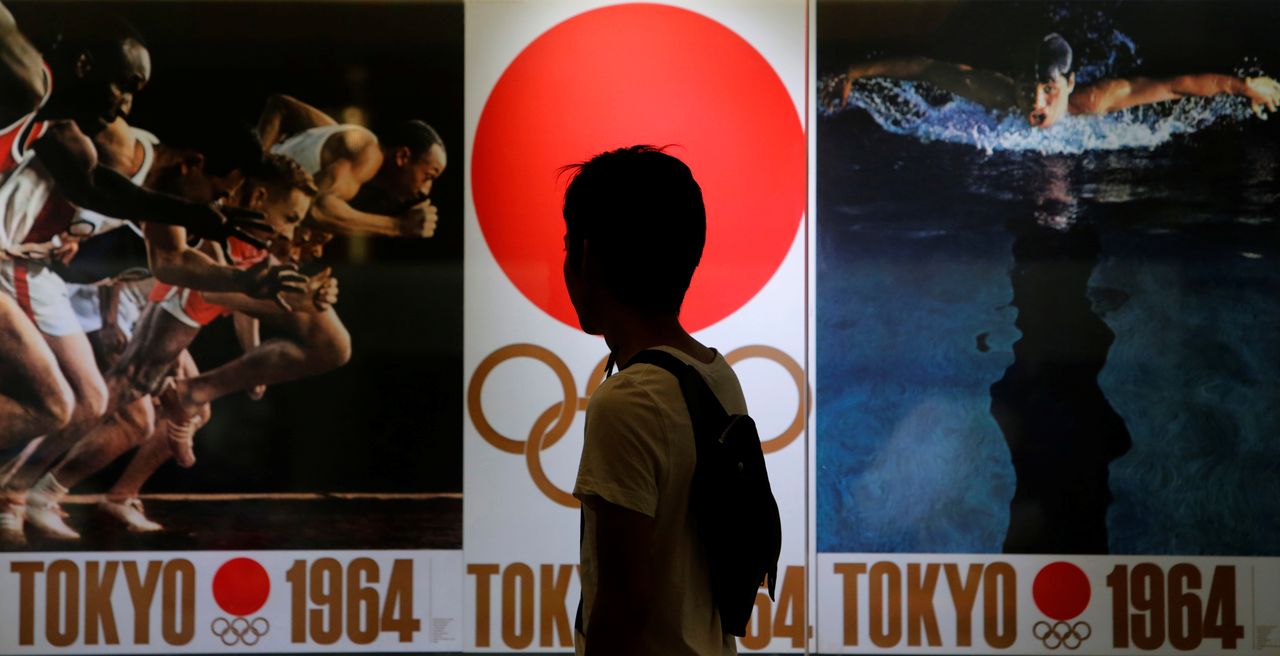 FILE PHOTO: A pedestrian looks at pictures of the 1964 Summer Olympics in Tokyo, part of a photo exhibition inside the Tokyo train station building September 8, 2013. REUTERS/Yuya Shino/File Photo

TOKYO (Reuters) - Tokyo 2020 President Seiko Hashimoto highlighted the power of sport on Thursday as she expressed condolences on the anniversary of a deadly earthquake and tsunami, saying it provided hope for survivors and in facing the coronavirus.

On March 11, 2011, a 9.0 magnitude earthquake struck off northeast Japan, triggering a tsunami that devastated the region and caused a meltdown at a nuclear plant in Fukushima. About 20,000 people were killed.

Hashimoto said the power of sport had become a focus of Tokyo’s bid for the Games after the disaster and that the concept could be extended to facing the novel coronavirus pandemic.

“While COVID-19 has led to the first-ever and unprecedented postponement of the Games, the role of sports within society has become ever more relevant,” Hashimoto said in a statement.

“Even stronger determination” was needed to help boost the recovery of the areas hit by the earthquake and tsunami, she said.

“While doing so, we would like to do our best to bring together those whose lives have been affected by the global crisis through hosting a safe and secure Tokyo 2020 Games,” she said, referring to the coronavirus.

The Olympics, postponed by a year because of the pandemic, are scheduled for July 23 to Aug. 8 and the Paralympics from Aug. 24 to Sept. 5.

Hashimoto said Tokyo’s Olympic bid did not initially have the full support of the Japanese people, but they gradually came around when they saw how the Games could contribute to the recovery of the disaster areas.

Most Japanese oppose holding the Olympics this summer due to worries visitors from abroad will spark a resurgence in coronavirus infections, surveys have shown.

Japan has therefore decided to stage the Games without overseas spectators, sources have told Reuters. A decision on international fans is to be made this month.