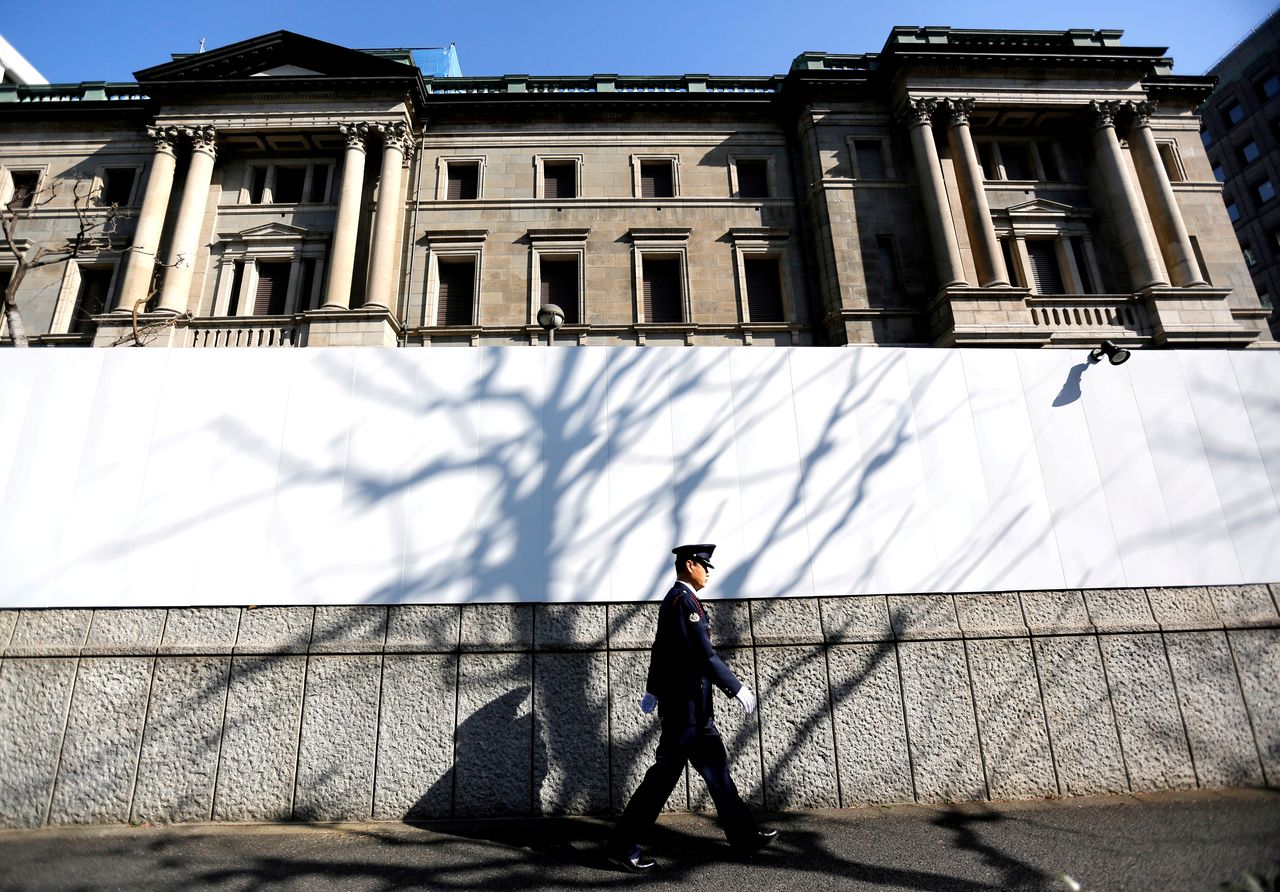 TOKYO (Reuters) - The Bank of Japan may tweak a three-tier deposit system at next week’s policy review to exempt a larger portion of reserves from negative interest rates, said sources familiar with its thinking.

BOJ Deputy Governor Masayoshi Amamiya has said one of the key goals of the review would be to mitigate the pain that negative rates inflict on financial institutions’ profits, and dispel perceptions in the market that further rate cuts were off the table.

“Adjusting the tiered system is one effective way to deal with the side-effects of negative rates,” one of the sources said, a view echoed by two more sources.

This can be done by modifying the composition of the BOJ’s three-tier system that imposes -0.1% interest on a small pool of funds, zero interest to another portion and +0.1% interest to the remainder of reserves.

The BOJ review may also lay out additional measures it would take to ease banking-sector strains when it actually cuts interest rates, the sources said.

Under yield curve control (YCC), the BOJ applies a 0.1% negative rate on a portion of reserves parked at the bank, and guides 10-year yields around 0% to reflate the economy.

The BOJ will conduct a review of its tools including YCC at its March 18-19 meeting to make its stimulus programme more “sustainable and effective,” as the coronavirus pandemic prolongs its battle to achieve its 2% inflation target.

At the review, the BOJ will also debate ways to breathe life back to a bond market made dormant by its dominance, though the priority would be to keep borrowing costs stably low to protect a fragile economy, the sources said.

Having seen Japanese long-term rates creep up in tandem with U.S. Treasury yields, dovish board members are wary of widening the implicit 40-basis-point band the BOJ sets around its 0% target for 10-year yields.

“Japan is still suffering from the pandemic’s blow. The focus now should be to avoid any unwelcome rise in borrowing costs,” another source said.

There is no consensus yet on what changes the BOJ should make to its guidance on its exchange-traded fund (ETF) purchases to become more nimble, the sources said.

As a temporary step to battle the pain from COVID-19, the BOJ pledges to buy ETFs at an annual pace of up to 12 trillion yen. It also has a footnote pledging to buy around 6 trillion yen per year when markets are stable.

While removing the guidances would allow the BOJ to more flexibly slow purchases when stock prices are booming, central bank policymakers are leaning toward leaving at least one of the two guidelines in place to avoid disturbing markets, they said.

At the review, the BOJ for the first time will reveal its findings on how its ETF purchases affected economic and price growth.