WASHINGTON (Reuters) - The United States and three of its closest Indo-Pacific partners committed to supplying up to a billion coronavirus vaccine doses across Asia by the end of 2022 at a summit on Friday carefully choreographed to counter China’s growing influence.

President Joe Biden and the leaders of Australia, India and Japan - countries together known as the Quad - pledged at their first summit to work to ensure a free and open Indo-Pacific and to cooperate on maritime, cyber and economic security, issues vital to the four democracies in the face of challenges from Beijing.

“We’re renewing our commitment to ensure that our region is governed by international law, committed to upholding universal values, and free from coercion,” Biden told his counterparts, without naming China.

His national security adviser, Jake Sullivan, called the virtual summit a big day for U.S. diplomacy, as Washington sought to revitalize its alliances and approach Beijing from a position of strength ahead of a high-level U.S.-China meeting next week.

“The four leaders did discuss the challenge posed by China, and they made clear that none of them have any illusions about China,” Sullivan told reporters, adding that they all believed democracy could outcompete “autocracy.”

Freedom of navigation in the South and East China Seas, recent cyberattacks and semi-conductor supply-chain security, were also discussed, along with the North Korean nuclear issue and the coup and “violent repression” in Myanmar, he said.

“We strive for a region that is free, open, inclusive, healthy, anchored by democratic  values, and unconstrained by coercion,” they added.

The leaders agreed to set up an experts’ group to help distribute vaccines, as well as working groups on climate change, technology standards, and joint development of emerging technologies. An in-person summit would be held later this year, they said.

Suga told reporters he had expressed strong opposition to China’s attempts to change the status quo in the region, and Modi told the session the Quad had “come of age” and would “now remain an important pillar of stability in the region.”

Morrison called the meeting “a new dawn in the Indo-Pacific” and added: “let our partnership be the enabler of peace, stability, and prosperity.”

Confronting China has been a rare area of agreement for Democrats and Republicans in the U.S. Congress. In a statement, the top Republican on the House Foreign Affairs Committee, Michael McCaul, said he was pleased by the Quad meeting.

India’s Foreign Secretary Harsh Vardhan Shringla said the summit had agreed U.S. vaccines would be manufactured in India, something New Delhi has called for to counter Beijing’s widening vaccine diplomacy.

A Quad fact sheet said the United States, through its International Development Finance Corp, would work to finance Indian drugmaker Biological E Ltd to produce at least 1 billion COVID-19 vaccine doses by the end of 2022.

It also said Japan was in discussions to provide concessional yen loans for India to expand manufacturing of COVID-19 vaccines for export.

Sullivan said the vaccines would go to Southeast Asian countries, elsewhere in the Indo-Pacific, and beyond.

An Asian diplomat said countries in Southeast Asia, where China is competing strongly for influence, were “desperate” for vaccines and the end of 2022 was still far off.

“The question is how quickly can they get them out,” he said. “It’s important to get them out sooner rather than later.”

‘INIMICAL TO OUR VALUES’

India, Australia and Japan have all faced security challenges from China, strengthening their interest in the Quad, whose cooperation dates back to joint responses to the Indian Ocean earthquake and tsunami in 2004.

The group was revived under the Trump administration, which saw it as a vehicle to push back against China. The United States hosted a foreign ministers’ meeting in 2019, which was followed by another in Japan last year and a virtual session in February.

Friday’s meeting coincided with a major U.S. diplomatic drive to solidify alliances in Asia and Europe to counter China, including visits next week by Secretary of State Antony Blinken and Defense Secretary Lloyd Austin to Japan and South Korea.

Blinken will stop in Alaska on his return to meet China’s top diplomat, Yang Jiechi, and State Councillor Wang Yi - the first high-level in-person contact between the world’s two largest economies under the Biden administration.

Washington has said it will not hold back in its criticism of Beijing over issues ranging from Taiwan to Hong Kong and the genocide it says China is committing against minority Muslims.

Sullivan, who will attend the meeting with the Chinese officials, said he did not expect details on U.S. tariffs or export controls to be major topics, but added:

“We will communicate that the United States is going to take steps in terms of what we do on technology to ensure that our technology is not used in ways that are inimical to our values or adverse to our security.” 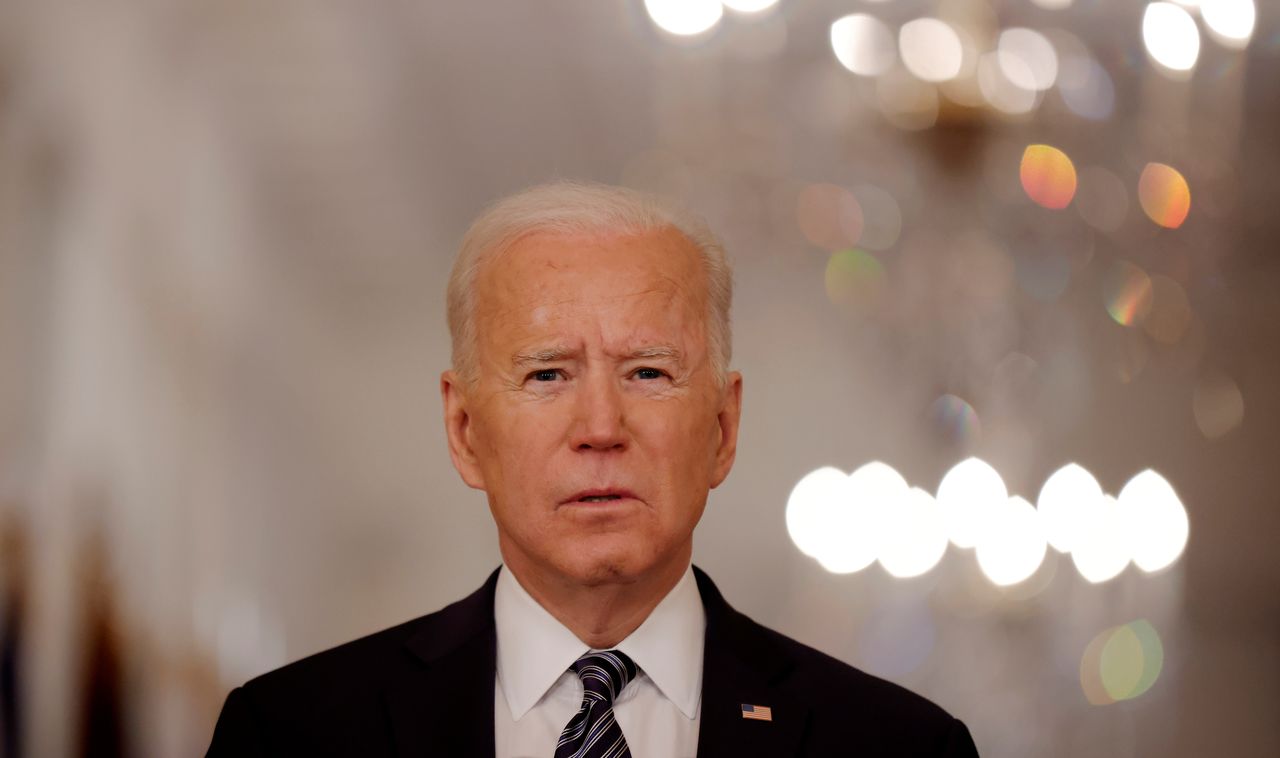 FILE PHOTO: U.S. President Joe Biden delivers his first prime time address as president, marking the one-year anniversary of widespread shutdowns to combat the coronavirus disease (COVID-19) pandemic and speaking about the impact of the pandemic during an address from the East Room of the White House in Washington, U.S., March 11, 2021. REUTERS/Tom Brenner 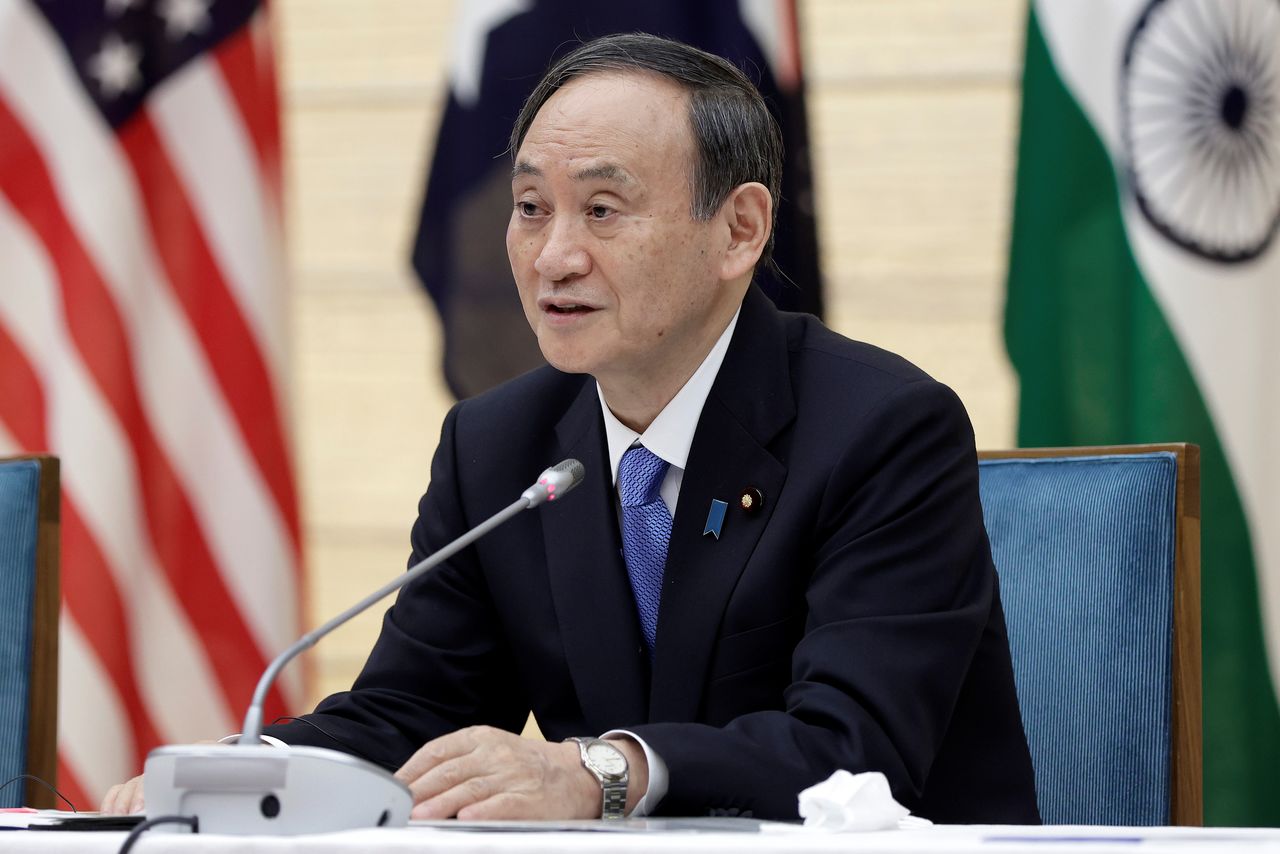 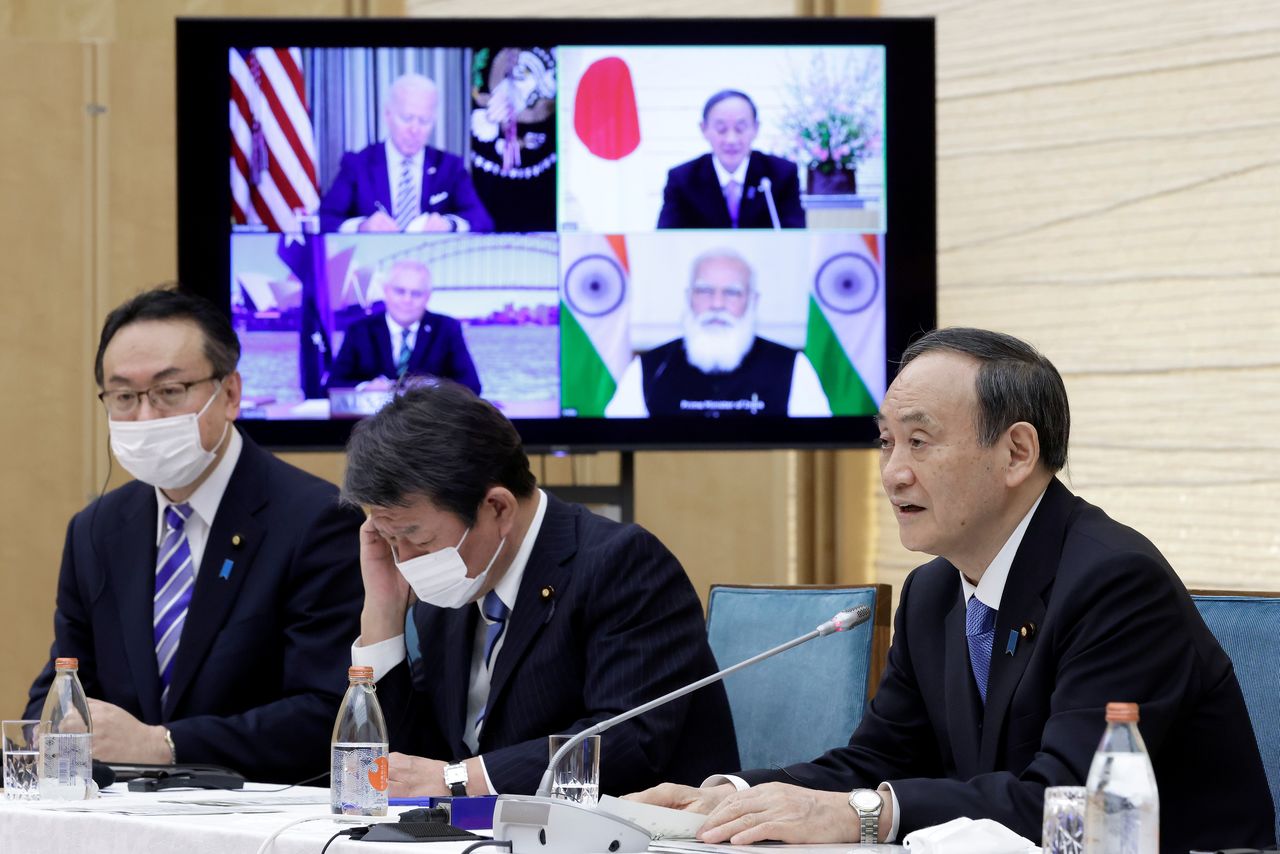