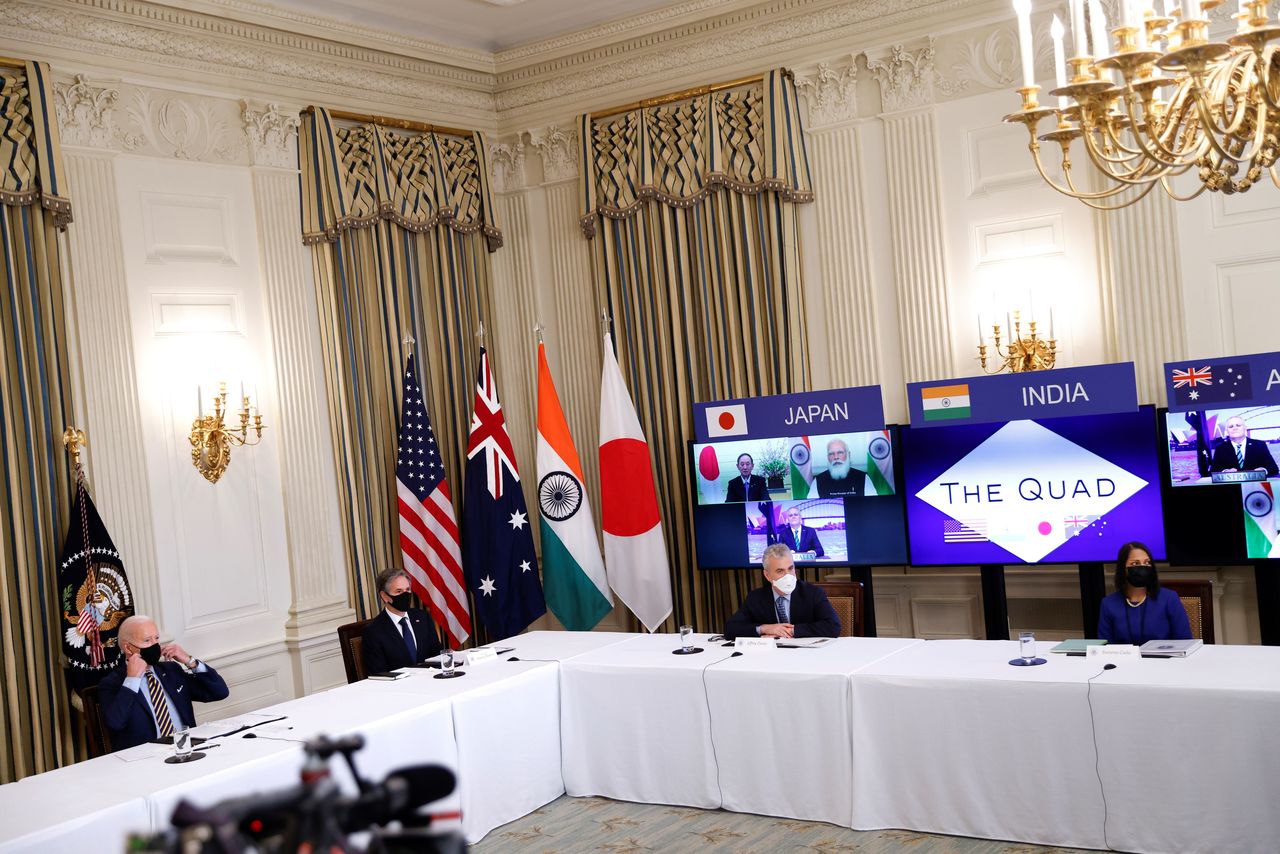 Sullivan told reporters at a briefing that the virtual meeting between the Quad countries, a group central to Biden’s efforts to counter China’s growing military and economic power in the Indo-Pacific, did not focus on China, but touched on freedom of navigation in the East and South China Seas.