Factbox: What could change under BOJ’s March policy review 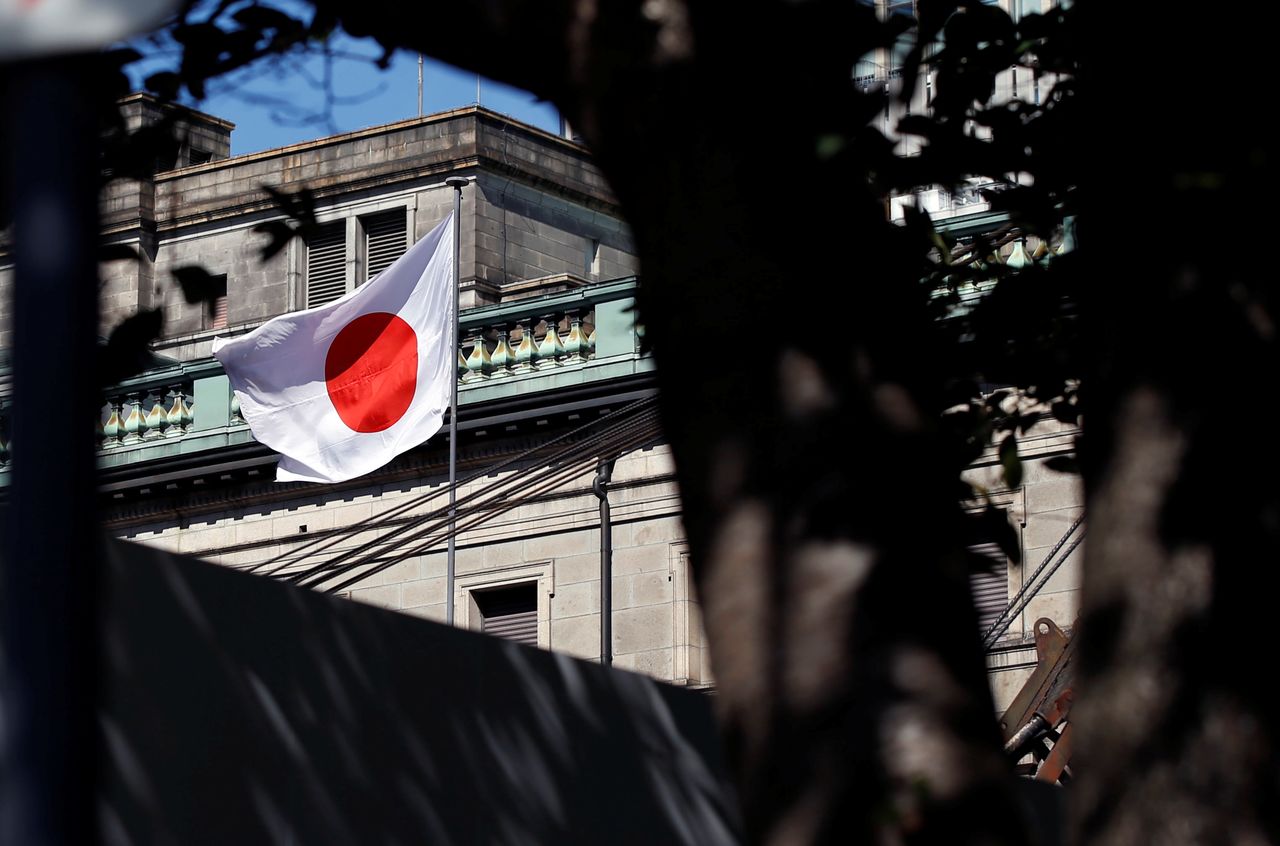 FILE PHOTO: A Japanese flag flutters atop the Bank of Japan building under construction in Tokyo, Japan, September 21, 2017. REUTERS/Toru Hanai

TOKYO (Reuters) - The Bank of Japan will announce on Friday the findings of its review of its policy tools to make them more sustainable, as the hit to the economy from the COVID-19 pandemic is seen prolonging the battle to achieve its elusive 2% inflation target.

Below are options likely to be discussed at the review:

Wary of its ballooning holdings of risky assets, the BOJ wants to give itself more flexibility in tapering purchases of exchange-traded funds (ETF) when markets are calm.

Doing so would leave the BOJ with more scope to ramp up buying when market turbulence threatens Japan’s economy.

The BOJ may remove one of its two pledges on ETF buying, which are to purchase at an annual pace of roughly 6 trillion yen and by up to 12 trillion yen.

The BOJ has been successful in keeping interest rates boxed in a tight range under yield curve control (YCC) - but perhaps too much with its huge presence drawing criticism for drying up market liquidity and distorting pricing.

To address such concerns, the BOJ will find ways to let market forces drive bond prices more. The challenge, however, is to do this without pushing up yields too much.

The BOJ will likely give clearer guidance on what it sees as an acceptable degree of fluctuation. This may be in the form of a loose range around its 0% target, coupled with language stressing it won’t tolerate any spike in yields.

Many market players believe the BOJ won’t be able to deepen negative interest rates due to the strain the policy is already inflicting on the profits of financial institutions.

The BOJ will seek to dispel such a view and convince markets that rate cuts aren’t off the table, such as by taking steps to mitigate the side effects of negative rates.

One idea is to tweak a three-tier deposit system to exempt a larger portion of reserves from negative rates.

The BOJ may also pledge additional measures it could take when it actually deepens negative rates, such as introducing loan schemes that reward banks for borrowing money from the BOJ.

The BOJ has said the review will aim to make its policy more “effective,” suggesting it could look into fresh tools that support government efforts to boost Japan’s long-term growth.

The BOJ could begin buying or accepting environment-friendly “green” assets as collateral for its lending schemes. That would mesh with premier Yoshihide Suga’s “green” growth strategy that seeks to boost investment in carbon-neutral technology.

Deputy Governor Masazumi Wakatabe, however, ruled out the idea, saying it was beyond the realm of the review.

The BOJ has been clear on what won’t change after the March review. It will not overhaul YCC, as well as its 2% inflation target and forward guidance such as a pledge to maintain its ultra-easy policy until inflation stably exceeds 2%.

That means the review will be more a fine-tuning of the BOJ’s current policy framework to make it more sustainable.

The central bank, however, may offer clearer guidance on how long it will keep interest rates low or at what event it could cut them. At present, it only commits to “maintaining current low rates, or expect them to move at lower levels.”