TOKYO (Reuters) -A rash of Japanese coronavirus clusters linked to daytime karaoke sessions by the elderly, including several linked to 93 cases in one prefecture, prompted a stern warning on Tuesday and calls for caution from authorities.

The recent clusters, which are spread across the country, come as the Tokyo metropolitan area is nearing the planned end of a state of emergency aimed at curbing the latest wave of coronavirus cases. The Olympics are set to begin in Tokyo in just over four months.

At least 215 people have recently tested positive in cases linked to daytime karaoke sessions, a pursuit especially popular with the retired and elderly, Economy Minister Yasutoshi Nishimura said on Tuesday.

Ninety-three were in Saga prefecture in southwestern Japan, with ages ranging from the 50s to the 80s, but clusters were also found in Saitama and Chiba prefectures, still under a state of emergency set to end on March 21.

Many of Japan’s karaoke establishments feature small rooms lined with sofas in which groups can sing, eat and talk in privacy for hours.

“We realize that under normal circumstances, karaoke is almost a salon for older people to talk and enjoy themselves, but in the current situation of absolutely trying to prevent infection, these (venues) are rather confined,” Nishimura said.

“In my election district there are many places like this - narrow rooms where people are packed in and singing. They have to take thorough steps including putting up acrylic panels, good ventilation and disinfecting the microphones.”

He also called on those in areas still under the state of emergency to refrain from unnecessary trips out of their homes.

Roughly 448,400 people have tested positive in Japan and about 9,000 have died since the pandemic began. 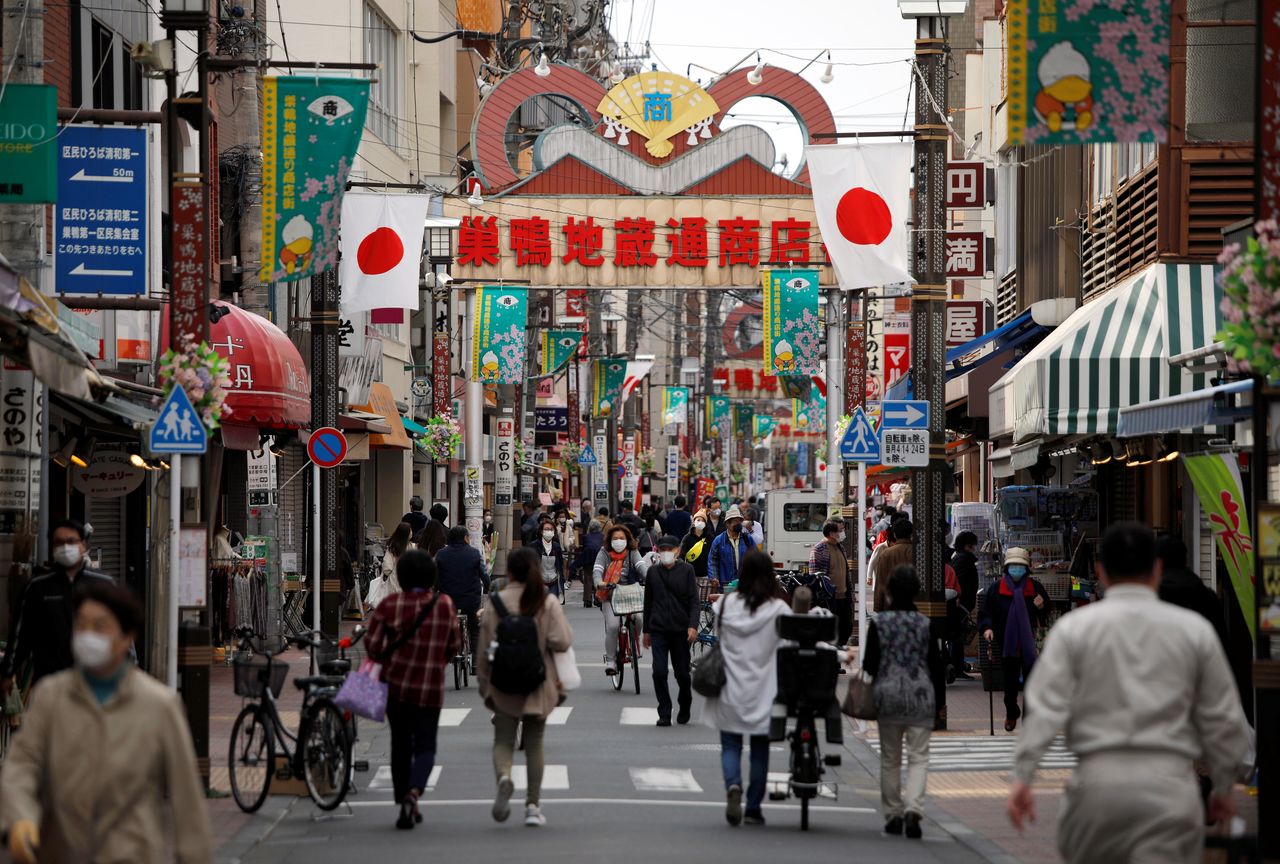 FILE PHOTO: People wearing protective face masks walk on the street after the government announced state of emergency for the capital and some prefectures following the coronavirus disease (COVID-19) outbreak at Sugamo district, an area popular among the Japanese elderly, in Tokyo, Japan April 15, 2020. REUTERS/Issei Kato