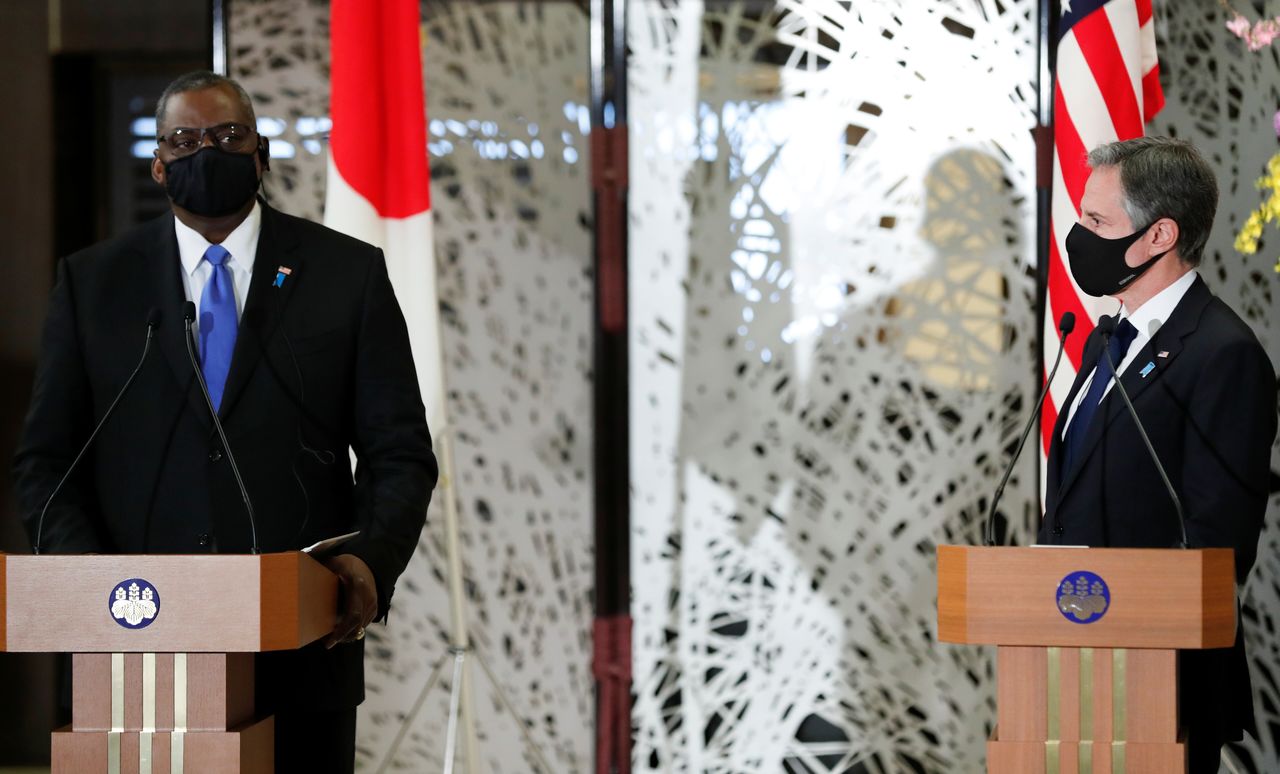 TOKYO (Reuters) - Senior officials from United States and Japan on Tuesday raised concerns about China’s behaviour in Hong Kong, Xinjiang and other areas and said it was inconsistent with the international order.

A joint statement from U.S. Secretary of State Antony Blinken and Secretary of Defense Lloyd Austin and their Japanese counterparts said they had serious concerns “about recent disruptive developments in the region such as the China Coast Guard Law.”

They said they had discussed Washington’s “unwavering commitment” to defend Japan in the East China Sea, and reiterated their opposition to China’s “unlawful” maritime claims in South China Sea.