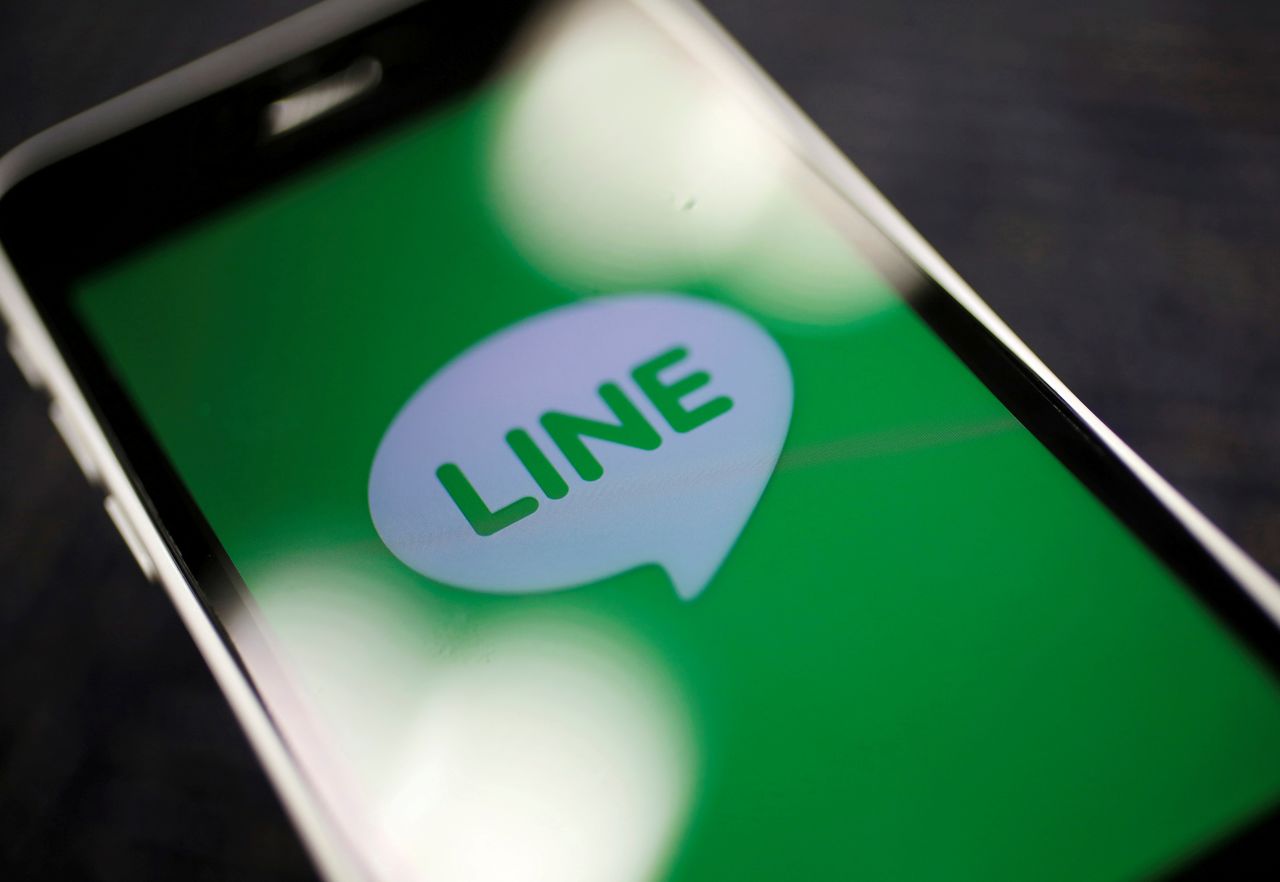 FILE PHOTO: The logo of free messaging app Line is pictured on a smartphone in this photo illustration taken in Tokyo, Japan September 23, 2014. REUTERS/Toru Hanai

“We can’t say yet if Line breached regulations or not, and we are conducting an investigation to find out,” a government official responsible for overseeing privacy regulations told Reuters. If Line is found to have acted improperly then the Cabinet Office can direct it to make improvements, he added.

“There hasn’t been anything that breached legal or regulatory boundaries,” a spokesman for Line said.“ We will continue to respond to laws and regulations in all jurisdictions, including Japan.”

In a statement posted later on its website, the company apologized for causing any concern and for not adequately explaining policies regarding data management to users. No inappropriate access occurred, it added.

Four engineers at a company in China, who perform system maintenance for Line, were allowed to access servers in Japan from 2018 that contained the names, telephone numbers and e-mail addresses of users, local media said.

The reports come as Japan tightens laws and regulation around the use and storage of personal data held by internet companies.

Line, which has 186 million users worldwide - of which just under half are in Japan - has since blocked access to user data at the Chinese affiliate, the company spokesman said.

Messages sent via Line can only be read by the sender and receiver as the app, like other messaging apps, encrypts message content end to end.

Z Holdings, which plans to invest 500 billion yen ($4.58 billion) in technology over the next five years, announced the Line tie-up last year but was forced to delay the move from October because of the COVID-19 pandemic.

Line has expanded its business into cashless payment and more recently telemedicine.