By Humeyra Pamuk and Hyonhee Shin

Speaking to a roundtable of Japanese journalists in Tokyo, Blinken said Beijing was “raising tensions not diminishing them,” citing its posturing over Taiwan and actions in the East and South China Seas where it has territorial disputes with Japan and other Asian nations.

Blinken is visiting Japan and South Korea along with Austin in a bid to fortify Washington’s alliances in Asia, in a first overseas trip by top level members of President Joe Biden’s administration.

China’s extensive territorial claims in the East and South China Seas have become a priority issue in an increasingly testy Sino-U.S. relationship and are an important security concern for Japan.

The Senkakus, also referred to as Diaoyu in China, are islets in the East China Sea controlled by Japan but claimed by China.

“Japan has real interest in what happens with regard to Taiwan and Taiwan’s straits and we spent some time comparing notes on that,” said Blinken describing talks he had with Japanese officials on Tuesday.

The comments echoed statements issued by Blinken, Austin and their Japanese counterparts after “2+2” talks in Tokyo and come ahead of Blinken’s first in-person meetings with Chinese counterparts planned for later this week in Alaska.

“We look forward to the opportunity to lay out in very clear terms to our Chinese counterparts some of the concerns that we have about the actions they’re taking,” said Blinken.

After arriving in Seoul, Austin highlighted the significance of the United States’ alliance with South Korea in responding to growing security concerns over China and North Korea.

“The U.S.-South Korea alliance is ever more important because of the unprecedented threats from China and North Korea,” Austin said at the start of talks with South Korean Defense Minister Suh Wook, according to the Yonhap news agency.

Austin called the alliance a “linchpin” for peace, security and prosperity in Northeast Asia, and for a free and open Indo-Pacific region and beyond.

Suh said it was important for the allies to maintain a strong deterrence and joint defence posture against North Korea, and vowed to strengthen the alliance, Yonhap said.

Austin and Blinken were set to hold “2+2” talks with their South Korean counterparts and meet President Moon Jae-in and other senior officials until Thursday. 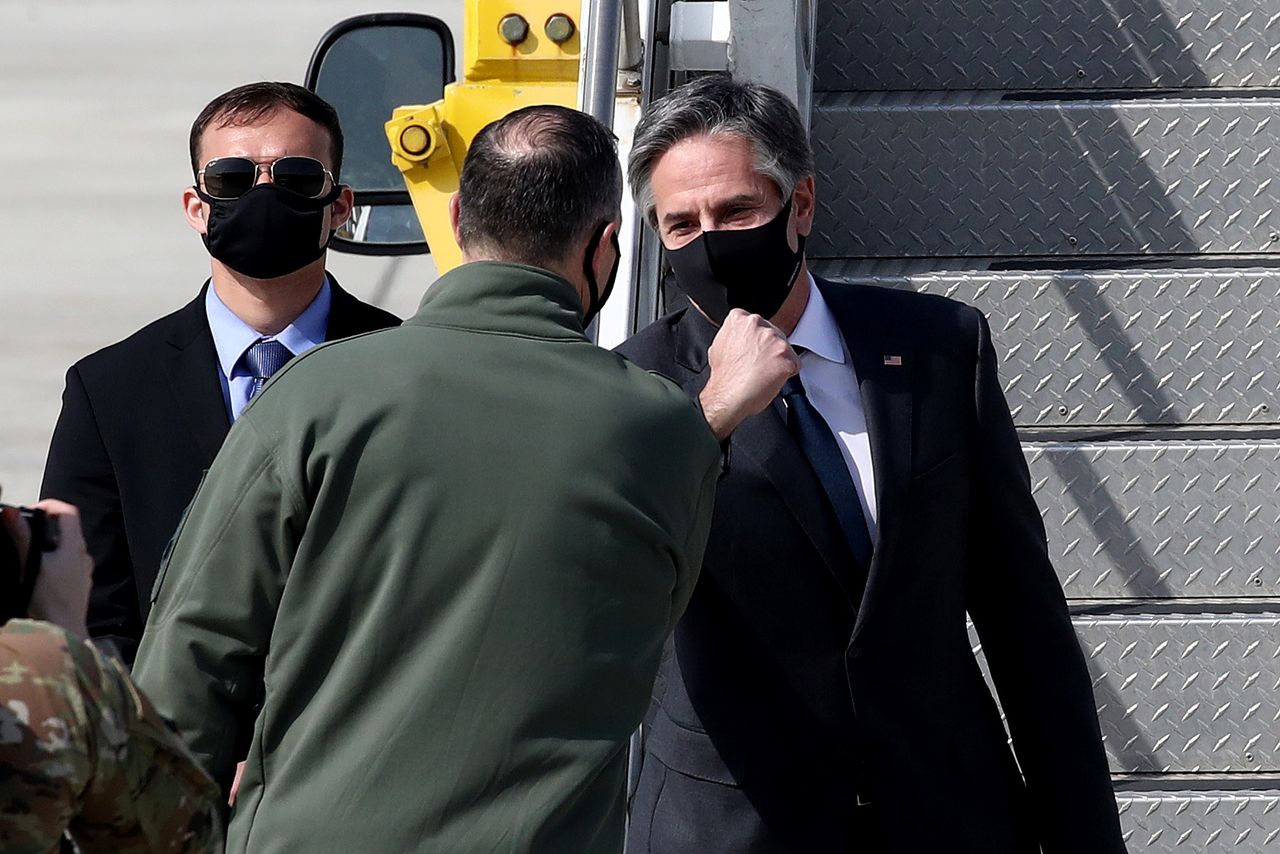 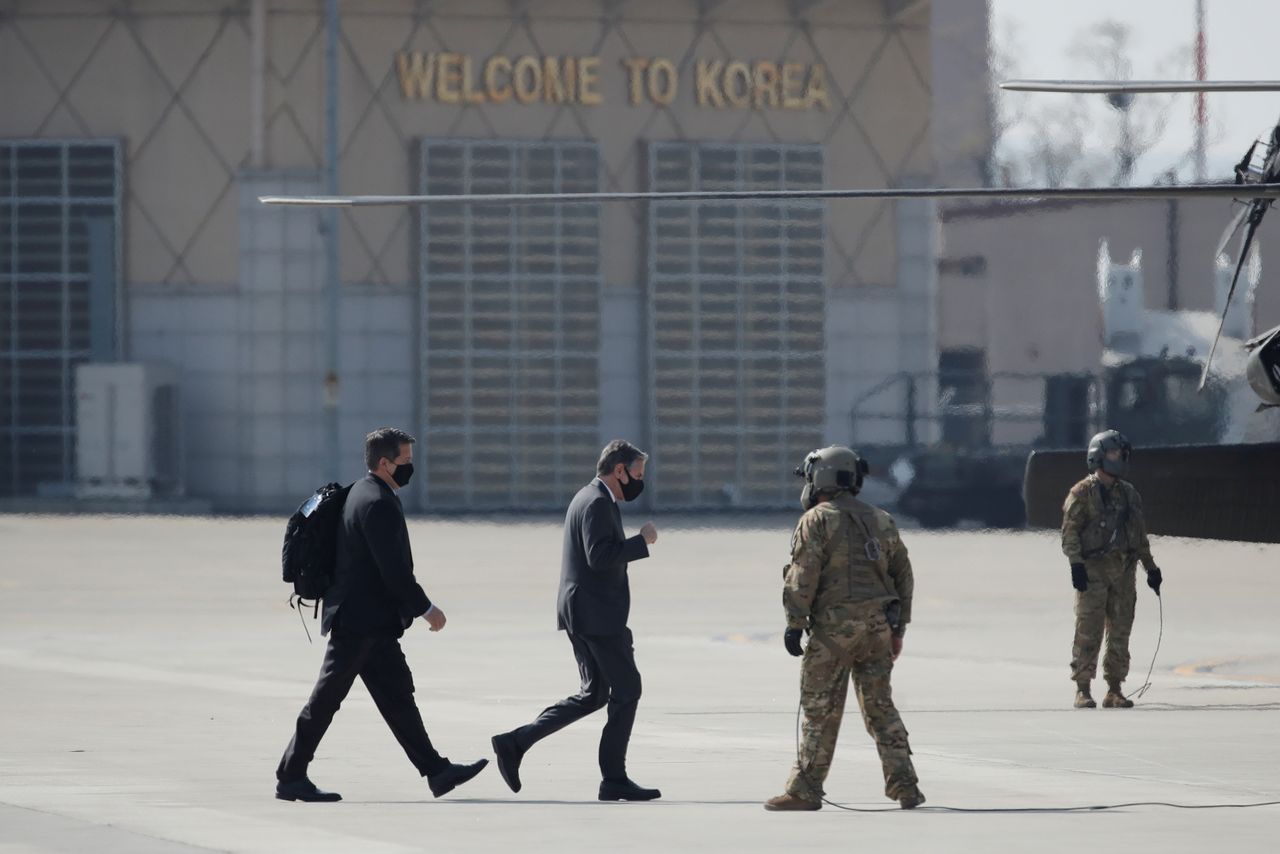 U.S. Secretary of State Antony Blinken, center, walks to board a helicopter upon his arrival at Osan Air Base in Pyeongtaek, South Korea March 17, 2021. Lee Jin-man/Pool via REUTERS 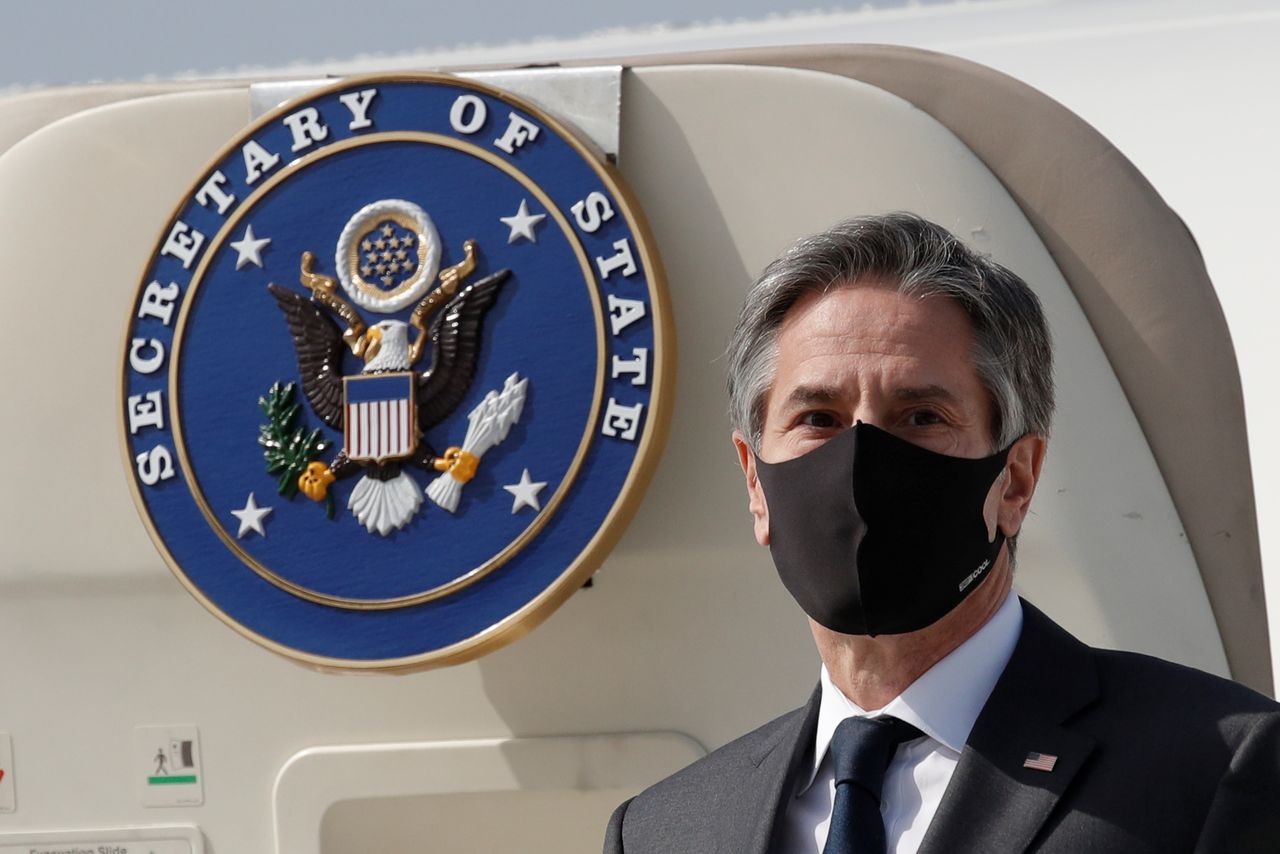 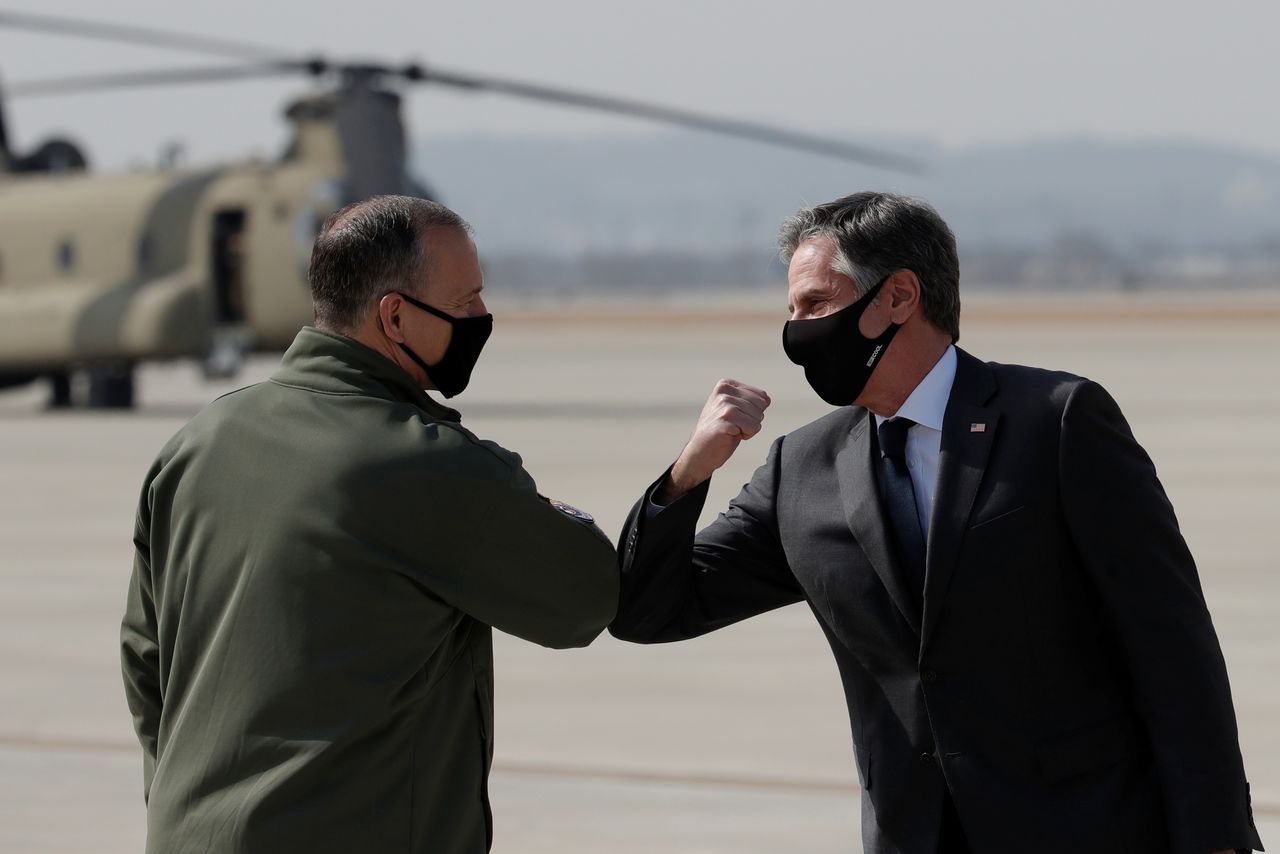 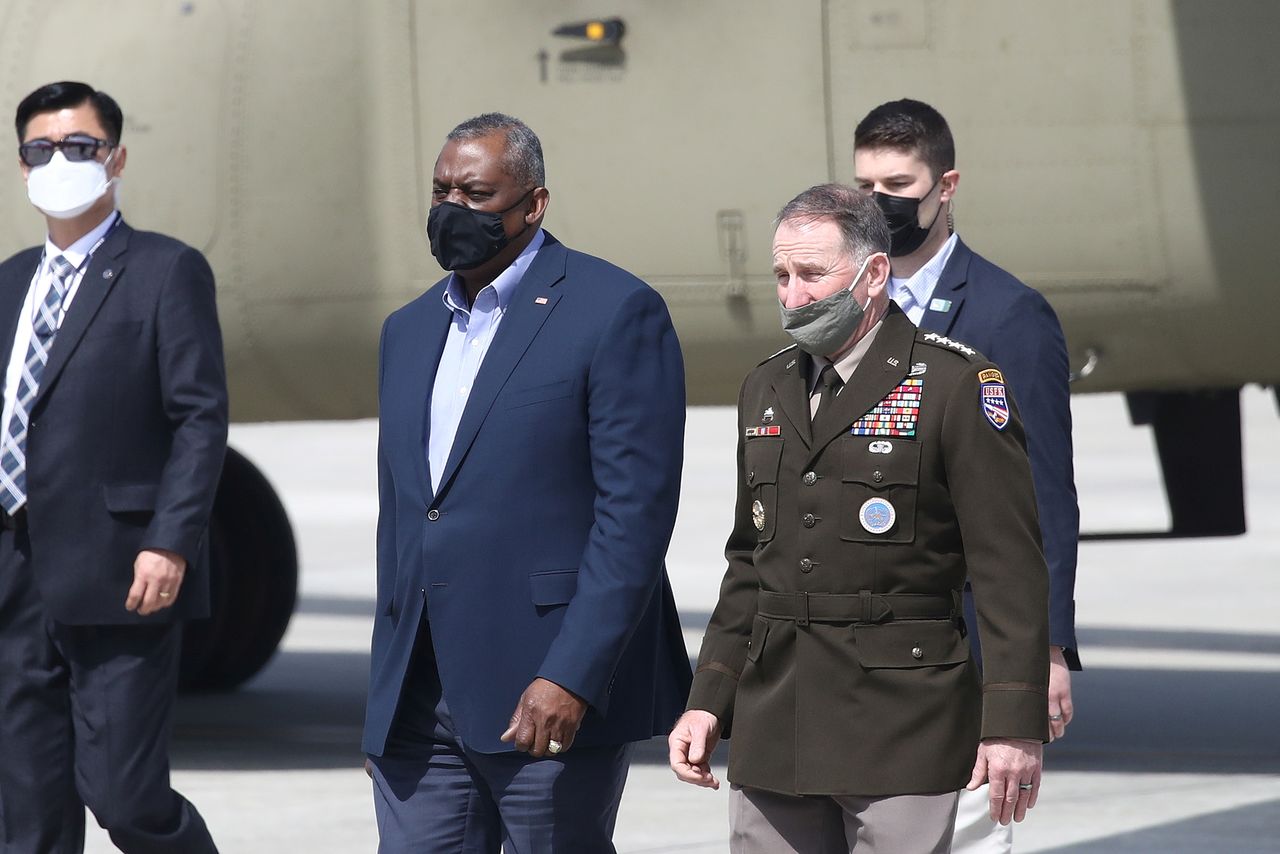