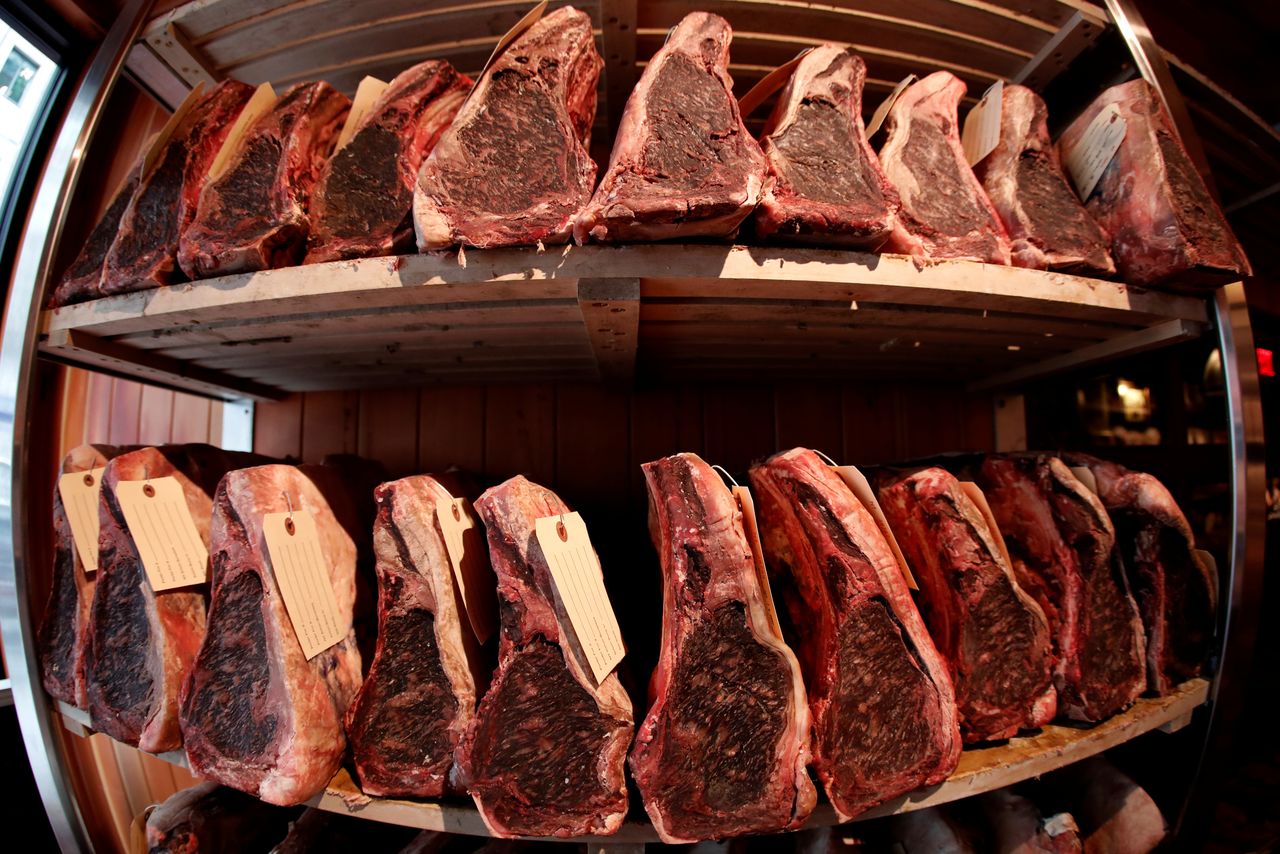 FILE PHOTO: Cuts of USDA prime dry-aged beef are seen in the dry-aging room in the lobby of Gallaghers steakhouse in the Manhattan borough of New York City, U.S., July 27, 2017. REUTERS/Mike Segar

TOKYO (Reuters) - Japan is temporarily raising tariffs on U.S. beef imports as volumes have exceeded levels agreed to between the two nations for the fiscal year ending on March 31, Japan’s agriculture ministry said on Wednesday.

From Thursday, the tariff will rise to 38.5% from 25.8% for 30 days through April 16, marking the first time the safeguard measure has been imposed on U.S. beef imports since August 2017.

Japan imported a total of 242,229 tonnes of U.S. beef by early March, exceeding the maximum 242,000 tonnes set under the Japan-.U.S. trade agreement for the current fiscal year, the ministry said.

Slower imports from Australia due to drought there have boosted demand for U.S. beef, according to an official at the ministry.

But the tariff hike is expected to have a limited impact on the local beef market as the tariff will drop to 25% from April 17, the rate set for the new fiscal year staring in April, and beef importers could delay the customs process until then, the ministry official said.