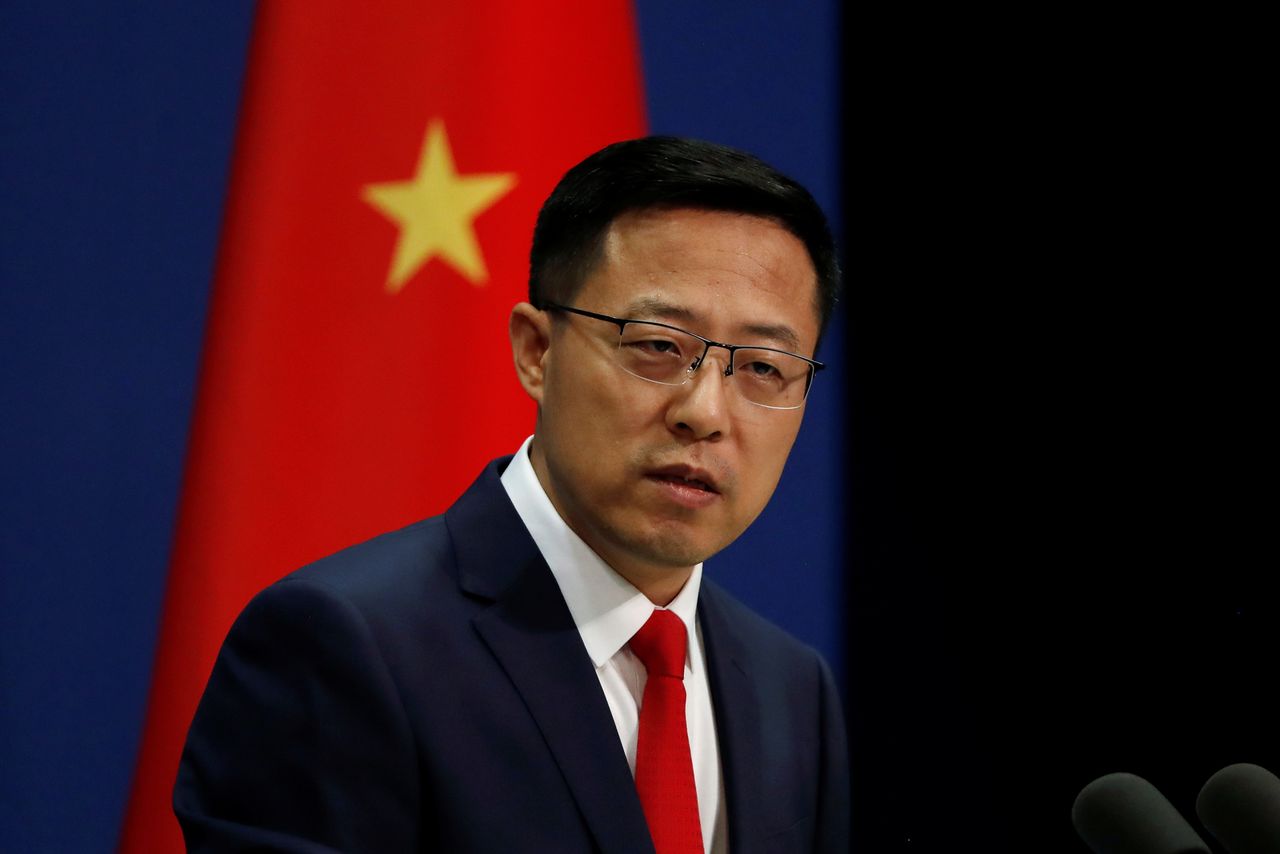 BEIJING (Reuters) - China on Wednesday said it “lodged solemn representations” with the United States and Japan over a statement by top officials from both countries that raised concerns about Beijing’s behaviour in in Hong Kong, Xinjiang and the South China Sea.

The joint statement from U.S. Secretary of State Antony Blinken and Secretary of Defense Lloyd Austin and their Japanese counterparts called China’s behaviour inconsistent with the international order.

However, Chinese foreign ministry spokesman Zhao Lijian said topics such as Hong Kong and Xinjiang would not be off the table when top U.S. and Chinese officials meet in Alaska later this week in what will be the first such high-level talks since U.S. Presdident Joe Biden took office.

“We have never said that during the dialogue we can’t mention Hong Kong and Xinjiang issues. We will state our position to the U.S. side,” Zhao told a regular daily briefing, although he said such pressure from the U.S. side ahead of talks is not acceptable.

“Accepting the U.S. invitation demonstrates our goodwill and sincerity,” he said.

“The U.S.-Japan joint statement is a malicious attack on China’s foreign policy and grossly interferes in China’s internal affairs, in an attempt to harm China’s interest,” he said, calling Japan “a strategic vassal” of the United States and asserting China’s “indisputable sovereignty over the South China Sea and the adjacent waters.”