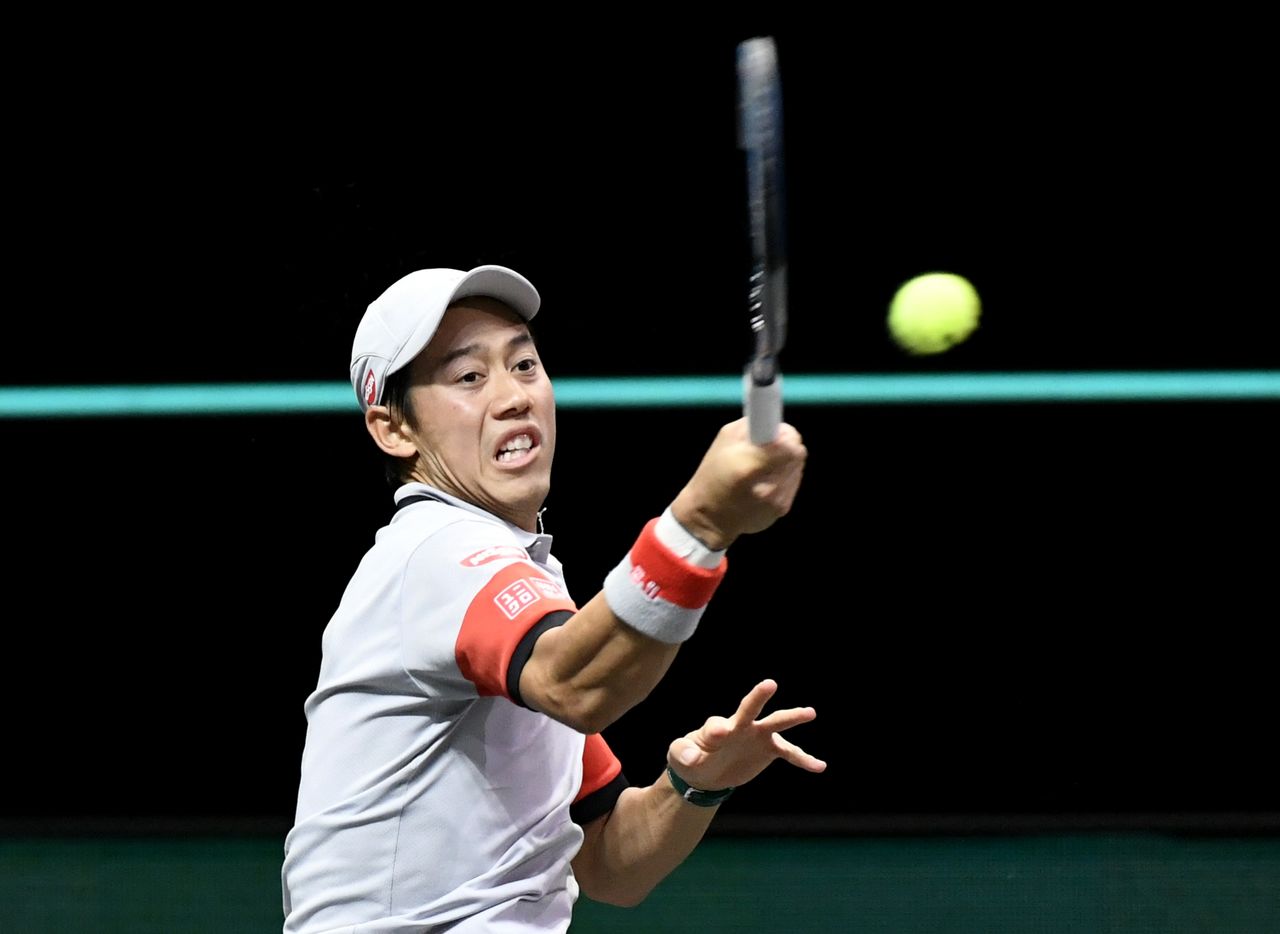 (Reuters) - Japan’s Kei Nishikori feels like he is in the second stage of his career after the last few years were interrupted by injuries but the 31-year-old says his goal remains to get back to the top echelons of the sport.

Nishikori became the first Asian man to reach a Grand Slam singles final at the 2014 U.S. Open but, plagued by injuries, he has struggled for consistency and has fallen to No.41 in the world.

“If I want to come back to my level before, I have to be tough,” Nishikori told reporters on Tuesday after taking down 13th-ranked Belgian David Goffin 6-3 7-6(3) in the ATP 500 event in Dubai.

“I try to think this is my second journey. I’ve had many injuries. This is a new journey for me, I have to be happy.”

The aggressive baseliner rose to a career-high ranking of fourth for the first time in 2015.

The last time he was ranked in the top 10 was in October 2018 but a year later Nishikori underwent elbow surgery and spent 10 months on the sidelines.

He targeted a return at the 2020 U.S. Open but pulled out after testing positive for the novel coronavirus.

Nishikori played some matches after returning in Austria in September but his season was again cut short by a shoulder injury he suffered during a five-set loss at the French Open.

In a sign that he could climb up the rankings again, Nishikori defeated youngsters Canadian Felix Auger-Aliassime and Alex De Minaur of Australia -- both former top-20 players -- during his quarter-final run at Rotterdam earlier this month.

“I’ve been playing well the last two weeks,” Nishikori said. “My goal is to come back to top 10, top five hopefully.

“I know it’s going to be a long way back, because everyone is playing well. I have to step up little more but I’ve been enjoying the challenge these couple of weeks.”