By Chris Gallagher and Ju-min Park

TOKYO (Reuters) - Tokyo Olympics creative head Hiroshi Sasaki said he has resigned after making a derogatory comment about a popular female Japanese entertainer, in the latest controversy over insensitive remarks towards women to hit Games organisers.

With only four months left before the Olympics begin, the departure of the chief director for the opening and closing ceremonies is another blow to the 2020 Games, which were postponed by a year due to the COVID-19 pandemic.

The setback comes on the heels of Yoshiro Mori’s resignation as organising committee president last month after his sexist remarks sparked outrage.

Sasaki said he had told a planning group through a group chat that Naomi Watanabe could play a role as an “Olympig”.

“There was a very inappropriate expression in my ideas and remarks,” Sasaki said in a statement issued through Games organisers early on Thursday. “I sincerely apologise to her and people who have felt discomfort with such contents.”

Watanabe expressed “surprise” by the comments.

“In fact, I am happy with this body shape,” Watanabe said in a statement posted on her agency’s website.

“But, as a human being, I sincerely hope that the world will become a fun and prosperous place where we can respect and recognise each individual’s individuality and way of thinking.”

Sasaki said he had told Tokyo 2020 President Seiko Hashimoto late on Wednesday evening that he was stepping down.

Hashimoto said she was “shocked” at the comment and accepted his resignation given that gender equality was a priority for the organisation.

“It should have never happened. That’s how I communicated with him,” Hashimoto said at a news conference, referring to her phone call with Sasaki.

Last month, Mori stepped down from his role as president of the Tokyo 2020 organising committee after causing a furore with sexist remarks when he said women talk too much.

The 83-year-old Mori, a former prime minister, was replaced by athlete-turned-politician Hashimoto who has pledged to make gender equality a top priority at the Games.

Sasaki was named head of the creative team in December as Olympic organisers looked to revamp plans for simplified ceremonies after the Tokyo Games were pushed back a year due to the COVID-19 pandemic.

Hashimoto said she would find a replacement for Sasaki so as not to impact preparations for the ceremonies. 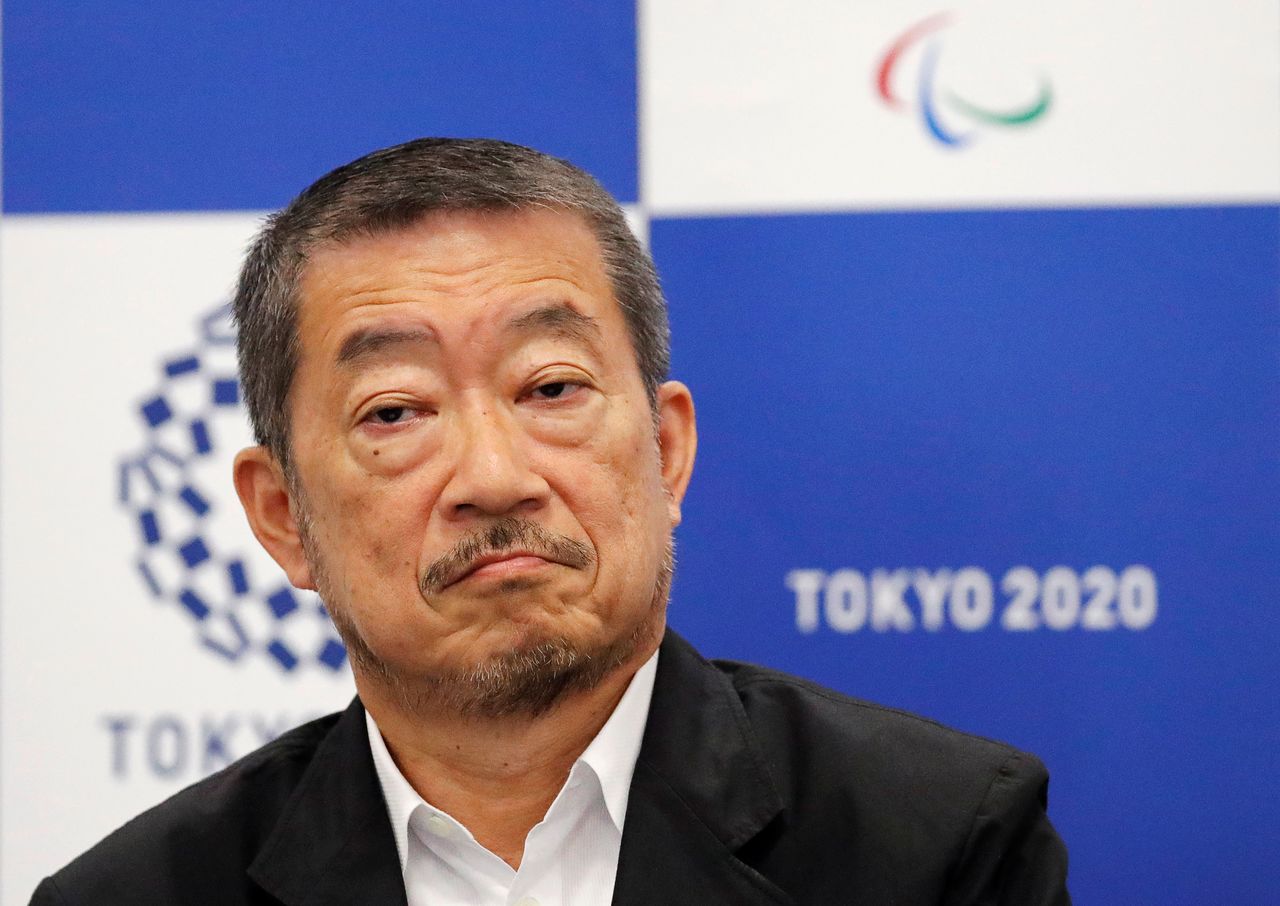 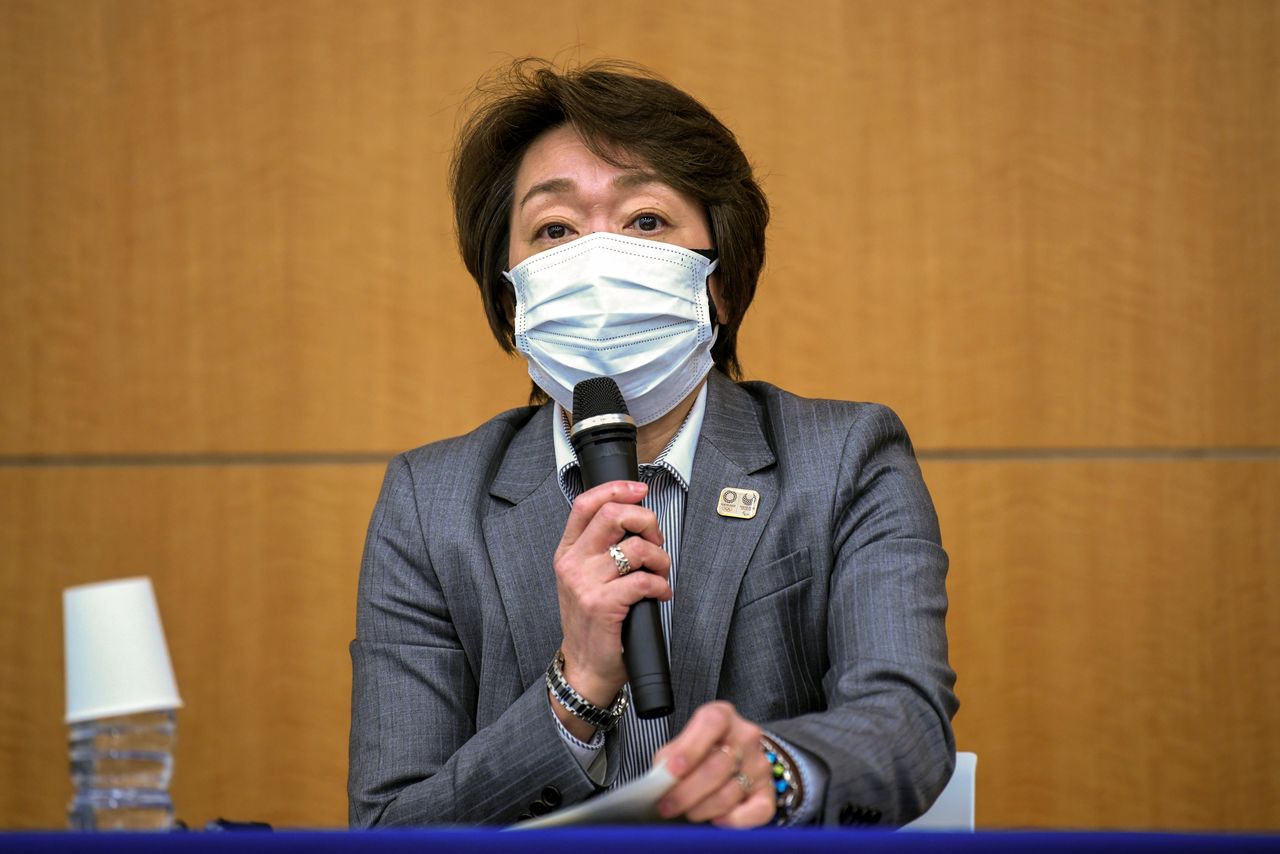 Tokyo 2020 President Seiko Hashimoto speaks during a news conference regarding the report of a Japanese weekly magazine, in Tokyo, Japan March 18, 2021. Kazuhiro Nogi/Pool via REUTERS 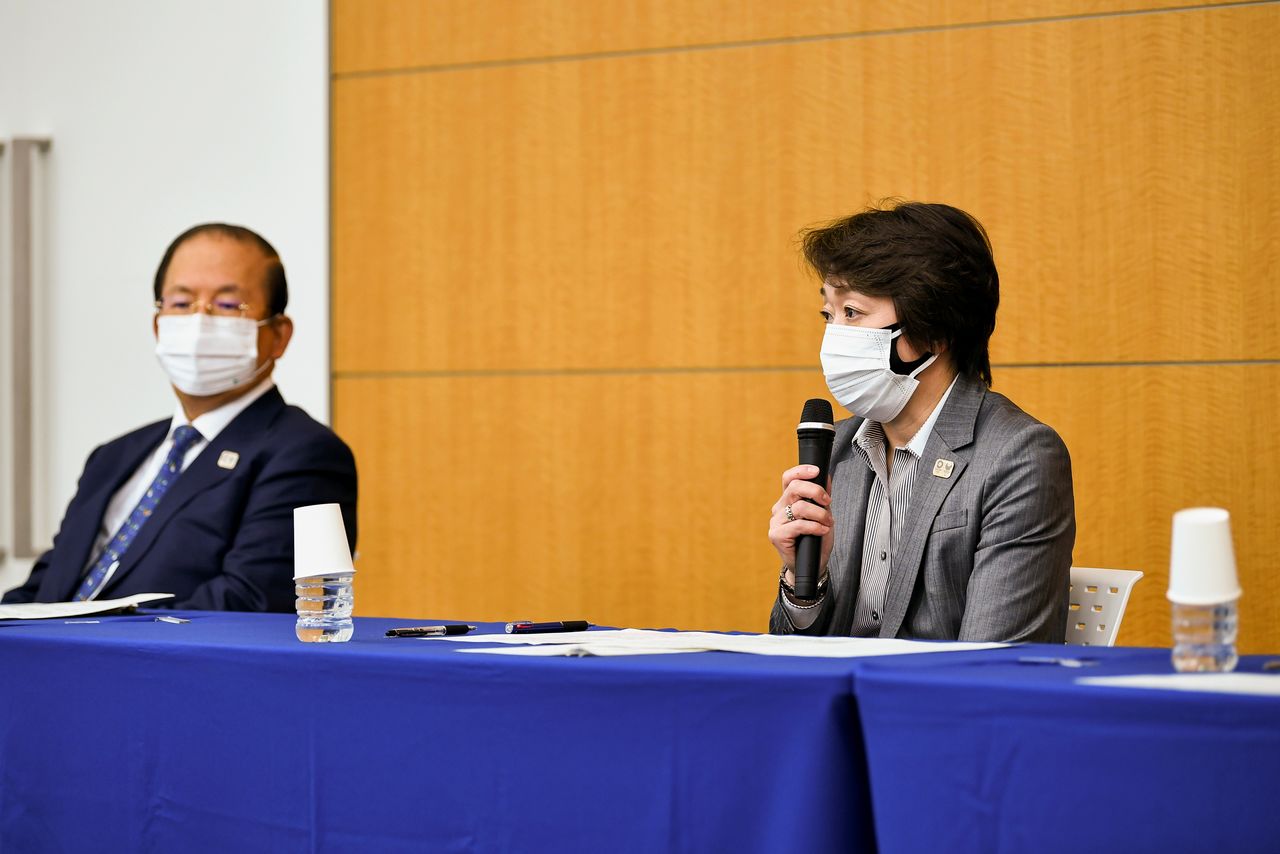