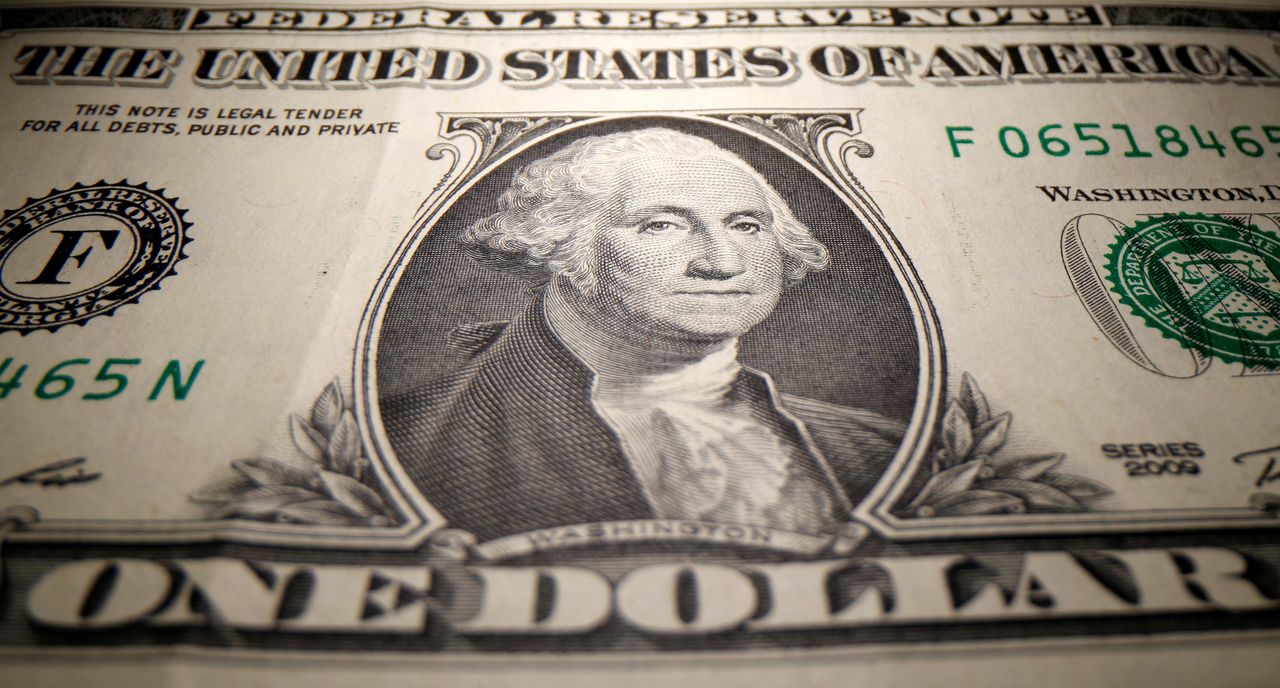 FILE PHOTO: A U.S. Dollar banknote is seen in this illustration taken May 26, 2020. REUTERS/Dado Ruvic/Illustration

The U.S. economy is heading for its strongest growth in nearly 40 years, even as central bank policymakers are pledging to keep their foot on the gas despite an expected surge of inflation, the Fed said on Wednesday.

While inflation is expected to jump to 2.4% this year, above the central bank’s 2% target, Fed Chair Jerome Powell said that is viewed as a temporary surge which will not change the Fed’s pledge to keep its benchmark overnight interest rate near zero.

“Traders are essentially betting that Powell will succeed in proving himself wrong. This is tilting interest rate differentials in the dollar’s favor and clobbering rate-sensitive currencies on a global basis,” he added.

A Nikkei report said the Bank of Japan (BOJ) was expected to slightly widen an implicit band in which it allows long-term interest rates to move around its 0% target.

Elsewhere, Norway’s crown reached its strongest against the euro in 13 months - 10.0223 crowns per euro - before erasing gains after Norway’s central bank left its key interest rate unchanged at a record-low 0.0% on Thursday and shifted its forward guidance to signal that a rate increase may follow in the second half of this year.

Sterling fell against the dollar as the Bank of England warned the outlook for Britain’s recovery remained unclear, dampening some speculation the bank would signal a more confident outlook.

“The price reversal from $61,000...trapped a lot of the longs, which were subsequently liquidated as bitcoin slipped,” said Pankaj Balani, chief executive officer at crypo derivatives platform Delta Exchange.

“This move has spooked traders and triggered some profit-taking but it does not seem anything more than a short-term correction. Bitcoin remains bullish over a medium to a longer-term time frame.”