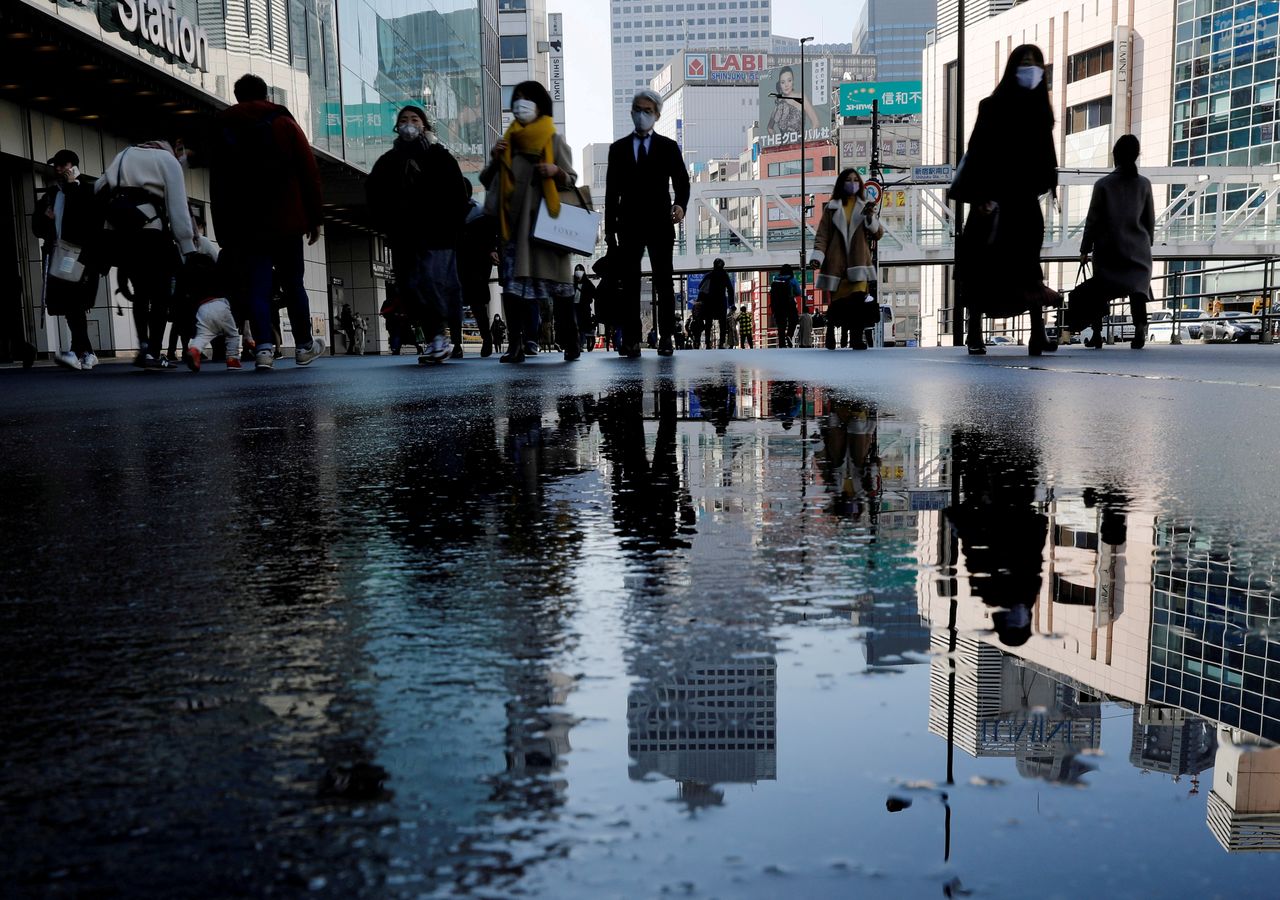 TOKYO (Reuters) - The Japanese government’s advisory panel on coronavirus measures approved on Thursday a plan to let the state of emergency expire in the Tokyo area as scheduled on March 21, while the capital’s governor warned citizens not to let down their guard.

Prime Minister Yoshihide Suga had flagged the move on Wednesday, saying the availability of hospital beds had improved in Tokyo and its three neighbouring prefectures, where restrictions have remained since early January.

“There was no objection to the plan,” Economy Minister Yasuhisa Nishimura, who also heads Japan’s coronavirus response, said after a meeting with the advisory panel.

He added, however, that experts noted that infections had been creeping up in recent days, and that a resurgence was bound to occur.

While under pressure to bring COVID-19 under control ahead of the Tokyo Olympics this summer, the government is eager to jumpstart economic activity in the Greater Tokyo area, whose 36 million residents account for 30% of Japan’s population.

The number of new COVID-19 cases has plunged from a peak in early January, when the third and most deadly wave of the pandemic swept the country. But the daily tally for Tokyo remains far from Governor Yuriko Koike’s target of reducing the seven-day average to 70% or lower than the preceding week.

On Wednesday, the capital reported 409 cases, compared with a peak of 2,520 on Jan. 7, but the highest since mid-February.

“(The state of emergency will be lifted) on the 21st, but does that mean anything goes after that? No, it doesn’t, and we have to see it as entering a new stage,” Koike told reporters.

“The first drop of vaccines for (Tokyo’s) 14 million has only just begun, and until we’re done, we have to fight with our bare hands,” she said.

While other parts of the country lifted the emergency status at the end of February, Tokyo, Kanagawa, Chiba and Saitama prefectures extended it, with officials saying they wanted to see a continued decline in infections and hospitalisations.

Under the curbs, restaurants and bars are asked to close by 8 p.m and companies to allow more telecommuting.

After the lifting of the emergency, the four prefectures will ask eateries to close by 9 p.m., at least until the end of March, to reduce the chance of a resurgence in infections, Kanagawa Governor Yuji Kuroiwa said on Wednesday.

The government’s task force will meet later on Thursday to finalise the plan, followed by a news conference by Prime Minister Suga at 7 p.m. (1000 GMT).