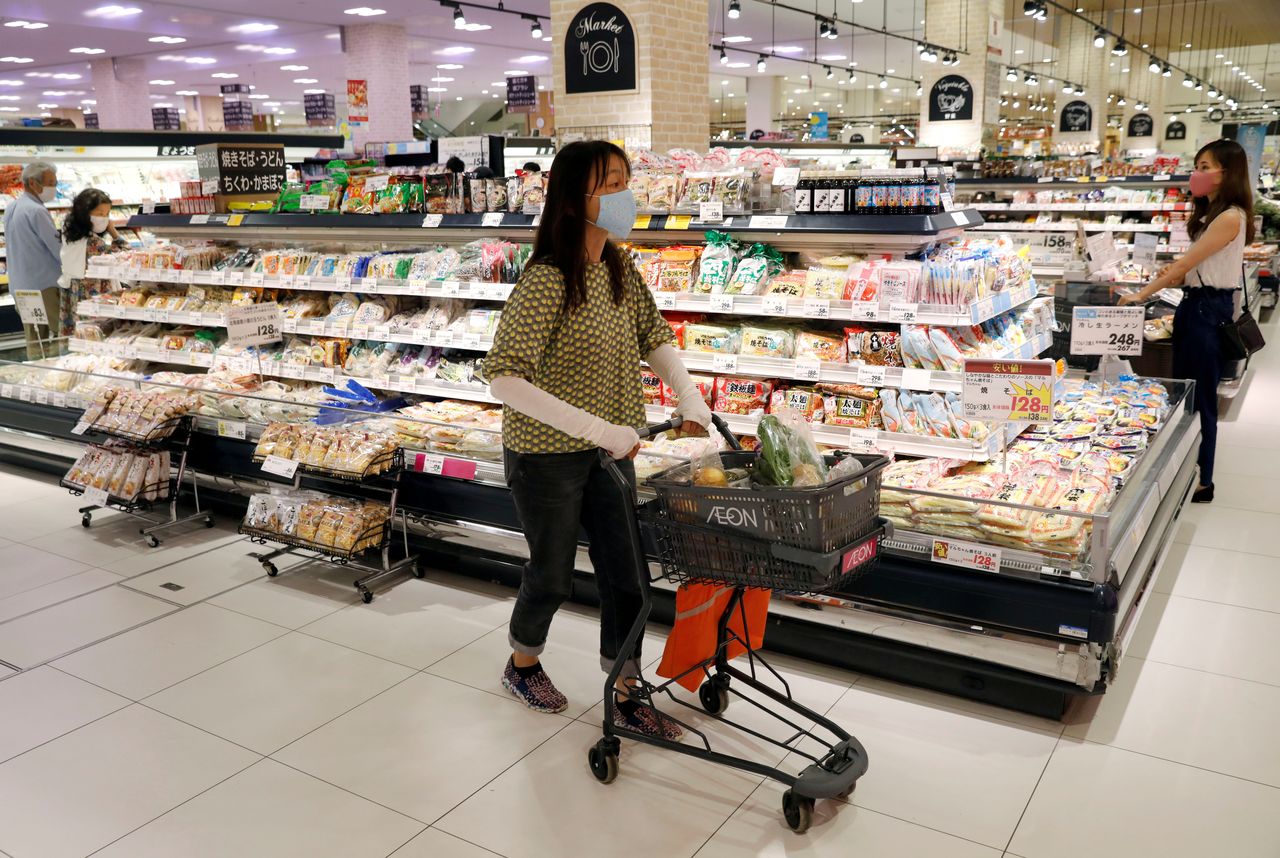 By Kaori Kaneko and Leika Kihara

TOKYO (Reuters) - The pace of annual declines in Japan’s core consumer prices slowed for a second straight month in February, as rising fuel costs offset some of the downward pressure from sluggish household spending due to the coronavirus pandemic.

The data comes ahead of the Bank of Japan’s closely watched policy meeting that ends on Friday, where the bank will come up with ways to make its stimulus programme more sustainable as the pandemic keeps inflation distant from its 2% target.

“Headline inflation recovered further in February due mainly to a pickup in energy inflation and should continue to rebound over the coming months as energy becomes a significant tailwind,” said Tom Learmouth, economist at Capital Economics.

Stripping away the effect of fresh food and energy, consumer prices rose 0.2% in February after increasing 0.1% in January, the data showed.

Japan’s economy expanded for two straight quarters after suffering its worst postwar slump in April-June last year due to lockdown measures imposed to contain the virus. Analysts expect the economy to contract again in the current quarter as renewed curbs to combat a third wave of infections hurt consumption.

The BOJ’s strategy is to keep borrowing costs ultra-low and wait for demand to rebound strongly enough to spur economic growth, a plan that is under threat by the pandemic.

Japan’s output gap, which indicates the difference between actual output of an economy and its maximum potential, stood at 20 trillion yen ($183.37 billion), Cabinet Office estimates showed on Friday.

While the output gap narrowed for a second straight quarter, the estimate showed that demand was still well short of levels deemed necessary for the economy to grow at its potential.