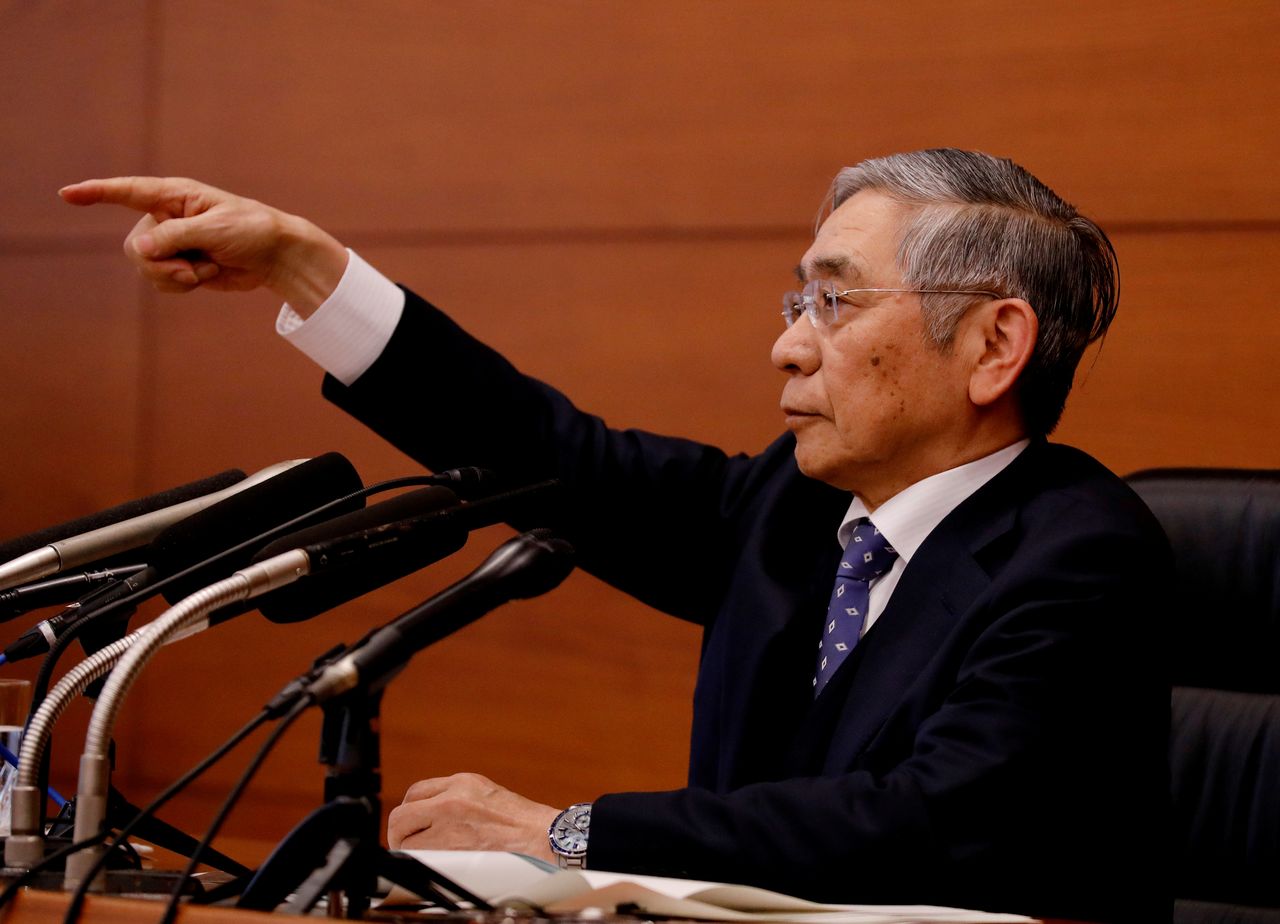 TOKYO (Reuters) - Bank of Japan Governor Haruhiko Kuroda said on Monday that the central bank would not stop buying exchange-traded funds (ETFs) or sell them as it tries to make its easing tools more flexible and sustainable under its yield curb control policy.

The central bank removed an explicit guidance to buy ETFs at an annual pace of roughly 6 trillion yen ($55.13 billion) in a review of its policy tools unveiled on Friday.

Instead of buying at a set pace, the BOJ said it would step in only when markets destabilise, with a spending ceiling of 12-trillion-yen that was set last year when the initial COVID-19 outbreak jolted stock prices.

Kuroda also pledged to stick to the 2% inflation target, which he described as a global standard, as it helps stabilise currencies among major economies.

Finance Minister Taro Aso welcomed the BOJ’s assessment, saying the review of its policy tools including ETF purchases was appropriate.