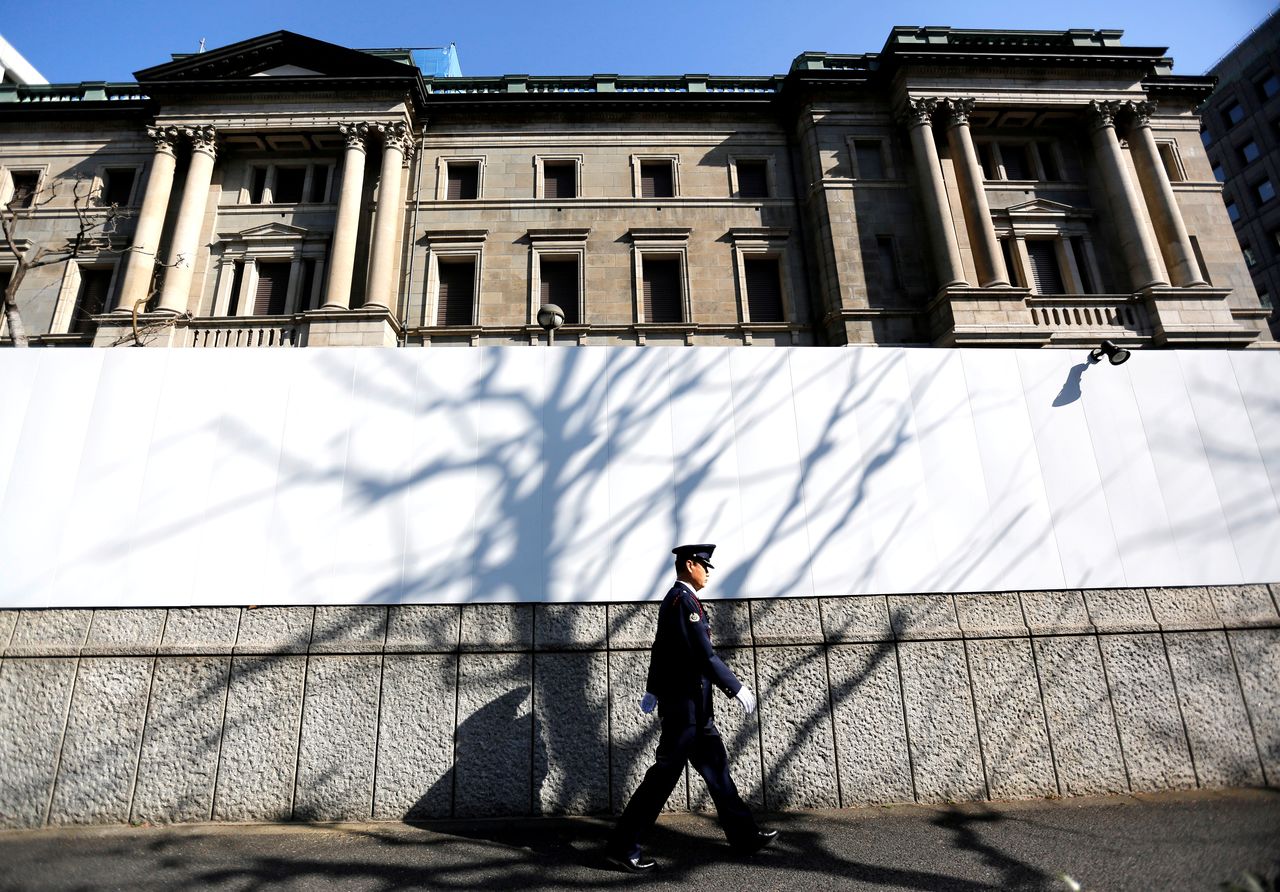 TOKYO (Reuters) - The Bank of Japan must seek ways to encourage corporate investment to promote digitalisation and a carbon-free society, one of its board members said at a January meeting, suggesting that the idea could emerge as a future policy option.

Meeting for a rate review weeks after the government rolled out fresh curbs to prevent the spread of the coronavirus pandemic, BOJ policymakers warned of various risks that cloud their projections of a moderate economic recovery.

Among them was the chance the pandemic could prod firms to put off investment for innovation, minutes of the Jan. 20-21 meeting showed on Wednesday.

“It’s important to encourage corporate activities for future growth such as research and development investment, business portfolio reforms, and efforts on digitalisation and decarbonisation,” one of the members was quoted as saying.

“It’s crucial for the BOJ to devise monetary policy means to boost firms’ and households’ growth expectations by showing its determination to never allow a return to deflation,” the member said.

Another member, however, said it was “not easy” to use monetary policy to address the structural challenges faced by Japan’s economy, the minutes showed.

The debate by the nine-member board suggests the BOJ could come up with additional easing steps to assist Prime Minister Yoshihide Suga’s growth strategy to revitalise the economy.

In December, Suga’s administration laid out a growth strategy that put green investment and digitalisation among the top priorities to bolster the economy.

The BOJ board also kicked off discussions in January about a review of its policy tools, aimed at making them sustainable enough to weather a prolonged battle with economic stagnation.

One member said allowing long-term yields to fluctuate more will not hurt the economy much because many corporate borrowing are linked to short-term rates, the minutes showed.

There was no mention in the minutes of the need to keep long-term rates stably low, a comment later made by Governor Haruhiko Kuroda.

At the January meeting, the BOJ kept monetary policy steady and upgraded its economic forecast for next fiscal year, but warned of escalating risks to the outlook.

At a subsequent meeting in March, the BOJ slightly loosened its grip on long-term yields but focused on the need to keep borrowing costs low to support the pandemic-ravaged economy.