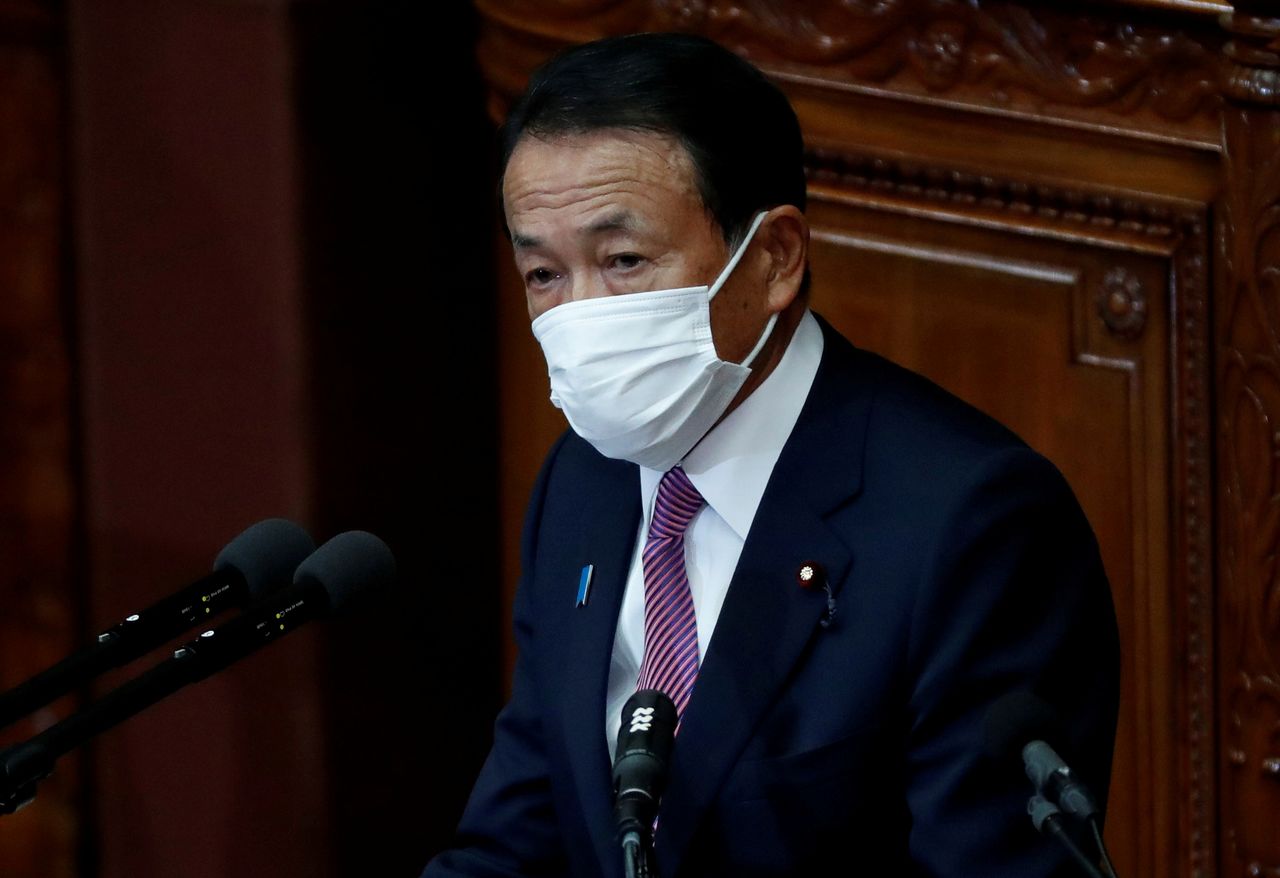 TOKYO (Reuters) - Japanese policymakers are stepping up calls to raise the country’s minimum wage as part of a strategy to ensure households can boost consumption and revitalise the economy when COVID-19 curbs are removed and vaccines are rolled out.

Finance Minister Taro Aso said on Wednesday it was hard to reenergize the economy with monetary easing alone, calling on companies to help out by raising salaries for employees.

“We have to prod companies to transfer more of their profits to households by raising salaries. Otherwise we won’t see consumption fire up,” Aso told parliament.

The remarks echo those of Prime Minister Yoshihide Suga, who said on Monday the government will aim to raise the average minimum wage to 1,000 yen “swiftly” to help improve living conditions for temporary workers hit hardest by the pandemic.

“With a pledge of higher wages, the administration may be trying to appeal to voters,” said Koya Miyamae, senior economist at SMBC Nikko Securities.

The call comes as major Japanese firms are set to offer the lowest wage increases in eight years, a sign the pandemic is putting an end to the benefits brought on by former premier Shinzo Abe’s stimulus policies.

Raising the minimum wage, particularly those for regional areas where wages are lower than bigger cities, will likely be among key topics of debate at the government’s top economic council. The council will come up with an outline of its long-term economic strategy around the middle of this year.

Japan’s economy rebounded from the pandemic’s initial hit thanks to robust exports. But it is likely to have shrunk in the current quarter due to softer consumption, even though new state of emergency curbs imposed in January have been lifted.

Many policymakers expect the post-pandemic recovery to be modest in Japan, with some analysts warning of the risk of a return to deflation if the weakness in domestic demand persists.

Some firms are doing fairly well. Sony will pay record bonus payments this year, reflecting brisk sales of its game consoles as the pandemic kept people home, according to Kyodo news agency. But such cases are rare.

Raising the minimum wage could be controversial. While it will give wage-earners more money to spend, it will hit small, regional firms barely staying afloat from the pandemic’s hit.