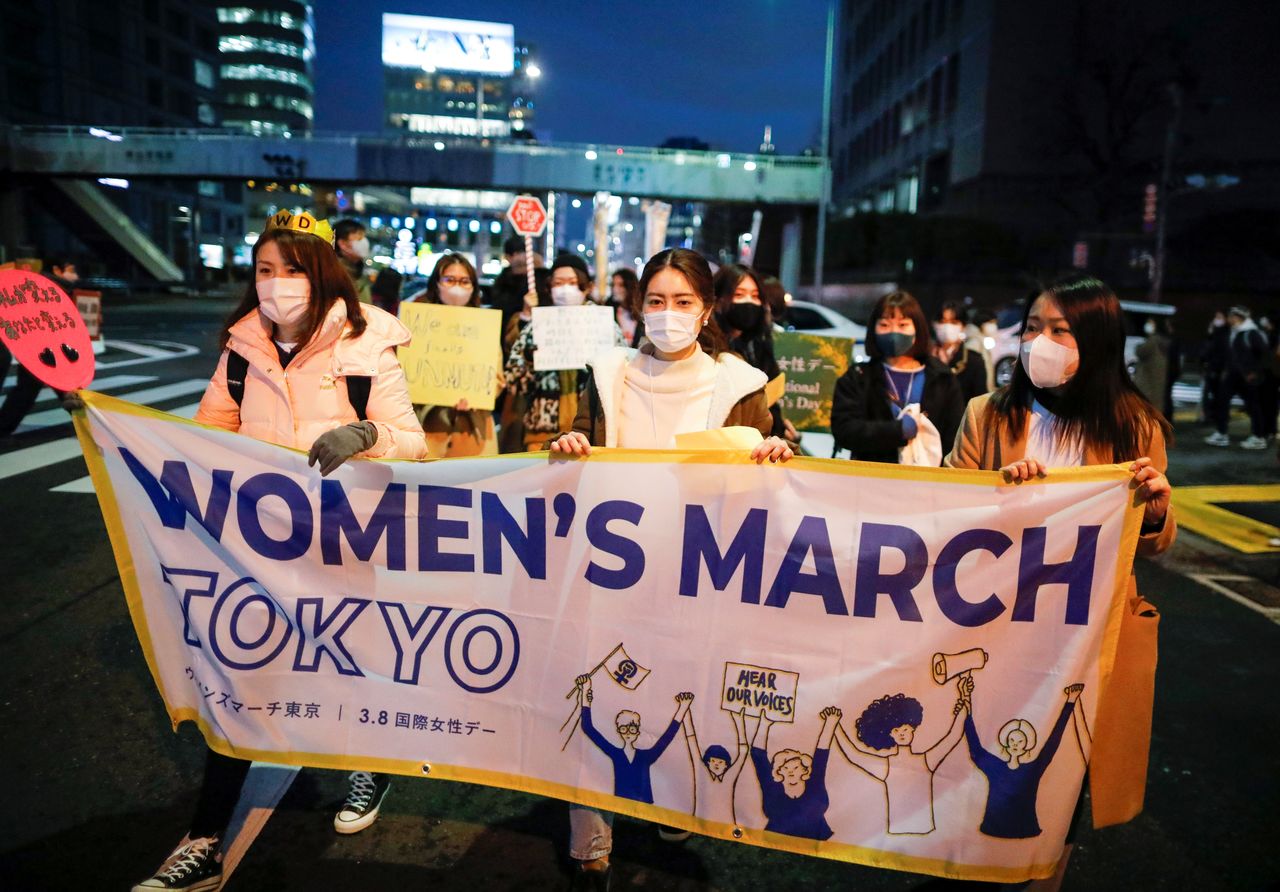 Demonstrators hold a banner as they take part in a march to call for gender equality and protest against gender discrimination, marking the International Women’s Day in Tokyo, Japan March 8, 2021. REUTERS/Issei Kato

TOKYO (Reuters) - An online advertisement featuring a woman saying the debate over gender equality is outdated has sparked furore in Japan for being sexist, a month after an outcry over sexist comments by the former Olympics organising chief saw him step down.

In the advertisement, which was released on Monday to promote an evening TV news programme, a woman speaks about her day in a chatty manner to the camera and says “when you see some politician campaigning for ‘gender equality’ like a slogan - it feels so outdated, don’t you think?”

“The cowardice of having a woman say that ‘gender equality is outdated.’ You should be ashamed of yourself,” said one user on Twitter.

“I can’t understand how anyone can make an advert saying that gender equality is outdated in an age when we are trying to change” the difficulties of living in Japan as a woman, said opposition lawmaker Mizuho Fukushima on Twitter.

TV Asahi, the broadcaster that released the advert, said they had intended to convey that it was time to take concrete action on achieving gender equality rather than just talking about it.

“We take it seriously that there were people who were offended by this advert, and extend our apologies to them,” the broadcaster said in a statement released Wednesday, adding that they had taken the advertisement down.

In early February, former Tokyo 2020 Organising Committee president Yoshiro Mori sparked outrage for suggesting that women talk too long at meetings, prompting him to be replaced by Seiko Hashimoto just a few months before the start of the Summer Olympic Games.