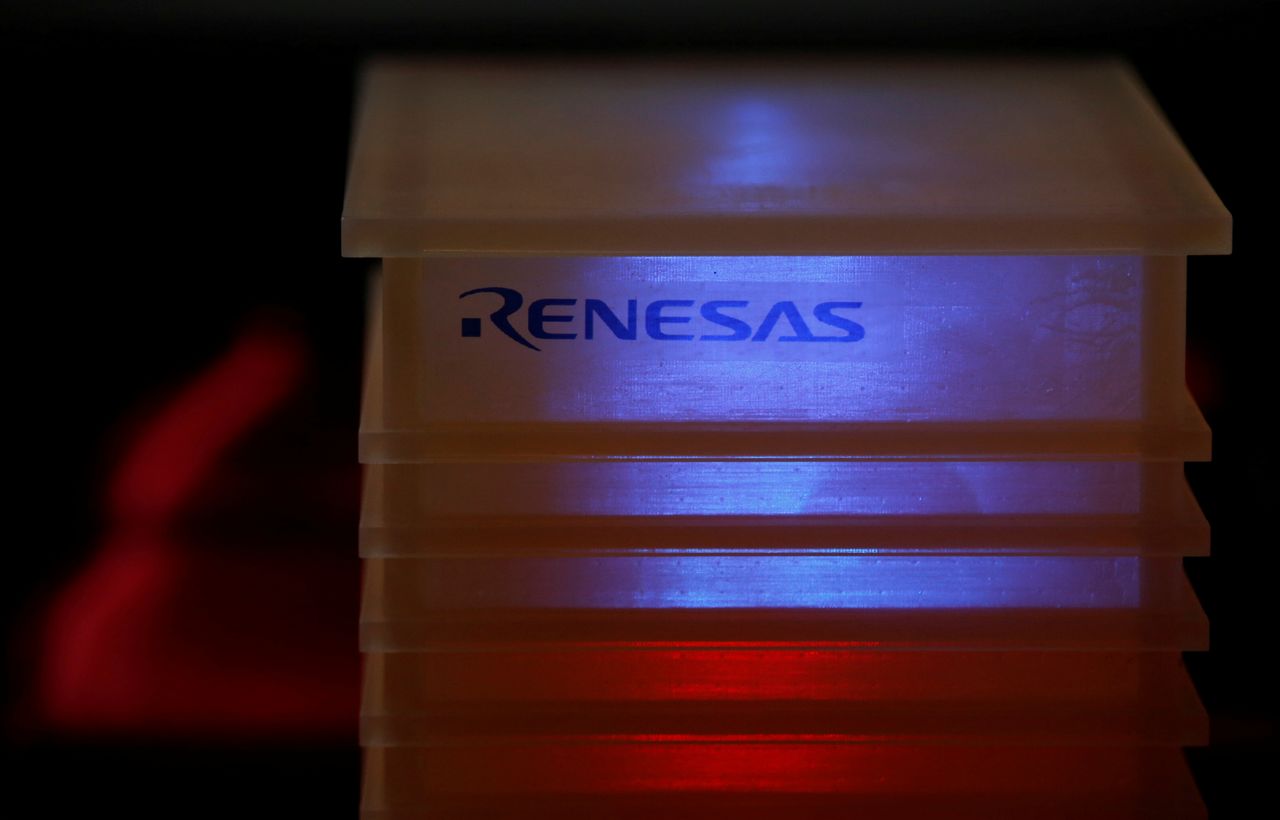 By Tim Kelly and Joyce Lee

TOKYO/SEOUL (Reuters) - Japan has called on equipment makers to help one of its biggest chipmakers restore production, the latest government move aimed at easing a semiconductor shortage that has hit production at car companies and is now pressuring makers of electronic devices.

A chip plant owned by Renesas Electronics Corp was hit by fire last week and replacing damaged machines could take several months. The company accounts for 30% of the global market for microcontroller units used in cars.

Underscoring the severity of the crisis, Hyundai Motor Co, until recently one of the automakers least affected due to prudent stockpiling, is facing curbs to production from April, the Financial Times reported on Wednesday, citing a person with direct knowledge of the situation.

Renesas is one of the South Korean automaker’s chip suppliers.

A Hyundai representative said the company is closely monitoring the situation and will optimise production in line with supply conditions. A union official said the automaker had enough chips for its popular models but would be making fewer of models like the Sonata sedan which do not sell as well.

Shares in Hyundai ended down 2.4%.

Japanese bureaucrats have contacted companies at home and overseas to request they provide parts and machinery to Renesas, a trade ministry official told Reuters on Wednesday.

In a further sign that chip woes are spilling beyond the auto industry, Intel Corp on Tuesday forecast lower-than expected annual profit, reflecting what it said was an industry-wide shortage of components such as substrates. The company’s processors power personal computers and servers.

Earlier this month, sources also told Reuters that Qualcomm Inc was struggling to keep up with demand for its processor chips used in smartphones, including those made by Samsung Electronics.

In addition to Japan, Germany and the United States have also ramped up efforts to resolve the shortage, caused by a pandemic-driven surge in demand for consumer electronics and exacerbated by panic buying to shore up chip stockpiles.

The White House has held meetings with automakers and suppliers to identify chokepoints and is liaising with international allies. Berlin asked Taiwan in January to persuade its chip foundries to increase supply to German car makers.

Governments and companies are also positioning themselves for long-term survival in the highly competitive semiconductor industry which has often been a flashpoint for trade tensions.

Intel announced on Tuesday that it plans to spend as much as $20 billion to build two factories in Arizona, challenging Samsung Electronics Co Ltd and TSMC, the two other companies that make the most advanced chips.

The move suggests that the United States is keen to shift some technological balance of power back home, as it is concerned about the risks of having too much chipmaking concentrated in Taiwan given tensions with China.

In Japan, Canon Inc, Tokyo Electron Ltd and Screen Semiconductor Electron will join a government funded 42 billion yen ($385 million) programme that will cooperate with overseas foundries including TSMC to develop advanced 2 nanometre chips, demand for which will be driven by the introduction of 5G technology.

Japan wants to ensure it is able to build advanced semiconductors in the future and aims to build a test line near Tokyo with help from TSMC which plans to establish a research and development facility there, a trade ministry official said.

(Reporting by Tim Kelly in Tokyo, and Joyce Lee and Heekyong Yang in Seoul; Writing by Sayantani Ghosh; Editing by Edwina Gibbs)