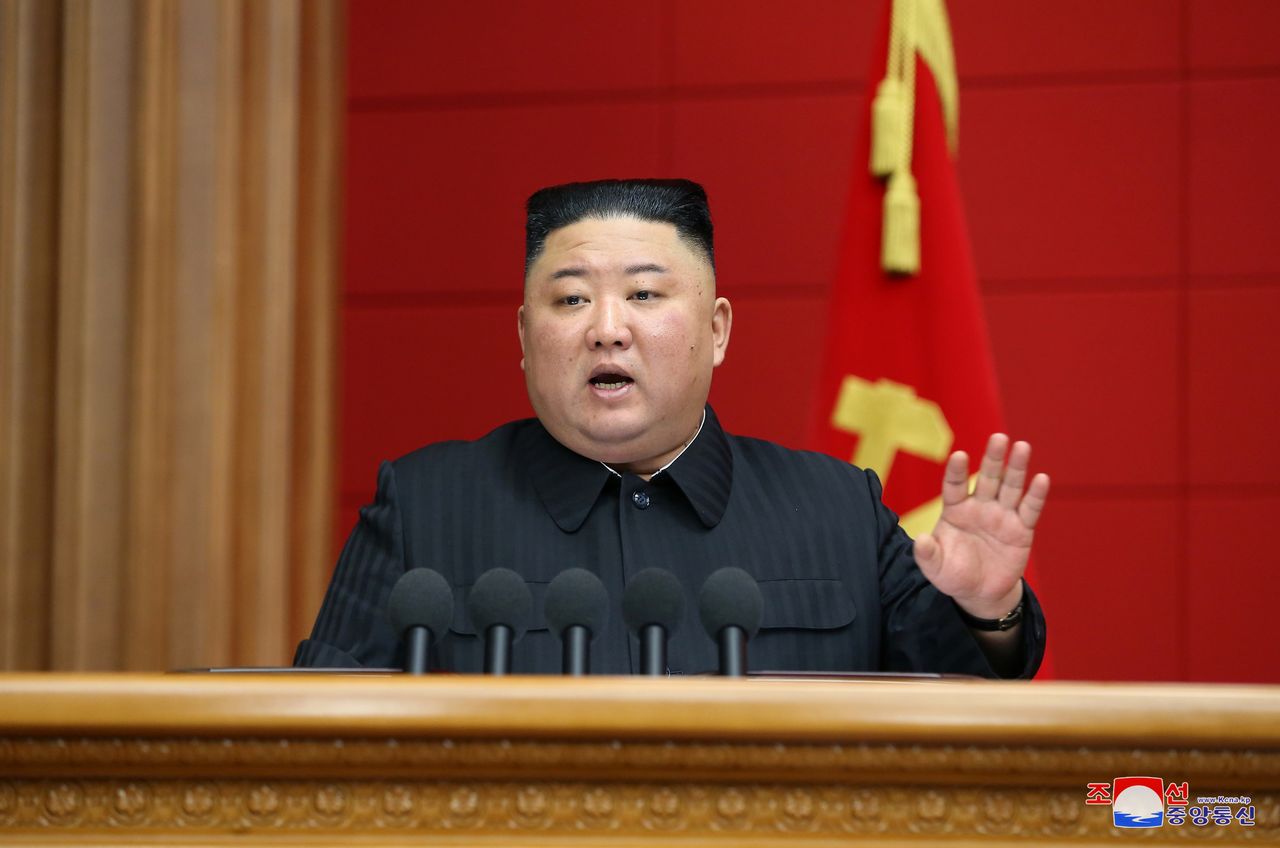 By Josh Smith and Antoni Slodkowski

SEOUL/TOKYO (Reuters) - North Korea launched two suspected ballistic missiles into the sea near Japan on Thursday, underscoring the country’s weapons advancements, fueling tension ahead of the Tokyo Olympics and ramping up pressure on the new Biden administration.

The apparent tests were reported by authorities in the United States, South Korea, and Japan, and coincided with the start of the Olympic torch relay in Japan.

They would be the first ballistic missile tests by North Korea in nearly a year and the first reported under U.S. President Joe Biden, who took office in January.

Analysts said the latest missile tests do not mean denuclearisation diplomacy is dead, but they highlight an inconvenient truth for the new U.S. administration: Pyongyang’s arsenal is advancing every day, posing new threats and increasing its potential bargaining power should talks resume.

“Every day that passes without a deal that tries to reduce the risks posed by North Korea’s nuclear and missile arsenal is a day that it gets bigger and badder,” said Vipin Narang, a nuclear affairs expert at the Massachusetts Institute of Technology in the United States.

Thursday’s launches came just days after North Korea fired several cruise missiles in a move that Biden said was not provocative and “business as usual.”

The Biden administration is in the final stages of its North Korea policy review, officials have said, and has been simultaneously signalling a hard line on human rights, denuclearisation and sanctions, while making diplomatic overtures that have so far been rebuffed by Pyongyang.

It would be a mistake for Washington to ignore the advances in North Korea’s short-range missiles, especially after leader Kim Jong Un declared in January that his military had the technology to miniaturise nuclear warheads and place them on tactical missiles, said Markus Garlauskas, a senior fellow with the Atlantic Council and former U.S. National Intelligence Officer for North Korea.

“Downplaying North Korean ballistic missile tests will not help U.S. diplomacy with North Korea in any way, and would only encourage North Korea to further test the bounds of what the new administration can accept,” he said.

The missile launches highlight the threat North Korea’s illicit weapons programme poses to its neighbours and the international community, the United States military’s Indo-Pacific Command said in a statement.

The command said it was monitoring the situation and consulting allies. There was no official comment from the White House or State Department on the test.

North Korea typically confirms such missile tests - which it says are part of its sovereign right to self-defence - in state media a day later.

Japan’s coastguard said the first missile was detected soon after 7 a.m. and flew about 420 km (260 miles), followed by a second 20 minutes later that flew about 430 km.

South Korea’s Joint Chiefs of Staff reported that two “short-range missiles” were fired into the sea between the Korean peninsula and Japan from North Korea’s east coast.

South Korean and U.S. intelligence agencies were analysing the data of the launch for additional information, the JCS said in a statement.

Narang said even short-range ballistic missile tests would be a “step up” from the weekend cruise-missile test, and allow North Korea to improve its technology while sending a proportionate response to recent U.S.-South Korea military drills.

The launches overshadowed the start of the Olympic torch relay in Japan, beginning a four-month countdown to the summer Games in Tokyo.

“The first launch in just less than a year represents a threat to peace and stability in Japan and the region and violates U.N. resolutions,” Japanese Prime Minister Yoshihide Suga said in comments aired by public broadcaster NHK.

Suga said he would ensure a safe and secure Olympics and discuss the launches with Biden during his visit to Washington next month.

After a meeting with South Korean Foreign Minister Chung Eui-yong in Seoul, Russian Foreign Minister Sergei Lavrov said the talks had emphasised the need to establish peace and stability of Northeast Asia, including the Korean peninsula.

“This means all related countries need to abandon arms race and escalation of military activities of any form,” he said in a news conference.

Leif-Eric Easley, a professor at Ewha University in Seoul, said Biden’s North Korea policy review would come within the context of the administration’s strategy on China, North Korea’s only major ally.

“North Korea’s military activities after reaffirming ties with Beijing raise questions about how China is complicit in sanctions evasion and may be enabling the Kim regime’s threats to the region. This will increase calls in the U.S. and elsewhere to sanction Chinese firms involved in illicit trade,” he said.

North Korea has not tested a nuclear weapon or its longest-range intercontinental ballistic missiles (ICBMs) since 2017, ahead of an historic meeting between leader Kim Jong Un and former U.S. President Donald Trump in 2018.

In early 2018, North Korea announced a moratorium on testing nuclear weapons and ICBMs, though it says it no longer feels bound by that after negotiations with the Trump administration faltered.

Biden’s diplomatic overtures to North Korea have similarly gone unanswered, and the North said it would not engage until the United States ceased hostile policies and military exercises with South Korea.

Analysts have noted a change in wording from previous U.S. administrations, emphasising the “denuclearisation of North Korea” rather than the whole peninsula - a position likely to be anathema to Pyongyang.

North Korea has continued to develop its nuclear and missile programmes throughout 2020 in violation of U.N. sanctions dating back to 2006, helping fund them with about $300 million stolen through cyber hacks, according to U.N. sanctions monitors.

It has tested a number of new short-range missiles that can threaten South Korea and the 28,500 U.S. troops stationed there, most recently in March 2020.