TOKYO (Reuters) - The Olympic torch relay will start in Fukushima on Thursday, kicking off a four-month countdown to the summer Games in Tokyo, delayed from 2020 and the first ever organised during a global pandemic.

Some 10,000 runners will take the torch across Japan’s 47 prefectures, including far-flung islands, starting from the site of the 2011 quake and tsunami that killed about 20,000 people, highlighting the government’s “Reconstruction Olympics” theme.

The first section will not have spectators to avoid large crowds and roadside onlookers elsewhere will have to wear masks and socially distance along the way as Japan battles the deadly virus and scrambles to vaccinate its people.

The starting ceremony will be held at J-Village in Fukushima, a sports complex converted into a staging ground for workers decommissioning the crippled nuclear power plant that caused tens of thousands to flee.

On Thursday, members of the Japanese national women’s soccer team will use the Olympic flame, flown in from Greece, to light the torch.

The relay, which will culminate with the Olympic opening ceremony on July 23, has been hit by several high-profile runner cancellations as celebrities and top-level athletes have pulled out, citing late notice and worries over the pandemic.

The opening ceremony - originally planned for thousands of fans as a celebration of Japan’s recovery - will be closed to the public. It will feature a drum concert and dance performances by a group of residents from Fukushima, followed by a children’s choir.

Japan has fared better than most countries during the pandemic, with fewer than 9,000 coronavirus deaths. But a third wave of infections has pushed the numbers to record highs, triggering a state of emergency in Tokyo and other areas that was lifted this week.

The majority of the public are against the Olympics being held as scheduled, polls show, and Japan is the slowest among advanced economies with its vaccination roll out.

But many locals are apprehensive about the Games, as areas around the plant remain off-limits, worries about radiation linger and many who left have settled elsewhere. Decommissioning will take up to a century and cost billions of dollars. 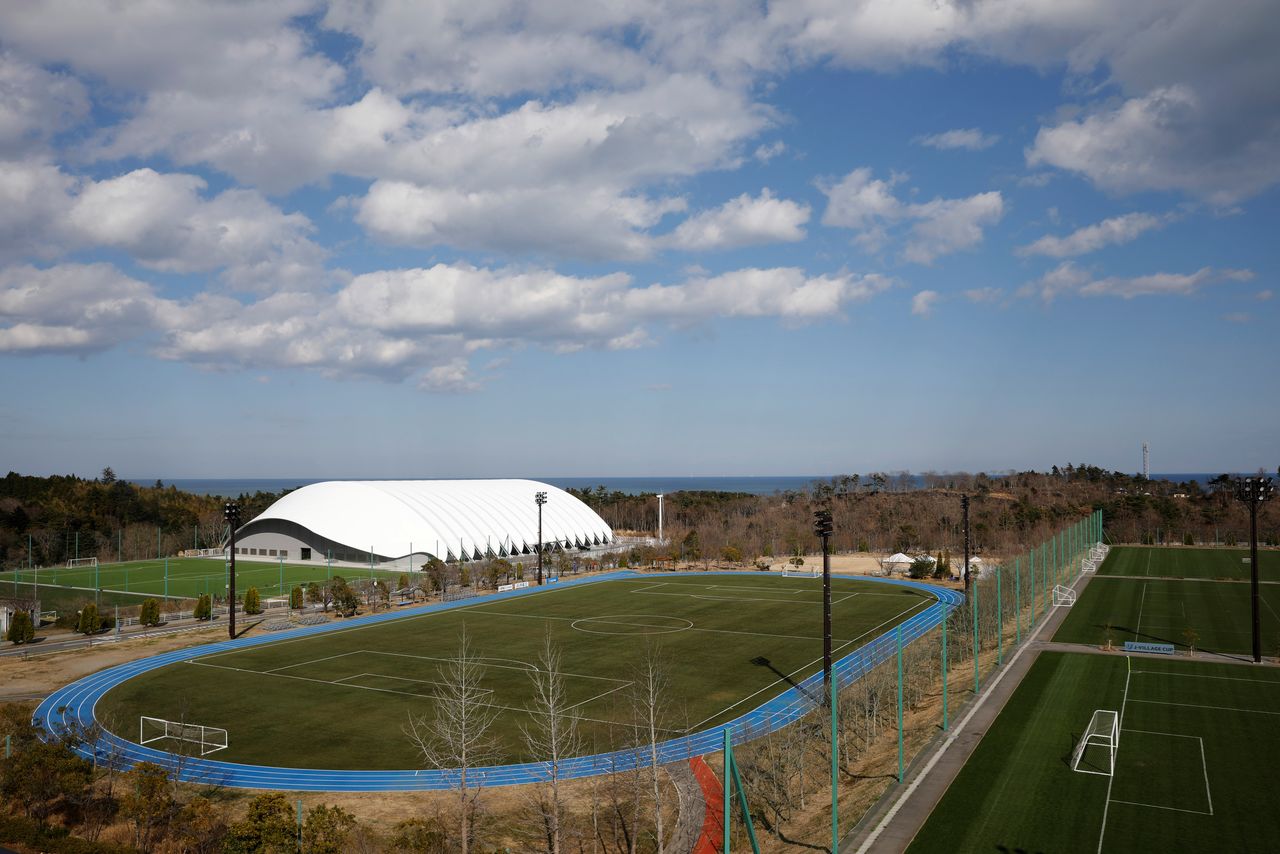 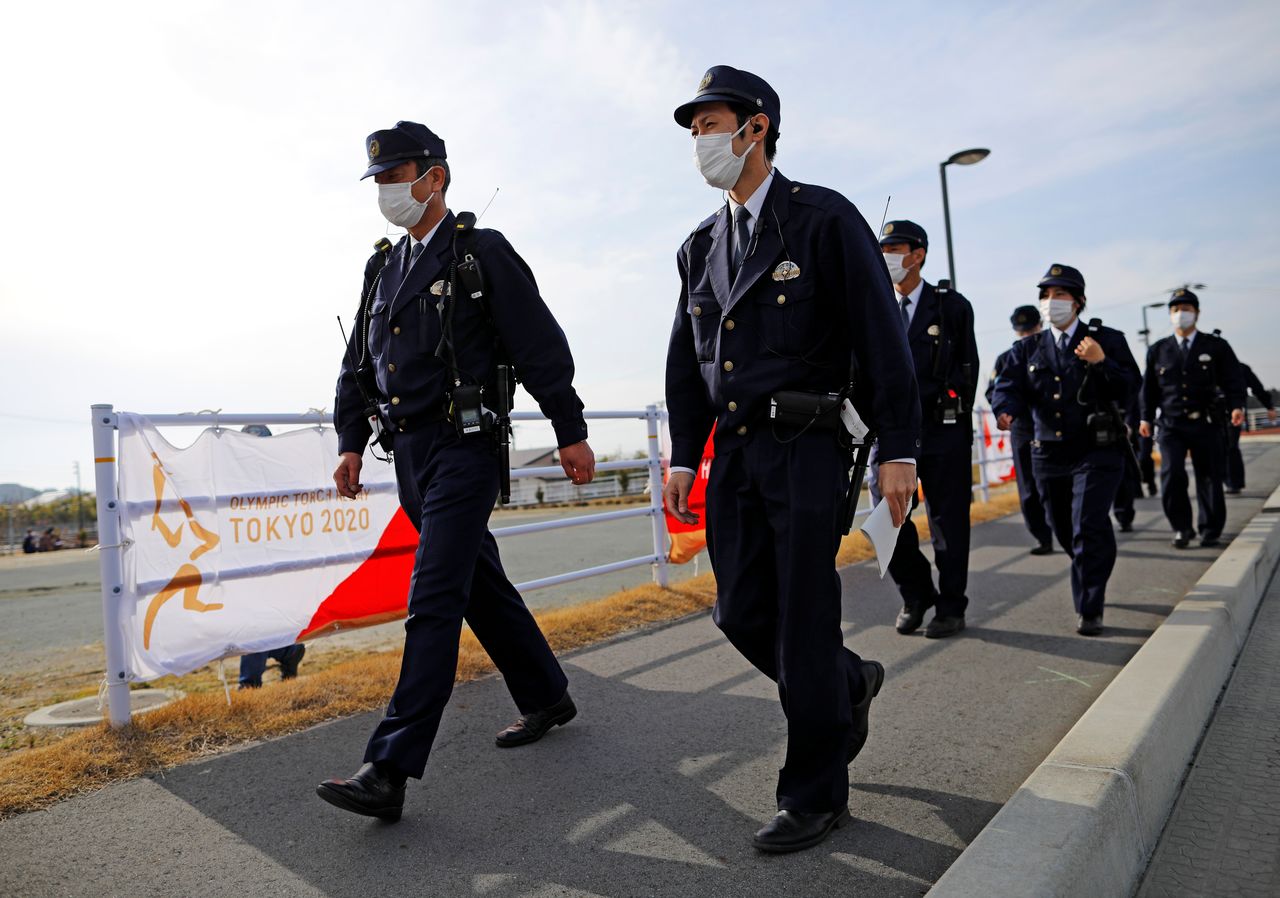 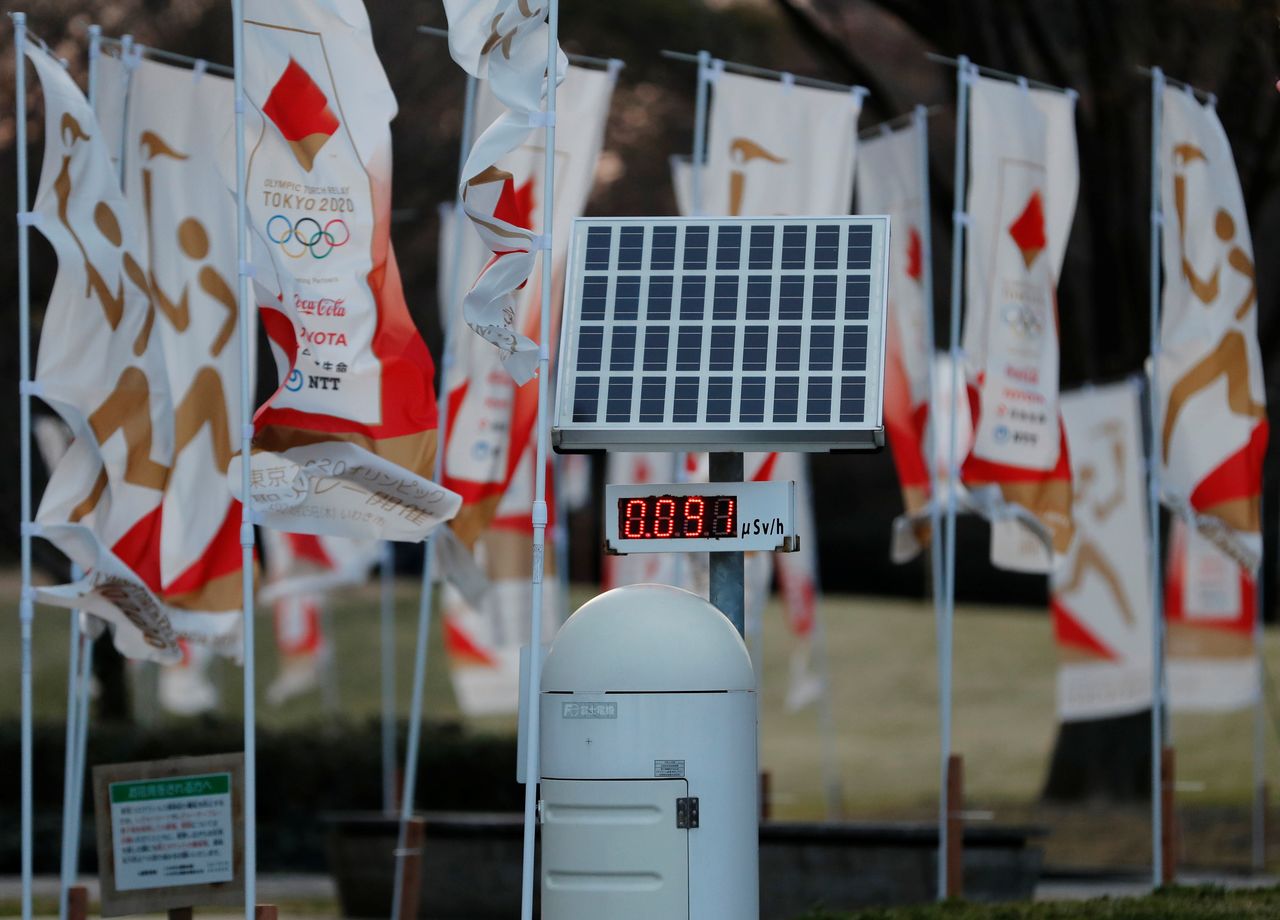 A Geiger counter, measuring a radiation level of 0.091 microsieverts per hour, is seen next to flags promoting the torch relay of the Tokyo 2020 Olympic Games at a park in Iwaki, Fukushima prefecture, Japan, March 24, 2021. REUTERS/Kim Kyung-Hoon 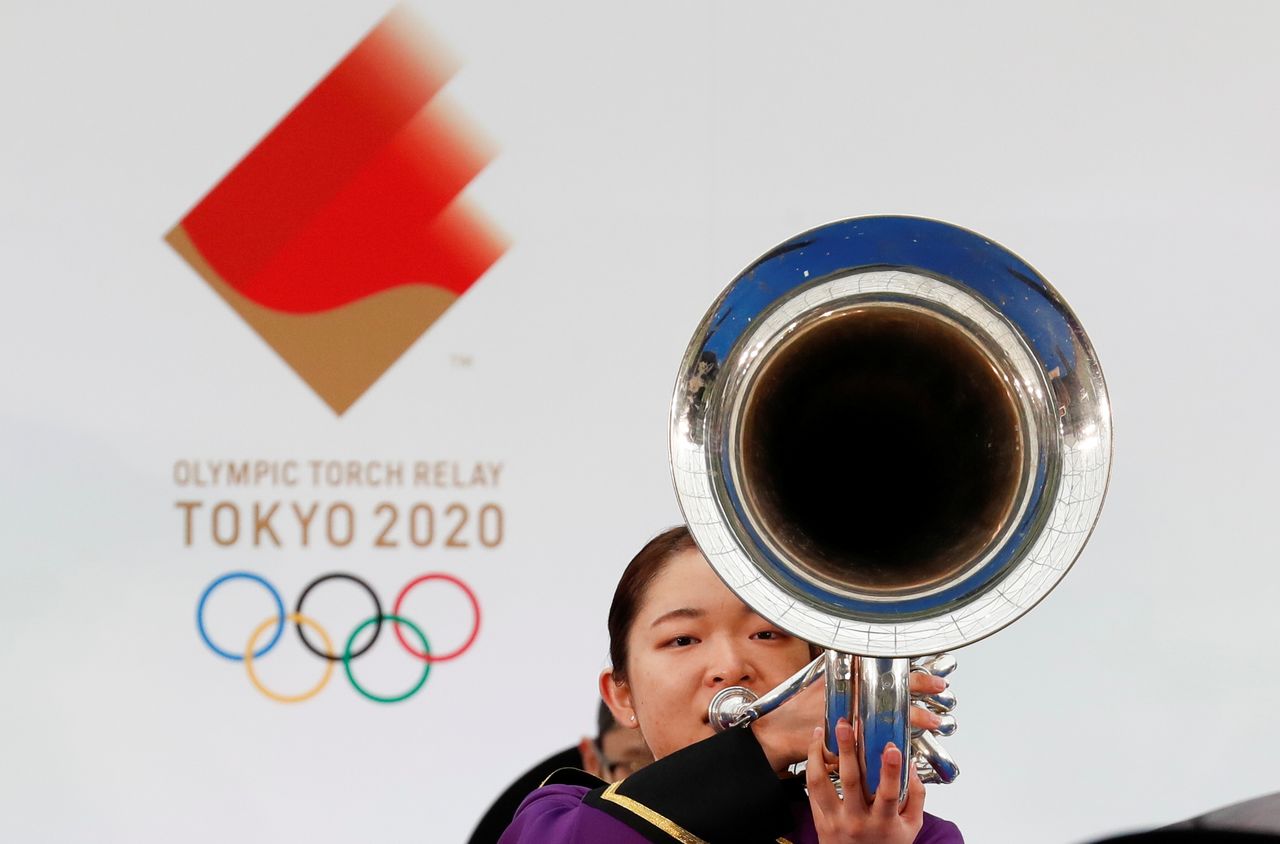 A member of the marching band ”Seeds+“ plays an instrument during an opening performance on the first day of the Tokyo 2020 Olympic torch relay in Naraha, Fukushima prefecture, Japan March 25, 2021. REUTERS/Kim Kyung-Hoon/Pool