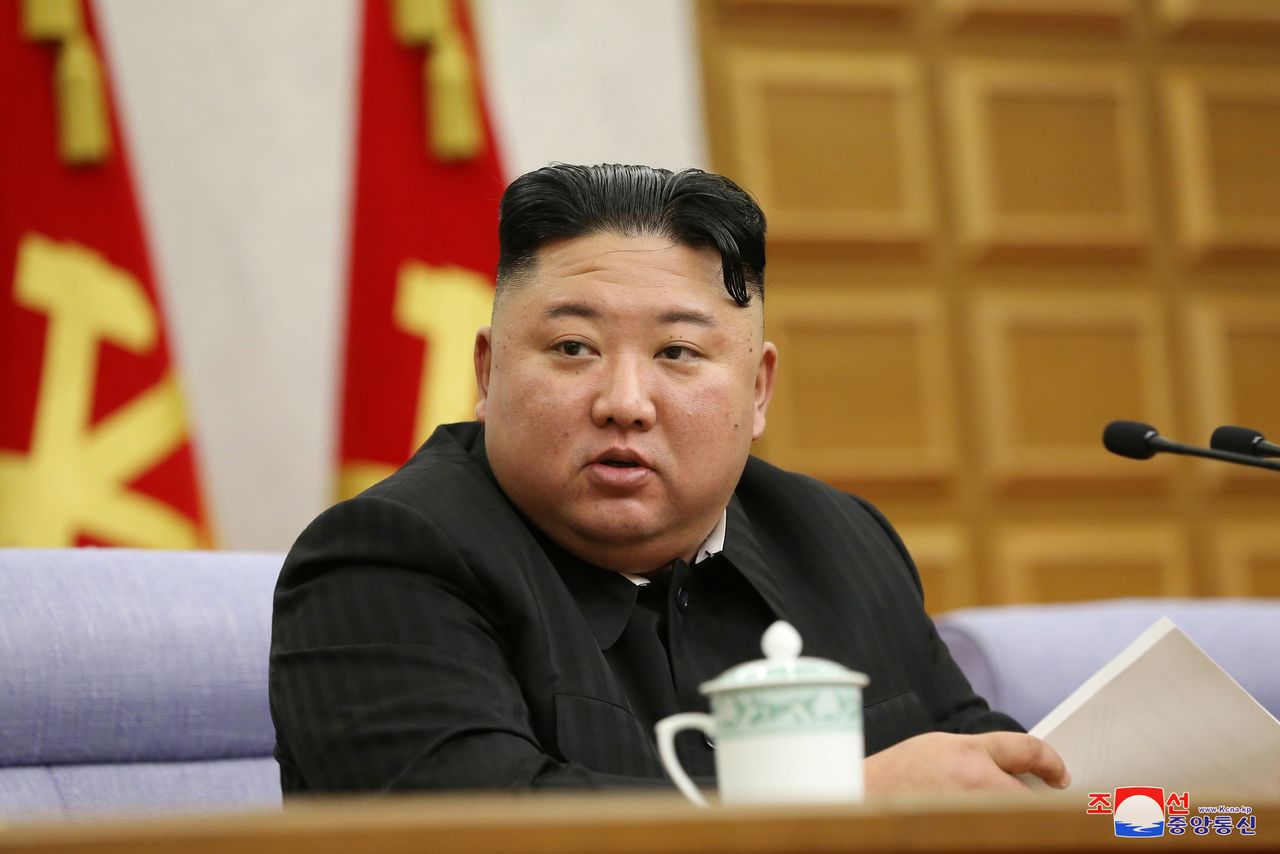 (Reuters) - North Korea launched two ballistic missiles into the sea near Japan on Thursday, Japan’s prime minister said, fuelling tensions ahead of the Tokyo Olympics and ramping up pressure on the new Biden administration in Washington.

Here are some reactions to the launch:

“In light of today’s ballistic missile test, the U.S. and South Korea should strengthen their deterrence posture to defend against these smaller missiles including returning to the normal scale and scope of joint military drills, minus U.S. strategic assets for now until there’s a bigger provocation like ICBM and nuclear tests.

“Washington doesn’t need to appear eager to talk any time soon. It should, at the least, send an unambiguous message of its commitment to allies and call for an immediate UN Security Council emergency session with the aim of enforcing existing sanctions more effectively and comprehensively and to lay the groundwork for additional sanctions if Pyongyang continues to violate UN resolutions even though we’re in a tricky situation with the pandemic. These should include secondary boycott sanctions including Chinese firms involved with illicit trade.”

“North Korea has great motivation to continuously develop its strategic deterrence capability. It will likely start testing shorter-range and less provocative missiles like these, and proceed gradually to test longer-range ones, even intercontinental ballistic missiles. It had displayed a series of new strategic missile systems at the last two parades, which it has not had the chance to test yet.

“The exchange of a verbal message between the Chinese and North Korean leader on Monday showed that both sides want to strengthen the relationship.

“North Korea needs the support of countries like China and Russia to circumvent international sanctions. As China faces harsher criticism from the whole western world, it is intrinsically motivated to seek international support, and North Korea has seized this chance to support China in areas where it has been criticised.”

“For the North Koreans, this recent launch accomplishes many things. For one, they tested over the weekend and there wasn’t an immediate response so a follow-up is a good check to see if the allies’ intelligence, surveillance, reconnaissance, and deterrence postures are functioning properly. Secondly, the policy review in the U.S. is coming out soon and they probably want to get ahead of that to see how the U.S. responds, they might even be interested in talks.

“North Korean founder Kim Il Sung’s birthday is also coming up in a few days ... they have their own spring exercise schedule so it is timed to that as well. U.S.-Republic of Korea exercises are also at about this time. So all of that nicely overlaps with this launch.

“I think the message reinforces the statements we got a few days ago - stop the belligerent act but if we do engage, we want to set the terms of that engagement.”

YOJI KODA, FORMER ADMIRAL AND COMMANDER OF THE JAPANESE FLEET:

“North Korea wants to send a clear signal to the Biden Administration. One thing less discussed, though, is that today there is a South Korean-Russian event. It is the 30th anniversay of the start of diplomatic relations between South Korea and Russia. Yesterday was a big celebration day and Russian Foreign Minister Sergey Lavrov is in Seoul. It is some signal to Russia and South Korea.

“I would say this is just the beginning of North Korean fervour. North Korea may gradually launch several types of missiles. North Korea will confirm the response of the United States and then the next attempt would say be intermediate with a range of 3,000 or 4,000 kilometres (1,865 or 2,485 miles) and then North Korea will launch long range (missiles).”

“This latest North Korean missile launch is most likely a reaction to U.S. President Joe Biden’s downplaying and seeming to laugh off their weekend missile tests. The Kim regime, just like during the Trump years, will react to even the slightest of what they feel are any sort of loss of face or disparaging comments coming out of Washington. While Biden’s comments and chuckle were clearly not meant to trigger a reaction, the North Koreans will use any pretext that is offered to raise the ante -- moving us closer and closer to the dark days of 2017.

“With its return to testing different types of missiles, Pyongyang is flirting with the limits of what it can get away with under UN Security Council Resolutions.

“The Moon government has doubled down on peace building engagement and the Biden administration is looking to complete a policy review before taking any major moves. Strategists in Tokyo worry that North Korea is taking provocative actions to undermine cooperation among Japan, South Korea and the United States. The three countries are trying to get on the same page about deterrence, sanctions and engagement.

“North Korea’s military activities after reaffirming ties with Beijing raise questions about how China is complicit in sanctions evasion and may be enabling the Kim regime’s threats to the region. This will increase calls in the U.S. and elsewhere to sanction Chinese firms involved in illicit trade.”

“Every day that passes without a deal that tries to reduce the risks posed by North Korea’s nuclear and missile arsenal is a day that it gets bigger and badder.”