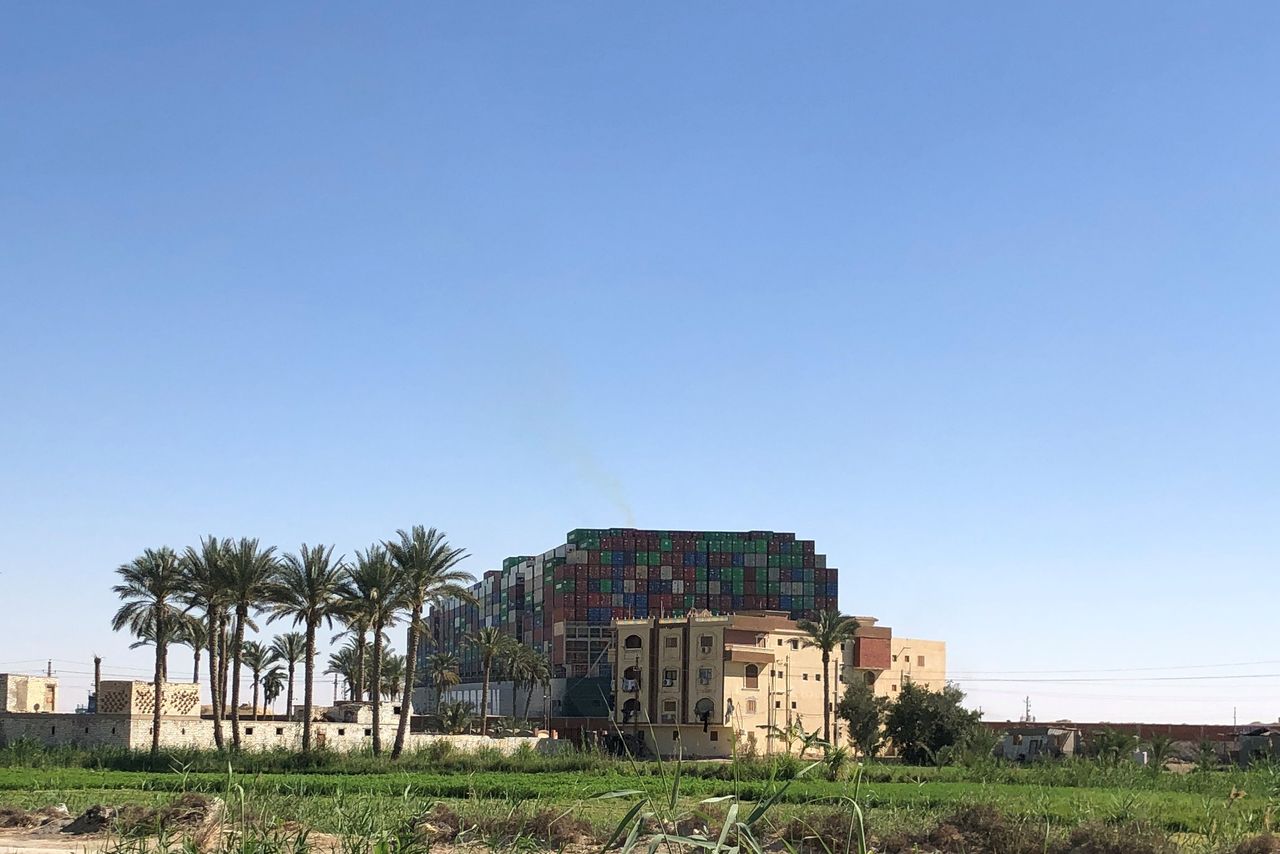 Stranded container ship Ever Given, one of the world’s largest container ships, is seen after it ran aground, in Suez Canal, Egypt March 25, 2021. REUTERS/Ahmed Fahmy

TOKYO (Reuters) - Shoei Kisen, the Japanese owner of a container ship stuck in the Suez Canal that is holding up potentially billions of dollars of traded goods, apologized on Thursday and added that it was working towards a resolution of the situation.

It said getting the ship moving was “extremely difficult”, but that there were no injuries or oil spillage caused by it running aground.

“We sincere apologize for causing a great deal of concern,” the company said in an English statement more than 24 hours after the grounding.

It said there were 25 crew on board, all of them of Indian nationality. The ship was fully laden with consumer goods bound for European markets in 20,000 standard shipping containers.

The specialist salvage company in charge of trying to get the ship moving describes it like a “beached whale”. The 400 metre (about 440 yards) container ship has resisted attempts to get it to move off the sandy edge of a narrow portion of the Canal.

The ship wedged against the edge of the Canal after losing control of steering in high winds.

Shoei Kisen and insurers of the ship, one of the world’s largest ever stuck in the Suez Canal, face claims totalling millions of dollars, even if it is refloated quickly, industry sources said on Wednesday.