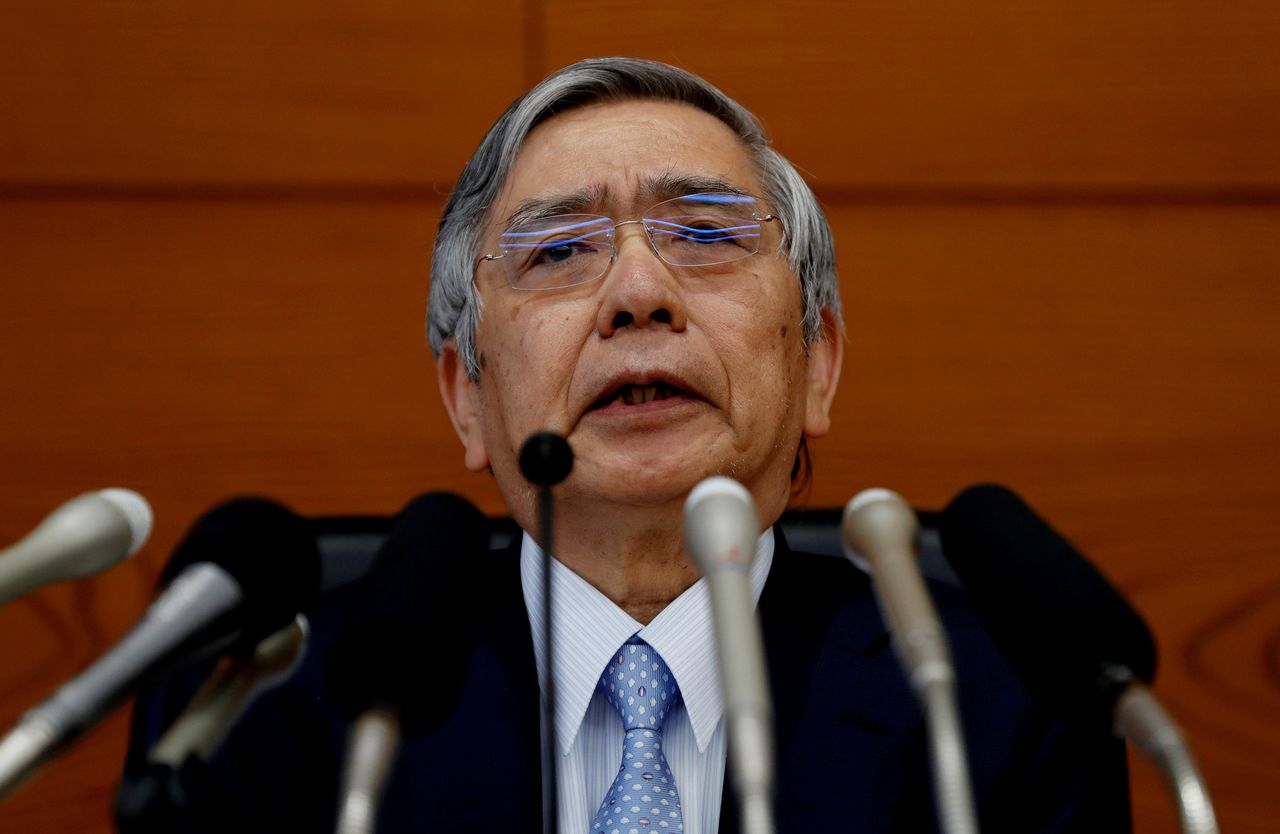 TOKYO (Reuters) - Bank of Japan Governor Haruhiko Kuroda on Thursday called on central banks to take “forward-looking steps” to manage the financial risks associated with climate change, wading in on a growing debate among policymakers over how deeply they should engage with the issue.

Kuroda said there were various challenges in managing climate-related financial risks, such as the difficulty of setting scenarios for stress tests and a lack of data.

But such challenges are no reason to delay efforts to address climate risks, he said, warning that climate change could “destabilise the financial system” in the long run.

While setting a course towards reducing greenhouse gas emissions is primarily the government’s responsibility, central banks must take necessary measures against the impact of climate change given its powerful impact on the economy, he said.

“Central banks must take forward-looking steps and make steady progress in overcoming (challenges) in cooperation with other stakeholders,” he said in a BOJ-hosted online international workshop on climate-related financial risks.

Kuroda, however, added that any response central banks make on climate change risks must be in line with their mandates and backed up by “solid evidence” on the degree of risks.

With climate change posing a growing risk to financial stability, central banks are examining their own role in driving a transformation.

But there has been some disagreement among central bankers about how far they should go. While European Central Bank President Christine Lagarde has advocated central bank action on climate change, the Federal Reserve has been more cautious.

In a report released on Wednesday, an umbrella group of central bankers said while central banks need to fight climate change, all policy options on the table come with costly drawbacks.