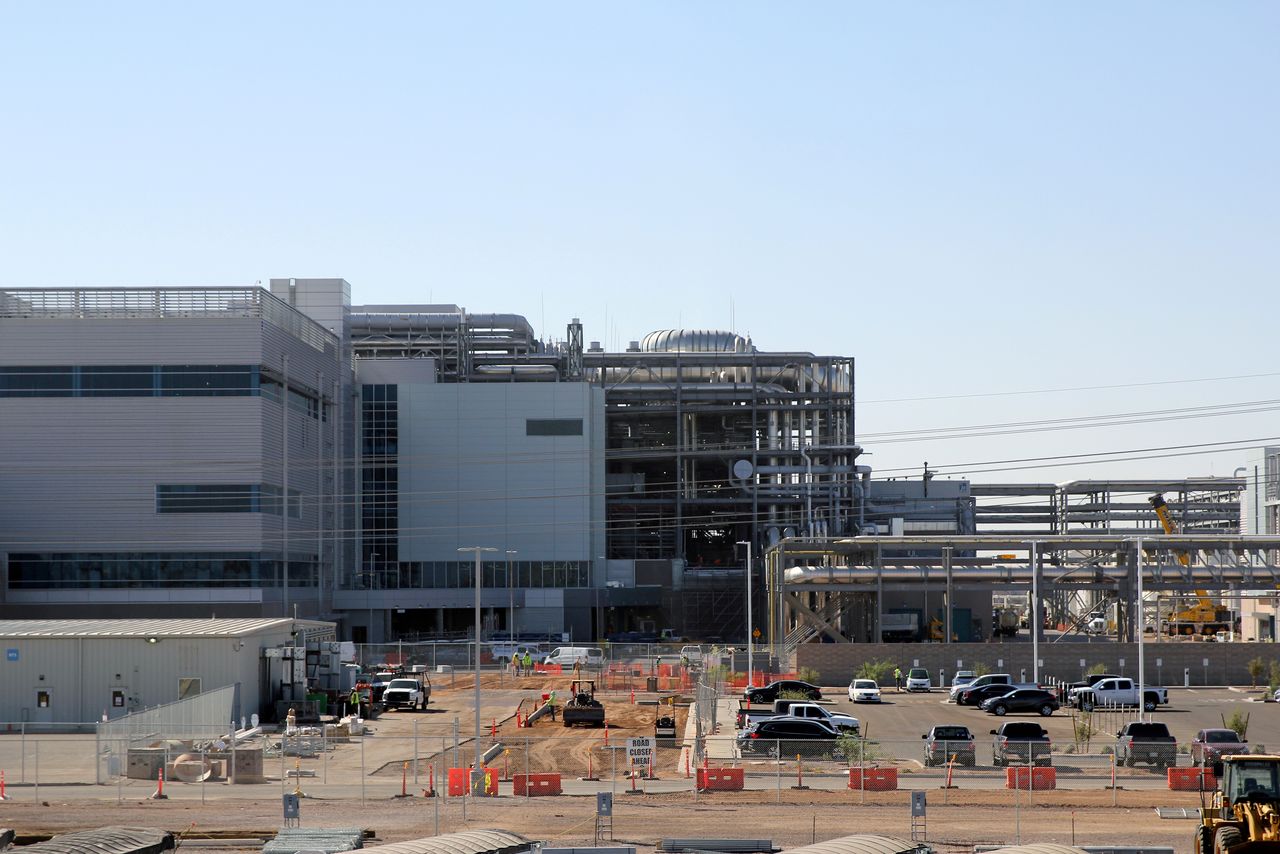 By Douglas Busvine and Mathieu Rosemain

(Reuters) - Governments around the world are subsidizing the construction of semiconductor factories as a chip shortage hobbles the auto and electronics industries and highlights the world’s singular dependence on Taiwan for vital supplies.

But beyond a consensus that something must be done to diversify supplies, divisions over strategy are emerging along with concerns that free-spending governments could spur over-building in an industry that has historically been highly cyclical.

Governments in the United States, the European Union and Japan are contemplating spending tens of billions of dollars on cutting-edge “fabs,” or chip fabrication plants, as unease grows that more than two-thirds of advanced computing chips are manufactured in Taiwan. Earlier this week, a top U.S. military commander told U.S. lawmakers that a Chinese takeover of the island was the military’s foremost concern in the Pacific.

China has also offered a myriad of subsidies to the chip industry as it tries to reduce its dependence on Western technology, including $29 billion in 2019, helping feed arguments that Western governments need to step up.

The need for chip plants outside Asia has helped prompt Taiwan Semiconductor Manufacturing Co (TSMC) and Samsung Electronics Co Ltd - the only two chip contract manufacturers capable of making the most advanced computing chips - to draw up plans for new factories in the United States and vie for what could be $30 billion or more in U.S. subsidies.

And Intel Corp, another of the “Big Three” which also makes cutting edge chips, dramatically changed the playing field on Tuesday when it disclosed plans to throw open its factory doors to outside customers and build a new factory in Europe in addition to two new ones in the United States.

The net result could be a government-backed restructuring of the semiconductor industry after decades in which American and European chip firms outsourced their manufacturing to Taiwan and Korea in the name of efficiency and delivering ever cheap computing power to billions of people.

“We’re in a situation now where every country is going to want to build their own fab,” Dan Hutcheson, chief executive officer of VLSI Research, told Reuters. “We’re going from this global interconnectedness to vertical silos everywhere.”

In Japan, Canon Inc, Tokyo Electron Ltd and Screen Semiconductor Electron will join a government funded 42 billion yen ($385 million) program that will work with firms such as TSMC to develop advanced 2-nanometer chips. Japan wants to ensure it is able to build advanced semiconductors in the future and aims to build a test line near Tokyo with help from TSMC.

Even India, with little chip manufacturing infrastructure, hopes to build on its strengths as a design center for global chip firms and lure factories with new subsidy programs.

Lawmakers in the United States, meanwhile, are preparing to authorize $30 billion or more for chip investments via an existing Pentagon funding bill and a clutch of new measures being championed by Senate Majority Leader Chuck Schumer.

Local officials, as well as the companies, are already scrambling for the bounty. Intel this week committed to Arizona, which has a generous state tax-abatement program as well as an established chip-making ecosystem, and analysts expect it to be a big recipient of the federal funds.

TSMC has also agreed to build a $12 billion fab in Arizona, partly at the behest of the Trump Administration. Samsung, for its part, is negotiating a second factory in Austin, Texas.

The most complex tensions are in Europe, where EU officials are clashing with national governments over whether Europe should jump into the costly race for advanced computer chip factories - a policy promoted by powerful EU internal market chief Thierry Breton - or double down on its existing strategy of specializing in niche chips. That approach is favored by the German government and many companies.

Intel in its announcement this week indicated its interest in building in Europe, and became the first of the “Big Three” chipmakers to back an EU goal of doubling its share of high-end chip output to 20% over the next decade. “Europe dropped out of this race a long time ago and no longer has the necessary local know-how,” said Helmut Gassel, head of strategy at German chipmaker Infineon, which has specialized in power chips and is the leading supplier to the car industry. At the same time, frustration is growing about slow progress of an existing EU project on microelectronics. German officials have said 50 companies - virtually all of them pursuing the niche chip strategy that has been successful in recent decades - have applied for funds from the program.

“Each time they see each other they talk about it. The goal is to have a decision by June,” the official said, adding that the cost of such a project could be as high as $20 billion.

If the plans among world governments come to pass, the semiconductor industry could come to look much more like it did in the 1970s and 1980s, when each nation viewed chips as critical to their communications and defense.

But the risk, said VLSI’s Hutcheson, is that the world builds too much chipmaking capacity, sending prices down and wiping out big swathes of the industry, similar to a crash in the 1980s that shuttered chip factories from Australia to South Africa.

“From a taxpayer perspective, it really begins to be this question of, do we really want to start another Cold War, where semiconductor fabs are the equivalent of nuclear weapons, where we’re wasting all these resources?” Hutcheson said.