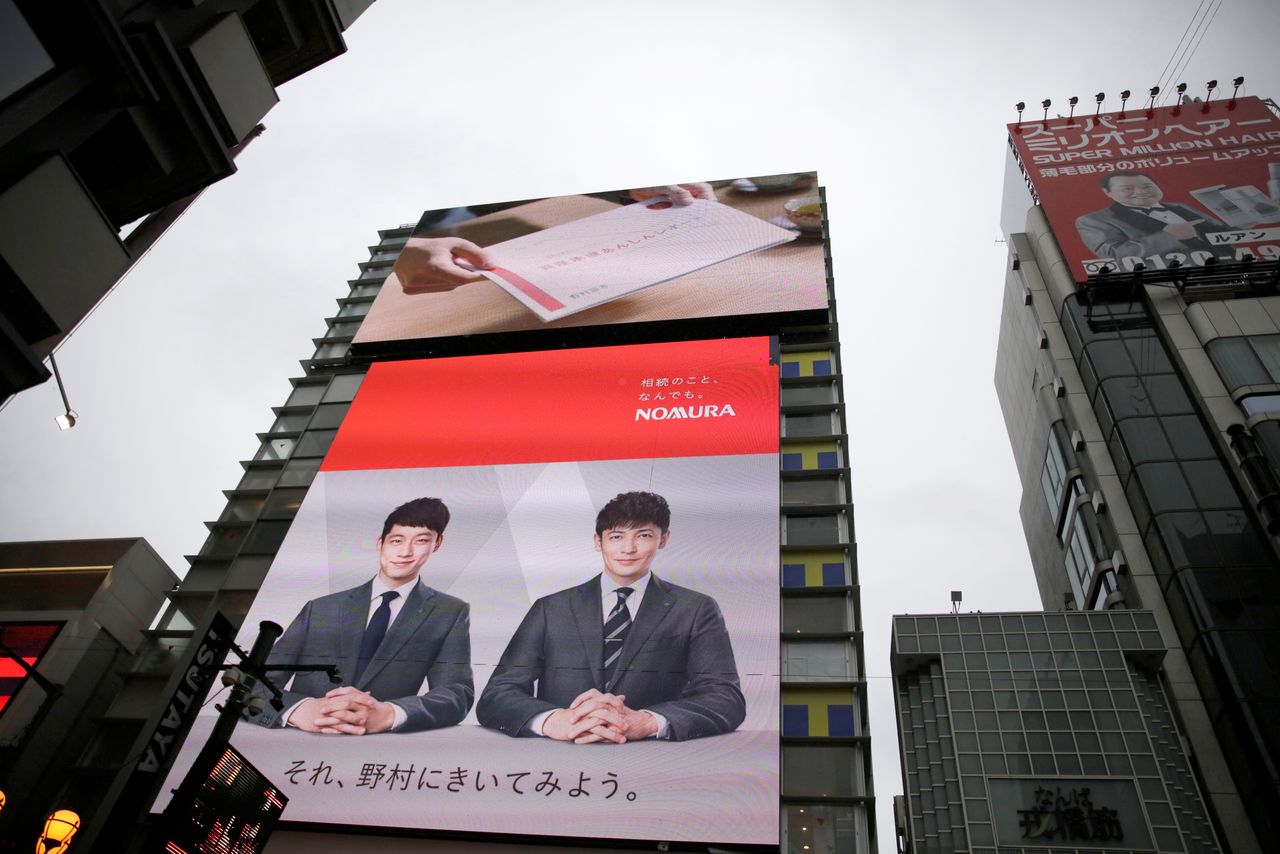 By Makiko Yamazaki and Stanley White

TOKYO (Reuters) -Nomura Holdings Inc on Monday flagged a possible $2 billion loss at a U.S. subsidiary, prompting Japan’s biggest brokerage and investment bank to shelve a hefty bond issuance and sending its stock tumbling by the most in over a decade.

Nomura’s stock was greeted by a deluge of sell orders at market open, pushing its price down as much 16% in early trade.

The firm in a statement said the $2 billion hit derived from transactions with a U.S. client. It based the estimate on market prices as of March 26 and said it could change depending on the unwinding of the transactions and market fluctuation.

The announcement came after a series of block trades in the United States on Friday that investors said caused drops in the stock prices of numerous companies. The trades were linked to sales of holdings by Archegos Capital Management, a person with knowledge of the matter told Reuters.

Nomura’s loss was related to Archegos’ trades, Bloomberg reported citing people familiar with the matter, one of whom said Archegos was a prime brokerage customer of Nomura.

Nomura said it is assessing the impact of the potential loss on its consolidated earnings for the year ending March 31 -scheduled for release on April 27 - and would cancel the planned issuance of $3.25 billion in senior notes.

“As long as these losses are one-off in nature, 1H FY3/22 should be the timing of recovery, thus the impact on the longer-term outlook is relatively limited,” Jefferies analysts wrote in a research memo.

The recent performance has been driven by its U.S. business, which includes investment banking and equity and bond trading.

“Nomura Holdings should be able to absorb losses of this size,” one broker told Reuters, declining to be identified as they were not authorised to speak to the media.

“It does raise a question of whether there are losses at other Japanese investment banks that just haven’t been revealed yet, but at this point it looks like this problem only affects Nomura. This is not something that will bring down the entire equity market.”

Chief Cabinet Secretary Katsunobu Kato on Monday said the government would monitor the situation carefully and that the Financial Services Agency would share information on the matter with the Bank of Japan.