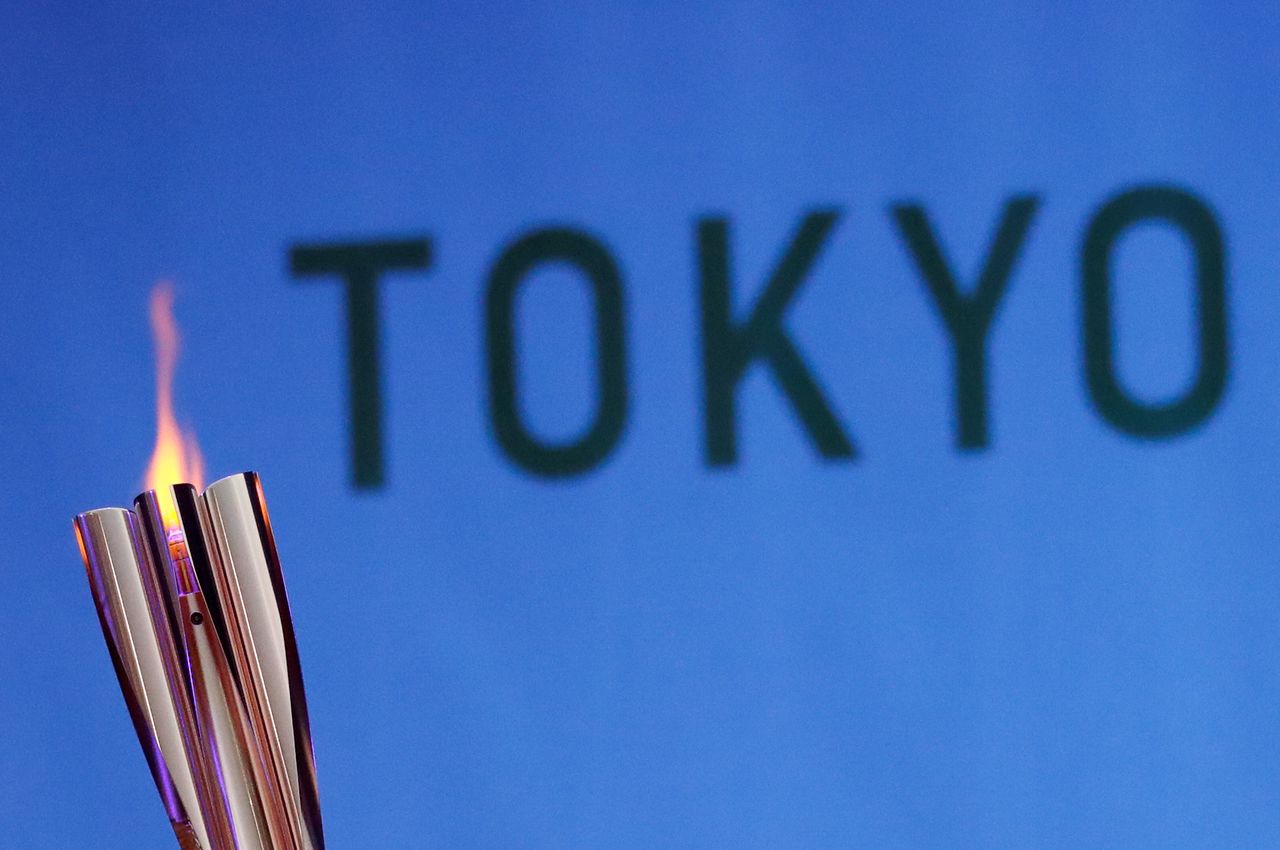 FILE PHOTO: The Olympic torch is seen at Hibarigahara Festival Site, during the last leg of the first day of the Tokyo 2020 Olympic torch relay, in Minamisoma, Fukushima prefecture, Japan, March 25, 2021. REUTERS/Issei Kato

TOKYO (Reuters) - International athletes could be invited to participate in test events before the Tokyo 2020 Olympic Games this summer, organisers said on Monday.

The events will be a dress rehearsal in how to prevent the spread of COVID-19 as organisers host an international sports event during a global pandemic.

“At the moment we are currently gauging how many athletes would like to participate in the test events... We will coordinate with the government once we can confirm those numbers,” senior Tokyo 2020 official Yasuo Mori told reporters.

Test events for five competitions, including track and field and the marathon, could involve foreign athletes participating, the organisers said.

Asked what Tokyo 2020 would do with the test events if there were another wave of coronavirus infections, Games Delivery Officer Hidemasa Nakamura said they were “inextricably linked with the domestic and local coronavirus situation.”

Tokyo 2020 is planning 18 test events before the Games begin on July 23. Test events for skateboarding and shooting were this month postponed from April until May because of the pandemic’s impact on scheduling.

The Olympic Torch relay started last week, with bystanders asked to stay masked, stand apart and clap instead of cheer for torchbearers as organisers try to ease public safety concerns.

Tokyo 2020 organisers have banned international spectators from attending the Games. The decision appeared to be received positively by the Japanese public, with 85% in favour according to a poll by daily Asahi Shimbun published last week.

The same poll also suggested that people were still wary of holding the event this summer, with 36% preferring another postponement, 33% an outright cancellation, and 27% saying the Olympics should be held as planned.