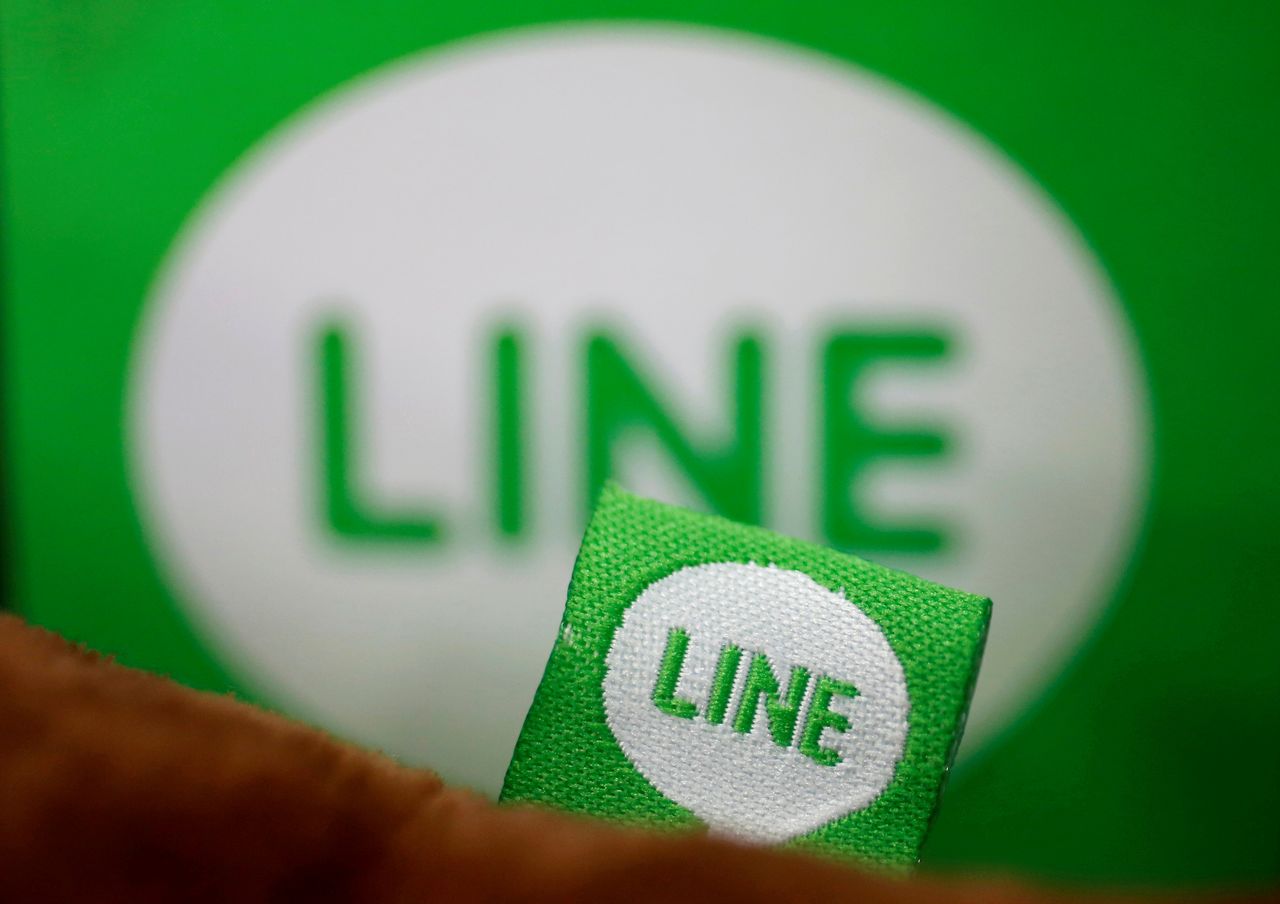 FILE PHOTO: The logo of free messaging app Line is pictured on a smartphone and the company’s stuffed toy in this photo illustration taken in Tokyo, Japan, Sept. 23, 2014. REUTERS/Toru Hanai/Illustration/File Photo

The decision comes after domestic media reports this month that four engineers at a Line affiliate in Shanghai were allowed to access servers in Japan from 2018 that contained the names, telephone numbers and e-mail addresses of users.

Following the reports, a spokesman for Line, which has 186 million users worldwide, said the company has since blocked access to user data at the Chinese affiliate.

“The government will halt the use of Line when handling sensitive information for now, and set up a task force swiftly, so that usage guidelines can be compiled soon,” Kato told a regular news conference.