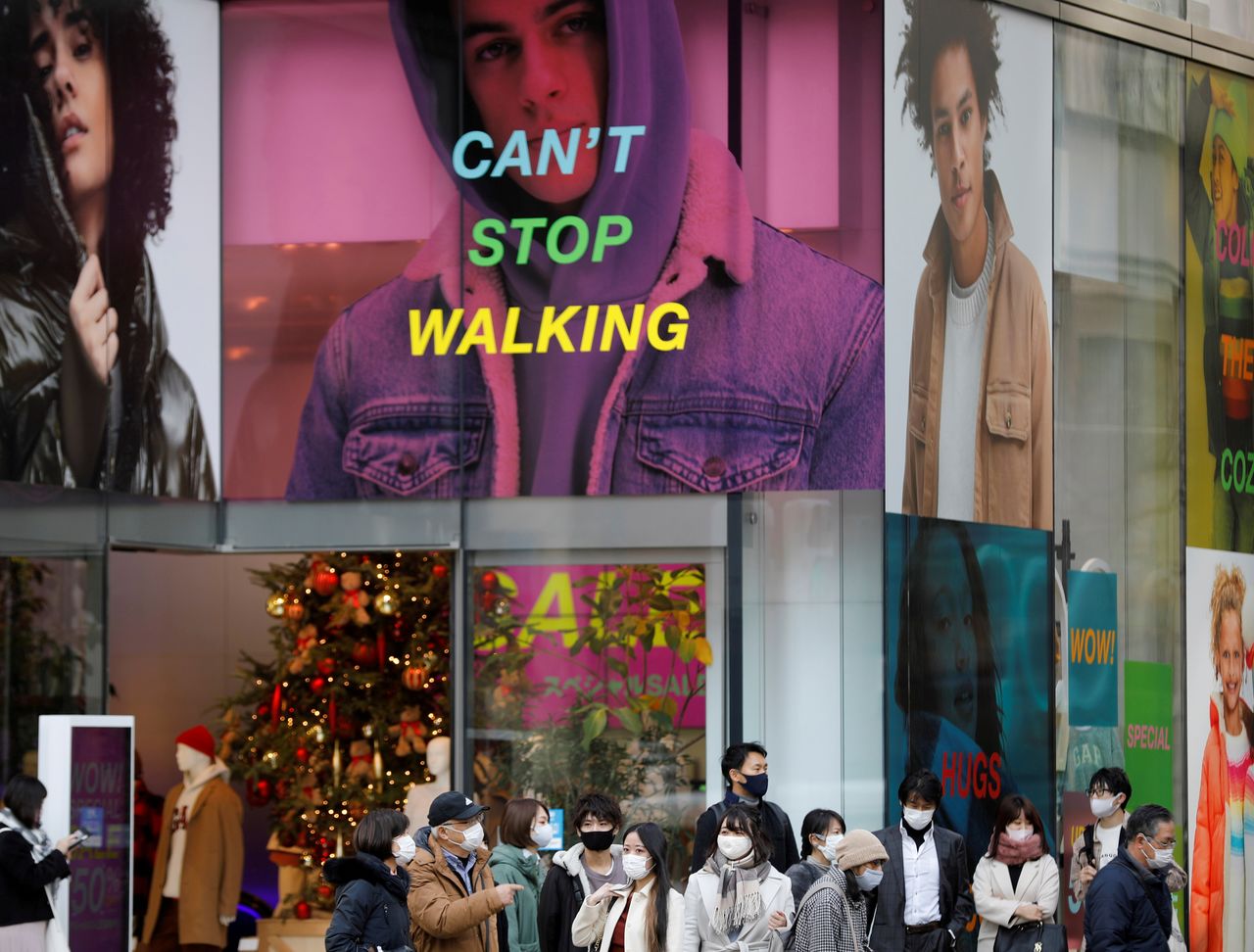 By Yoshifumi Takemoto and Daniel Leussink

TOKYO (Reuters) - Japanese retail sales fell for the third straight month in February as households kept a lid on expenditure amid the coronavirus emergency, underscoring the fragile nature of the economy’s recovery from last year’s slump.

Retail sales lost 1.5% in February from a year earlier, government data showed on Tuesday, a smaller fall than the median market forecast for a 2.8% drop.

But it marked the third straight month of declines following January’s 2.4% fall and a 0.2% drop in December.

“That the coronavirus isn’t subsiding is a major reason to worry about a delay of an economic recovery,” said Atsushi Takeda, chief economist at Itochu Economic Research Institute.

“Clothes aren’t selling because people aren’t going out,” he said. “People are not really returning to commercial facilities, the trend is for them to go shopping at supermarkets in their neighbourhoods.”

The broader decline in retail sales was driven by falls in spending on items such as clothing, toiletries and general merchandise, the data showed.

Compared with the previous month, retail sales rose 3.1% on a seasonally adjusted basis.

Separate data showed the nationwide seasonally adjusted unemployment rate was steady at 2.9%, lower than the median forecast of 3.0%.

There were 1.09 jobs per applicant in February, down from the previous month’s 1.10, labour ministry data showed.

The world’s third-largest economy is set to contract by an annualised 6.0% in the current quarter, which would be the first decline in three quarters partly due to sagging consumer spending, according to the latest Reuters poll data.

Some analysts are worried that a longer contraction in household spending and weakening exports raise the prospect of a slower economic recovery than initially thought.